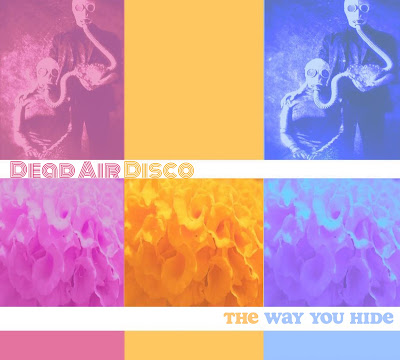 It’s surreal and it’s flattering to see your name (and your blog’s name) in the “thank you” section of the liner notes to an album, and that’s precisely what has occurred with the sophomore LP from Dead Air Disco.

I wish I knew how exactly Dead Air Disco mastermind Jason Lajter discovered this blog—but at some point in 2014, he did, and eventually he asked me to take a listen to the band’s debut album, Then By The Quiet, which I did, and gave a favorable review to.

Lajter is back with The Way You Hide, which, much like how I described its predecessor, is “your hard rock past tumbling out of the closet.” Or in this case, my hard rock past—it wasn’t always ambient droning and literate indie bullshit for me. No. In the 90s, when I was in junior high and high school, I dabbled in the “hard rock” of the times—so part of what makes listening to Dead Air Disco so fun for me is to hear Lajter’s refreshing take on what I spent part of my teenage years indulging in. 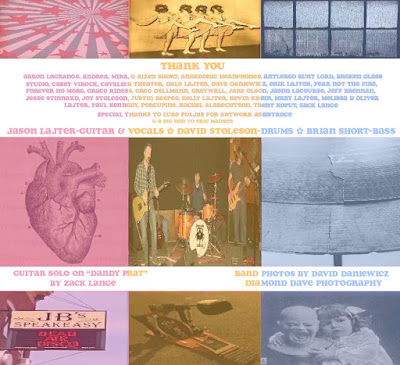 The Way You Hide expands on the sounds from Dead Air Disco’s debut, and raises the level on the production value—self recorded and mixed, here Lajter experiments in a number of places with panning specifics left to right, as well as the inclusion of additional sonic elements (spoken word segues, mostly) on “Imager” and “Dandy Prat.”

One of the things that stood out right away on this record is the variety guitar tones used: including the thick delay and flange used at the beginning of the album standout “Vegas in Black and White,” and the shimmering waves of “Parasitic Twin.” When the distortion pedal isn’t turned up all the way for the maximum crunch a bulk of the material here has, it’s these moments that add both depth and diversity to the album’s soundscape.

Paced evenly throughout, the album is structured to build toward two key songs—the slow motion catharsis of the acoustic-guitar driven “Borrowed Bodies,” and the visceral, raw emotion of the album’s theatrical closing track, “The Future Rejected Me.”

Lajter wears his influences on his sleeves, and there is absolutely nothing wrong with it. On The Way You Hide, you can hear traces of Hum and Failure, as well as some of the more downcast elements of Soundgarden on the somber “Wake.” Emulating what came before you is one thing, and here, there is emulation, but there’s also something modern included as well.

Self-deprecating, aggressive, and most importantly, loud, The Way You Hide is overall an invigorating listen, as I expected it would be. In some cases, I would go so far as to say it’s a bit of a working class look at the human condition in 2016. Even if “hard rock” didn’t exactly age along with you (as it didn’t for me) it’s a record like this that provides a meticulous sounding fresh take and a fun look back on something I once held rather close.