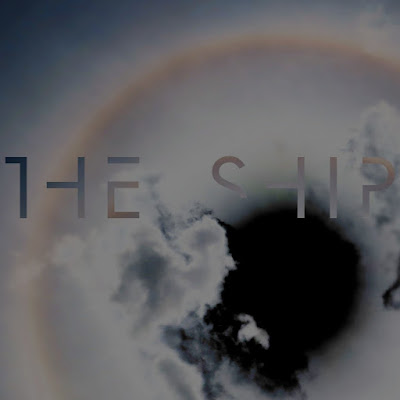 Whoooo boy. Where do I begin with this one?

If you are familiar at all with the landscape of contemporary popular music over the last 40 years or so, the name Brian Eno may mean one of many things to you—perhaps you know him for his work in the seminal glam rock outfit Roxy Music in the early 1970s; perhaps you know him for his association with Talking Heads; maybe you are familiar with his collaborations with David Bowie in the late 1970s on “The Berlin Trilogy” of albums; maybe you associate him with ambient music, like the classic Music For Airports series; or perhaps you know of his Oblique Strategies card deck, developed to encourage lateral thinking and break creative blocks in the studio.

At almost 70 years old, Brian Eno has done a lot, and still continues to do a lot—he’s still an in demand producer, working with the likes of U2 and Coldplay.

Eno’s last album, 2012’s Lux, was a charming, soothing, four-part ambient suite of music that had been created for installations in art galleries, and was premiered over four days in an airport terminal.

Unfortunately, Eno’s most recently released effort, The Ship, is neither charming nor soothing.

Combining a 21 minute title track, a three-part sequence called “Fickle Sun,” and a very tense bonus track if you sprung for the Japanese edition of the album, The Ship is an odd amalgamation of both Eno’s ambient, electronic work, forcibly juxtaposed with half-sung, half spoken dialogue.

While Brian Eno is known for many things, and perhaps at one point, early in his career, his vocals may have been one of them—but in 2016, that is not the case, as I found out six minutes into “The Ship.”

Things were going along perfectly well with all the various noises and beeps and boops, and then out of nowhere, Eno comes in, his voice distorted through a number of filters, slowly croaking “The ship was from a willing land.” Dude kind of scared the shit out of me, rolling up unannounced like that, so far into the song.

And so that’s kind of what happens on The Ship. Like, if Eno were to release the instrumentals of the first three pieces of music on this album, I would totally be okay with it. But instead, we get his head scratching slow motion half sung, half spoken poetic musings—and in some cases, it’s more than half spoken, like in the second movement of “The Fickle Sun.”

However, there is one reprieve in all of this—arriving as the closing movement of “The Fickle Sun” is a surprisingly accessible cover of The Velvet Underground’s “I’m Set Free.” In Eno’s hands, he polishes some of the ramshackle unevenness of the original, smoothing it out to sound lush, shimmery, and cinematic—reminiscent of mid 1990s Brit Pop at its finest, like Great Escape-era Blur.

As mentioned earlier, the Japanese version of The Ship concludes with a seven-minute piece entitled “Away”—it crafts a tense, unsettling build that combines several layers of droning, and (unfortunately) more of Eno’s vocal contributions before it resolves into the ether following multiple startling keyboard squawks. Tacked on at the end of the album—specifically an album designed around a three-part song-cycle, it is definitely an afterthought, and is not exactly essential listening.

In the end, The Ship is most definitely designed for the Eno die-hard fan—one that has followed his career from the beginning and can probably appreciate what he’s doing here a little more than I can, as only a very casual Eno listener.