Album Review: Mary Chapin Carpenter - The Things That We Are Made Of 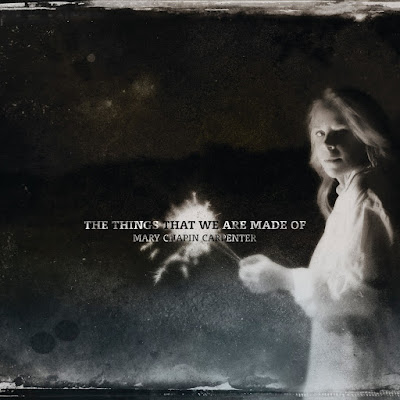 One of the things that struck me right away about the new Mary Chapin Carpenter album, The Things That We Are Made Of, is its weary, fragile, and evocative beauty. It paints a lot of stark portraits throughout its running time, using imagery of maps and of hearts, and of the loneliness of traveling, all while pensively looking back and attempting to look ahead.

Even with its few upbeat sounding, accessible moments, like the album’s opening track and lead single, “Something Tamed, Something Wild,” the other thing that struck me about this record was just how sad it was—the arrangements are incredibly heartbreaking, and Carpenter’s voice, at nearly 60 years old, is strong and here, there is no escaping the melancholy that permeates almost every track.

My mom started listening to country music in 1994, so I grew up during Carpenter’s early 90s run of hits—“He Thinks He’ll Keep Her,” “Passionate Kisses,” and “Shut Up and Kiss Me.” Pigeonholed as a country singer, she has tried to transcend that label over the course of the last 20+ years—and this late into her career, she’s succeeded. The Things That We Are Made Of, at its core, is an Americana record—sharing sonic and thematic similarities with the most recent Neko Case record, and with Ryan Adams’ more introspective (and twangier) moments.

Despite its heavy tone, The Things That We Are Made Of is compulsively listenable from start to finish—there are no clunkers, no moments that make you want to skip ahead to the next track. Even with some songs that are less successful or memorable than others, from start to finish, it takes a hold of you, and it doesn’t let go, enveloping you in its gorgeous, devastating layers.

Structurally, the album seems to get progressively sadder, or at least more somber, as it goes—the slow motion, introspective “Hand on My Back” arriving slightly after the halfway point, followed by the sweeping “The Blue Distance.”

The album’s finest moment arrives in its conclusion—the title track.

“If the past’s another country, I’m at the border with my papers,” Carpenter sings in a fragile, quiet voice, against minimal instrumentation—the song itself, a hypnotic, evocative, incredibly emotional meditation on the inescapable regret we carry with us, and the lives we’ve chosen to live—a culmination of the ten songs that have proceeded it.

The album’s digital edition comes with two bonus tracks—and really, they are just as good, if not better, than some of the material found in the album’s eleven songs. “Between The Wars (Charleston 1937)” works to paint a very striking, vivid, and literate picture, while “88 Constellations” strikes a delicate balance between sounding incredibly triumphant while still maintaining the heartbreak of the rest of the album. It also serves as a bit of a reprieve of epilogue to the album’s title track: “Trade the baggage of the past, for the lightness of being,” Carpenter sings in the song’s final verse.

An album like The Things That We Are Made Of doesn’t come along very often—something so surprising, something so delicate and devastating to listen to. Her days of selling country crossover platinum records may be over, but this set of songs serves as a reminder that Mary Chapin Carpenter is a relevant, gifted, and powerful songwriter. Commendable in just how open and honest it is in imagery and personal storytelling, it stops short in being too revealing, allowing it to still be the kind of experience a listener can see pieces of themselves in.