I Lived Low Enough So The Moon Wouldn't Waste Its Light on Me (or, Some Thoughts on Jason Molina) 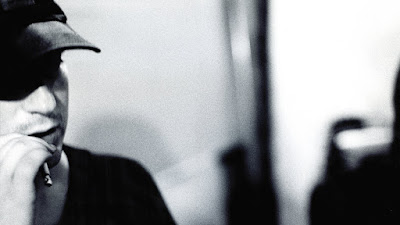 The idea of ‘trying’ turns up an awful lot in the lyrics of Jason Molina—I mean, so does imagery of the Midwest, the moon, a palpable darkness, and various birds, but ‘trying’ is a concept that he returned to regularly—on his final ‘solo’ album, 2006’s stark Let Me Go, Let Me Go, Let Me Go, it appears in song titles: “Everything Should Try Again,” and “Some Thing Never Try”; and famously, it appears in what amounts to a refrain in “Farewell Transmission”—“I will try, and know whatever I try. I will be gone—but not forever.”

Everybody handles celebrity deaths, or at least, the deaths of figures you felt were important, differently. Bowie, Prince, Chris Cornell, Mark Linkous—it’s upsetting, sure, and some to a greater extent than others. It lingers slightly when you revisit their recorded works, but for me, it’s something that, for the most part, I’ve been able to move beyond.

Five years later, after reading the headline on the morning of March 18th, I am still shook. It’s not surprising, I guess, that for somebody who was capable of making such spectral music, that he still haunting me.

I had been aware of Jason Molina, and all his various outlets—Songs: Ohia and The Magnolia Electric Company—for a number of years, but I guess you could say I found him, and started listening, when I needed his music the most. It was toward the end of 2012, after a particularly rough year. And the more I listened, really listened, the more it spoke to me, and the more I found myself in it.

Found underneath all those fragmented and ambiguous images of the moon and birds and the Midwest, there is that very visceral and completely terrifying darkness to a bulk of his canon—he references it very bluntly in the handwritten liner notes to The Magnolia Electric Company album: “I am mostly in these songs, saying things I already feel before it got so much darker...”

With that darkness comes an urgency, a desperation, and truth. It’s a hard to pick just one lyric that resonates when so many of them do—hitting too close to home, cutting too deep, or simply just knocking the wind right out of you.

You hear it in the way his fragile voice delivers the line, “It’s easier now; I just say I got better,” on the opening track to Let Me Go; you hear it in the disdain that courses just underneath the iconic first few lines of “Didn’t It Rain?”—“No matter how dark the storm gets over head, they say someone’s watching from the calm at the edge. What about us who are down here in it? We gotta watch our own backs.”

You hear it in the way he uses the word ‘endless’ eight times when describing ‘depression’ on “Blue Chicago Moon”—something that will stick with me for the rest of my life.

You hear it in the unhealthy and obsessive way he describes love in early Songs: Ohia material, like on The Lioness—“It is that look of the lioness to her man across the Nile; I want to feel my heart break, if it must break, in your jaw. I want you to lick my blood off your paws. If you can’t get here fast enough—I will swim to you,” he belts on the album’s titular track. Then, just before that on “Being in Love,” possibly one of his most profound phrases—“We are proof that the heart is a risky fuel to burn.”

You hear it in how self-deprecating and effacing his lyrics became after his struggle with alcoholism started to claim more and more of him, specifically on Let Me Go, which is, I think, his most brutal and personal album—perhaps that is why it is only one of two records he released under his own name.

I’m not the only one who is still haunted by the ghost of Jason Molina; feeling his presence and pain when listening to his work.

My internet friend, singer-songwriter Joe Goodkin, is also among the haunted; but he is also one of many that was inspired by Molina as an artist.

“’Farewell Transmission’ is a song you never forget hearing for the first time,” Goodkin told me. “Especially the ‘listen’s at the end of it. That is one of the scariest songs I’ve heard to this day…you feel like you’re listening to human experience laid bare before you in its most vulnerable form.”

Goodkin was also taken by Molina’s work ethic and productivity—up to his full descent into crippling alcoholism, he was incredibly prolific. “His work ethic led me to get more serious and disciplined about my own songwriting craft,” he said.

Rarely a drinker until the early 2000s when, according to Riding With The Ghost, a biography about Molina, a combination of boredom, loneliness, and depression got to him, and his reliance and abuse of alcohol became a decade long form of slow, painful suicide. It destroyed nearly all of his relationships—his bands and friends, terms with his label, and his wife—and then, it eventually destroyed his body, succumbing to multiple organ failure, found dead in his sparse Indianapolis apartment.

The idea of ‘trying’ turns up an awful lot in the lyrics of Jason Molina, and he spent the last four years of his life trying, but ultimately failing every time. He disappeared from the public eye, with very few updates provided for his cult-like fanbase. When updates were provided, they were purposefully vague, citing Molina’s ‘ongoing health issues,’ as the reason that tours had ben canceled or that he was no longer recording.

Shuffled in and out of hospitals and rehab facilities across the Midwest, the East Coast, and abroad, in 2012 he resurfaced and updated fans with a note, written in an optimistic tone regarding the future—less than a year later, he was dead.

Certainly, there is a vault somewhere in Bloomington, Indiana, at the Secretly Canadian offices, where unreleased material that Molina recorded during his final years is housed—it’s alluded to in Riding With The Ghost. But is this material that we want to hear? Are these songs that need to be heard?

Or should we just be thankful for his abundant output during his lifetime, and not hope for anything more, or anything ‘final’?

For awhile, it seemed like his label was content with putting together deluxe reissues of his back catalog; certainly the lavish 10th anniversary edition of The MagnoliaElectric Company was already in the works before Molina died, arriving near the end of 2013. A slightly less lavish reissue of the equally as important Didn’t It Rain? arrived the following year.

However, since then, Secretly Canadian has really offered repressings of less popular Molina efforts, like 2009’s Josephine, as well as a few t-shirts, and some ephemeral 7” singles of covers.

Should we just be thankful for what we have, the way we had it, and not hope for anything more? Where is the line between honoring, remembering, and possibly introducing his music to new audiences—and sheer exploitation and financial gain? When does that line get crossed?

Included in the deluxe reissue of Didn’t It Rain? was a large poster that combined the stark album artwork, Molina’s handwritten lyrics to the first few lines of the titular track, and album credits. I bought an inexpensive frame from Target, and the poster hangs on ‘my side’ of our bedroom—large, dark, it casts a bit of an ominous shadow above where I place my clothes for the next day.

It’s a reminder, I guess. Molina’s music—some of it more than others—they aren’t songs you want to hear all the time. The thing about him as a songwriter is that he didn’t dress anything up. Elliott Smith wrote some devastating songs; some of them were arranged to break your heart, but some of them weren’t. Some of them have pretty bleak lyrics, but are delivered under the guise of a pop song, like “Miss Misery” and “Waltz #2.”

Molina didn’t do that; he couldn’t do that. Whether it was the ramshackle, sloppy, idiosyncratic lo-fi folk of the Songs: Ohia early years, his few flirtations with the experimental, the sparse and haunting, or the Crazy Horse-esque twangy, unhinged rock—everything was laid out, and there was nothing to hide.

My internet friend Joe Goodkin is right—the way Molina says the word ‘listen’ at the end of “Farewell Transmission” is chilling—the silence in between each time he says it is like an instrument in and of itself. Even more unsettling and tense is the acoustic demo recording of the song that is included on the Magnolia Electric reissue. Despite how haunting that moment is—the song itself is exhilarating to hear. Sprawling across seven minutes, the whole things seems on the verge of falling apart, but Molina and his stable of players manage to keep it together somehow until the very end.

It’s like life, in a sense—exhilarating and on the verge of falling apart. Or, at the very least, it’s a small portion of life. Life, my life, anyway, maybe yours to—you can find it reflected in some of these songs. Molina wrote songs about the human condition: about love, about an awful emptiness, about trying.

He never prophesized his own demise, really, in his lyrics, the way some other tragic singer-songwriter figures had, though I get the impression that he was aware of his own mortality even before the slow and painful end. Molina was right, though, in the words to “Farewell Transmission,” and I keep that in mind whenever I listen to him—