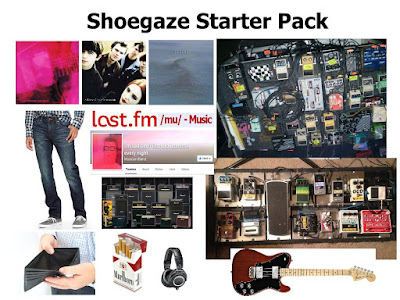 It’s been a number of years since I’ve done something audacious like write a ‘roundup’ for this site—meaning I write, like, two or three short reviews of recent albums that all fall within the same genre. I mean, there was a time, not so long ago, that I could barely pull it together enough to write reviews of one album, so doing something that required more work and more thought was practically out of the question.

It’s also been a long time since I’ve bothered listening to any new bands that tout themselves as ‘shoegaze’ acts, and in taking a listen to recent releases from Kraus, Drowse, and Teenager Wrist, I remember why this is a genre that I’ve really made an effort to shy away from—you give someone a few effects pedals for their guitar and a copy of Loveless to study and suddenly they think their band has something to say.

That isn’t always necessarily the case.

Hailing from Portland, Oregon, Cold Air is the second full-length from Kyle Bates’ Drowse, and to better understand it, you have to know a little about its compelling backstory—the album serves as a meditation on medicating yourself with alcohol and Klonopin to keep anxiety, paranoia, and suicidal thoughts away. 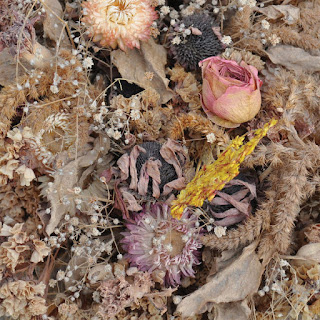 According to the press materials that accompany Cold Air, Bates suffered a severe metal breakdown a number of years ago and was heavily medicated with anti-psychotics in an attempt to stabilize him. He eventually tapered off the use of medication, but he found his condition returning, and through what is referred to as ‘fanatical self-exploration,’ he wrote and recorded Cold Air over a nine-month period of time.

So calling it a bleak, claustrophobic listen is a bit of an understatement.

Dissonant and difficult, and stopping just shy of confrontational levels of cacophony, Cold Air ends up owing a lot to Phil Elverum and the way he balances idiosyncratic, acoustic folk with black metal levels of noise. The album is a strange amalgamation of distended and detuned shoegaze with bouts of experimental instrumentalism.


There are moments where Cold Air is slightly more palatable than others—Bates taps into the more dreamy, swooning aesthetics of shoegaze on tracks like “Quickening,” and “Put Me to Sleep”; however, and maybe it’s intentional on his part in an effort to capture the disorienting nature of mental illness and prescription medication dulling the pain, but there are times when these songs are just barely keeping it together, and that can make an already temperamental album all the more challenging to absorb.

Approaching near Deafheaven levels of a pummeling wall of sound at times (minus the double kick drum) William Kraus’ one-man shoegaze project, aptly titled Kraus, has created an equally challenging, albeit for different reasons, record in Path, his second release under the Kraus moniker. Throughout the album’s 12 tracks, Kraus pushes his volumes to the extreme, burying what might be ‘pop’ songwriting underneath layer upon layer of blown out noise, Path is a record that keeps its listener at an arm’s length. 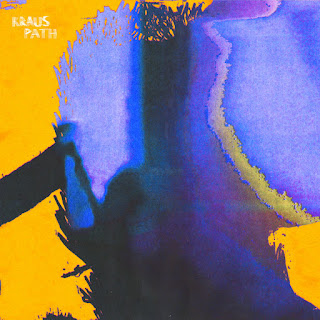 I guess that’s what makes Path such a frustrating listen—it’s so harsh and abrasive, but at the same time, there’s this sharp contrast between that and a number of songs that are catchy, or at least memorable, in structure. Billed as ‘noise pop’ in the recent write up on Stereogum, and Ian Cohen’s (I know, I know) review for Pitchfork mentions Kraus’ past obsession with Linkin Park, and compares the record to the iconic “Stars” by Hum and Siamese Dream. I guess this is as good of any way to articulate the crux of Path—it’s a record that, if the crunch and distortion was dialed back just slightly, it’d wouldn’t feel out of place among ‘alternative rock’ acts of the 1990s, or as an earnest homage to that time, but from today.

Kraus’ effected sounding harsh whisper and croak style of singing, too, can be a bit tough to work past at times, but there is something undeniably exuberant about the music found within Path.

If I described something as shoegaze meets Third Eye Blind with a little bit of emo thrown in, you would probably tell me that sounds absolutely awful—and you know what, you are right.

That’s the best way I can describe the embarrassingly titled Chrome Neon Jesus, the debut full length from the trio Teenage Wrist—a group of young men who look and dress like they have tumbled out of an Urban Outfitters or H&M catalog, and happened to pick up instruments. 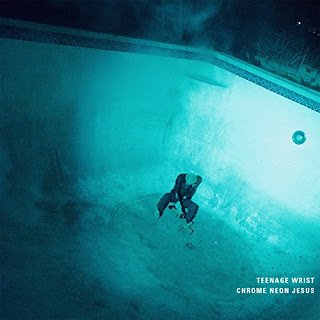 Musically, I guess Teenage Wrist is a fine band—it’s fuzzy, heavy, marginally infectious ‘alternative rock’ that dips into dramatic and dreamy territory at times. Lyrically, however, is where the problems are. Because this has got to be some of the most insipid garbage I’ve ever heard in my life.

That is, in part, why I compare them, ever so slightly to Third Eye Blind—nobody ever said that Stephen Jenkins was a great lyricist. Remember, he’s the guy who belted out “You’re a summertime hottie with your socks in the air,” as well as that awful faux-rap at the end of “Never Let You Go” that concludes with “That girl is like a sunburn I would like to save.”

There’s a little bit of Jenkins’ bratty punk sneer in the way Teenage Wrist singer and bassist Kamtin Mohager sings, as well as a flair something similar to the gothic-leaning emotional flairs of Stabbing Westward’s Christopher Hall.


“The pay phone is dead, but you’re still on the line—I guess we’re all just killing time,” “The voice of wasted youth has never been so loud,” “I’ll never be part of the supermachine,” “I can be your lithium,” “I want a girl who looks good in daylight—need her to know about sorrow in the sunshine,” and “You’re so dumb, still coming undone,” are just a small sample of the lyrical gems in store for you throughout Chrome Neon Jesus, an album that, despite its appealing instrumentation, I was completely unable to get past the lyrics, and unable to remove the wince from my face as I heard them.