Zero Chance of Ever Turning This Around 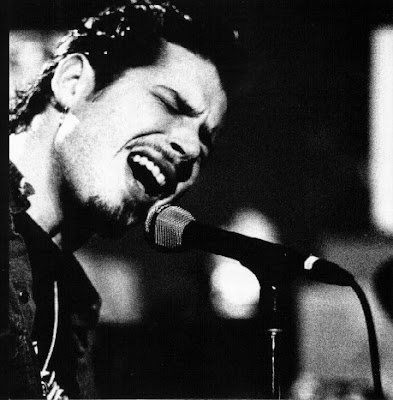 When I was in high school, the students were issued all the same day planner; outside of being a place to keep track of your assignments, the back page was to be used as a hall pass—meaning that when you got permission to go to the bathroom, you had to lug the thing with you.

Probably starting in my sophomore year, I began decorating the covers of my planner—usually with band logos that I clipped out of advertisements from Rolling Stone magazines.

In the fall of my junior year, Chris Cornell released his first solo effort, Euphoria Morning. In an issue of Rolling Stone, he was the subject of a short interview, and the pull quote that ran alongside a large photo of him was, “I haven’t had time to contemplate suicide yet today, but there’s a break after this interview.”

At 16, I thought this was unsettlingly funny, so I carefully clipped it out, and taped it onto the cover of my planner.

Later in the fall, we were to turn over these planners to our parents when they went to the annual parent/teacher conferences. I remember the day after my mother met with my teachers, she handed the planner back to me with a disapproving look on her face, sternly telling me to remove said quote.

On May 18th, I made the mistake of logging into Facebook before checking Pitchfork, or any other music news websites. The first thing I saw was a status update from Shawn Smith—a Seattle-based singer and songwriter.

“I love you,” the post begins. “All of you…words cannot express the feeling in my heart as life flashes before my eyes...” It’s followed by endless comments of condolences, and as I read them, a strange feeling passed over me, and I wondered what was going on. Who had died? Was it someone in Smith’s family? Or was it someone else?

I checked Pitchfork, and I saw the headline.

Soundgarden frontman Chris Cornell was found dead in his Detroit hotel room. The band had just finished playing mere hours before that at the Fox Theatre. Cornell was discovered after his room was forced open, following what was deemed a “welfare check” on behalf of his wife.

As the day unfolded, it was quickly determined and revealed to the press that Cornell’s death was ruled a suicide. 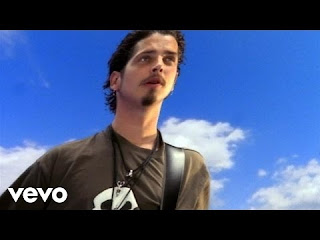 My earliest memory of Soundgarden is of watching the “Black Hole Sun” video during the summer of 1994, and being mesmerized by the unnerving and grotesque special effects. The band were on a catapult to commercial stardom based on the recently released Superunknown; “Spoonman” was the album’s first single, but at age 11, I didn’t really care for it (I still don’t, over twenty years later.) But “Black Hole Sun” was something else, it still is, and on an upcoming shopping trip to the nearest larger city to our own, I had planned to buy the album; but my mother intervened and said I couldn’t. I never really understood why.

At the end of 1996, with Christmas money, I bought a copy of what proved to be the band’s final album during their initial run—Down on The Up Side, impressed with the successful triple shot of singles: “Pretty Noose,” “Burden in My Hand,” and “Blow Up The Outside World.” My friends, who all had older siblings who had already bought the record closer to when it was released, told me about the “Hard headed, fuck you all,” mantra in “Ty Cobb.”

In 1997, following the band’s demise, I bought a copy of the A-Sides collection, though a the time (age 14), I didn’t find the band’s earliest, and heaviest, material very accessible, though the collection introduced me to other singles from Superunknown, including “Fell on Black Days,” and “The Day I Tried to Live.” 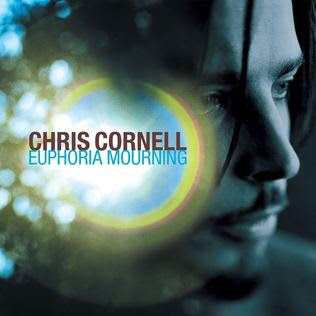 Cornell’s debut solo album, Euphoria Morning, was released the same day as Nine Inch Nails’ The Fragile (which is funny, since Superunknown was released the same day as The Downward Spiral.) I bought both The Fragile and Euphoria on release day after I was finished with school for the day, and I listened to them both frequently throughout that fall.

Soundgarden’s music didn’t really grow with me into adulthood; it’s something I left behind alongside a lot of the heavier music I used to listen to when I was a teenager. And despite appreciating the subtle groove of “Like A Stone,” I never really got into Audioslave either.

But just because this was music that didn’t grow with me doesn’t mean I didn’t lose appreciation for it, or for Cornell’s otherworldly howl. In the kitchen where I work, the occasional Soundgarden song will come on when Steve, the assistant manager of the deli department, is in charge of the music. Steve will belt it out along with Cornell as he chops vegetables or rinses out a dish, and as I hear a song like “Burden In My Hand” blaring from the tiny speakers in the kitchen, a wave of nostalgia washes over me.

I stop short of saying Cornell was shy about his struggles with depression (based on that 1999 quote alone, one could say he wasn’t) but he also wasn’t a poster boy for mental health issues. In the wake of his passing, news of his long history with depression, as well as substance abuse issues as a means of “self medicating” have come out; Consequence of Sound mentions a stint in rehab as recent as 2005 in their report on his death.

In death, it’s becomes too easy to look back for clues or signs along the way—an unsettling feeling came over me as I typed the words “Pretty Noose” earlier in this piece and making the rounds in the news is how the final song Soundgarden played in Detroit was “Slaves & Bulldozers,” with a bit of Led Zepplin’s “In My Time of Dying” interpolated in; the second to last track on Superunknown is called “Like Suicide,” which is the first thing that came into my head after the medical examiner’s report was released.

And I guess what sticks with me the most is a lyric from the song “Zero Chance.” Not a single, tucked in the first half of Down on The Up Side, you could refer to the song as a “deep cut.” A slow moving dirge, it’s possibly the one Soundgarden song that I’ve carried with me into my adult life: “They say if you look hard, you’ll find your way back home. Born without a friend, and bound to die alone.”