The Bearded Life: Thank You For Humoring Me 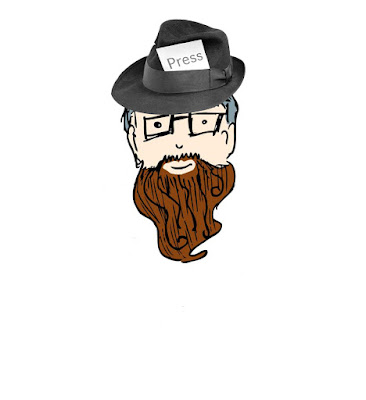 Well, we had a good run. My Southern Minnesota Scene magazine column was published online, as intended, for January, February, March, and April. But, due to circumstances beyond my control (that I will choose not to elaborate on for the time being) my column for May will not be published on the Scene website.

So, here it is, in all of its copied and pasted glory.

The May issue is the third annual 'Interview' issue. I peaked right out of the gate (as I always do) when I interviewed my doppelganger. This time around, I decided to tackle the subject of what it was like interviewing people for the paper. 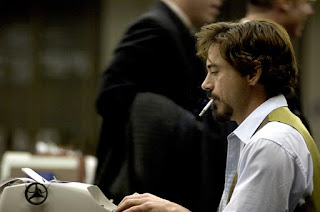 For almost two years—like, almost exactly two years to the date—I wrote for both the Northfield News, then, later the Faribault Daily News.

During my time with both organizations, I conducted countless interviews—some of which were done in person, some were just a trade of questions and answers via email, but a majority of them were conducted over the phone; often times, because news stories were not going to write themselves, I would stupidly schedule five or six phone interviews in the same day, stacking them every half hour, having page after page of Word documents open on my computer, each of them filled with hastily typed up quotes and notations.

I don’t remember any of the last interviews I did, or even much about the final stories that I wrote, because by that point, I was phoning it in pretty hard. There are interviews that stick out more than others—like the slightly more fun interviews, who was just a shitty person to speak with, and who was my very first interview.

The first story I was assigned was to write about how, in August 2014, Barnes and Noble was set to take over ownership of the Carleton College bookstore. The first two college employees that I contacted for comment, both of whom I would refer to as acquaintances, politely but firmly declined, and my first actual interview was with the director of college communications.

This interview, much like a number of the early interviews I did, was conducted with a scrap of paper in front of me where I had pre-written out questions to nervously ask. And with the audio recorder rolling on my mobile phone, I would scribble down notes into a “reporter’s notebook”; then, later, once I realized I can’t really read my own handwriting, I would frantically bang onto the keys of my laptop.

Eventually, the questions written out on a piece of paper, or pre-typed in my Word document, became a thing of the past. I hesitate to say I just “rolled with it,” but I had an idea of what I wanted to ask and what I needed to ask; and, after the conversation was over, I hoped I had gotten enough information to shape a story.

One of my primary areas of coverage was ‘arts and entertainment,’ and I found that, without knowing it, I really fell into a pattern with the questions I asked of my interview subjects, and I would conclude the interview by asking them when they wanted a person—the viewer of a painting, the reader of a book, the audience member at a concert—to ‘get’ out of the experience. Occasionally that was met with my interview subject telling me it was a good question, which I always found funny since I thought it was a terrible and cliché thing to ask.

Once I became aware of the pattern I had developed, and specifically, of asking this same question, I began to feel very bad for the person who sat on the opposite side of my cubicle wall, because I am certain he was slowly growing weary of my shit.

The most difficult interview I conducted was with a religion scholar—Dr. Vincent Wimbush—who was speaking at one of the colleges in promotion of his book, Signifying On Scriptures: The Black Atlantic Reads the King James Bible. It was a story I was asked to write by one of the organizers of the lecture, and it was a story I had little to no interest in doing (a majority of them were like this.)

Mere moments into my conversation with Dr. Wimbush, I realized I was completely in over my head: I had no idea what ‘signifying on scriptures’ meant, or what his lecture was actually going to be about, but I tried my hardest to accurately type every word he said, with the hopes that it would, eventually, make sense to both my editor at the time, as well as the readers. 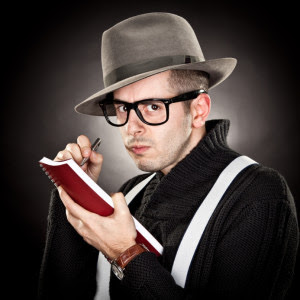 During my time writing for the papers, I interviewed a multitude of different people, and the one thing almost all of them had in common, despite their backgrounds or chosen professions, was that a lot of them didn’t want to be interviewed.

It was pretty easy to tell early on in the interview who did and who didn’t want to talk, who didn’t like talking to “the press,” or who was just too nervous about being put on the spot.

No one ever gave a one-word answer to a question, but there were people who gave very rigid one-sentence answers, and getting them to elaborate was excruciating for the both of us. There were the people who, when answering the phone and realizing that it was me the other end—I could almost hear them rolling their eyes, thinking to themselves, “Oh god. Not this jackass again.”

There were people, I am certain, who were actually in physical agony due to the fact that I was asking them questions and they needed to respond.

I’m not sure when I started doing it, or with whom I was speaking when it slipped out—perhaps it was an elected official or a city administrator—but at the end of an interview, I concluded my conversation by saying, “Hey, thank you for humoring me with this interview,” because I had reached a point where I realized that I could no longer take myself seriously with what I was doing, that I was certainly exhausting the good will of the person on the other end of my phone conversation, and that at least I, and maybe they did too, knew that whatever we were speaking about really didn’t matter very much in the end.

For almost two years, I wrote for both the Northfield News, then later, the Faribault Daily News, and I am not sure how long the feeling had been slowly creeping up on me but there reached a moment when I was confident I no longer had the disposition to do the job that was being asked of me. And to it, much like all of those conversations I had on behalf of it, I said, “thank you for humoring me.”