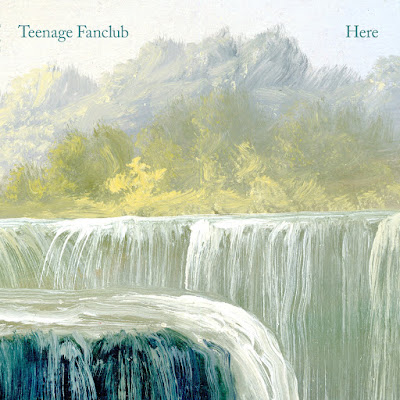 The task of reviewing a new Teenage Fanclub album, their first in six years, presents me with the opportunity to revisit how on earth I first discovered the Scottish outfit over 20 years ago.

My memory is, honestly, a bit fuzzy, because I was all of 11 years old at the time. But I came of age in the MTV generation—meaning a time when the network still played videos, and still had news and information about music. If I can recall correctly, I was watching part of an interview with members of The Breeders; it was the summer of 1994, and the band’s infectious single “Cannonball” was getting massive airplay.

The best I can recollect is within the interview, one of the members of the band said something about really loving Teenage Fanclub. As an impressionable 11 year old, I thought, “Well heck, if The Breeders like this band, maybe I should check them out too.”

By the end of that summer, I had purchased The Breeders’ Last Splash, Sonic Youth’s Experimental Jet Set, Trash, and No Star and Thirteen by Teenage Fanclub, all on cassette.

The band itself was not something I thought much about until 2010—Teenage Fanclub released its tenth album, Shadows, and I enjoyed its jangly, sweeping single, “Sometimes I Don’t Need to Believe in Anything.” At the time, I had just started the daily radio show I used to host, so I went back and revisited Thirteen in an effort to find material to play on my show, as well as discovering the group’s 1991 breakthrough, Bandwagonesque.

Returning after a six-year absence, Here finds the group sticking to what it knows—non-invasive “indie” rock backing tight and often impressive three-part harmonies. And during my initial listen of Here the other day, I was half tempted to return to one of my old tricks from the early days of the blog and base the review around .gifs of yawning animals.

But it’s not that bad.

I was initially underwhelmed by the album’s first single, “I’m in Love,” and as far as opening tracks go, it’s not very captivating, and is certainly not the album’s strongest moment. Despite the fact that the group refuses to leave its very reserved and controlled comfort zone with its sound, there are songs that are more successful than others—like the slightly more energetic “Live in The Moment,” or the somber, slow burning (and peculiarly titled) “I Was Beautiful When I Was Alive.”

Clocking in at an even 12 songs, Here isn’t a bad album, or an album that’s difficult to listen to. It is, however, rather uninteresting. The group grew out of the youthful snarl of Bandwagonesque a long time ago, as well as the diversity and energy of Thirteen. At nearly 30 years together, Teenage Fanclub has settled into a very gentle, somewhat boring sound, and I guess that’s the main problem with Here. It’s a pleasant listen, at times very beautifully arranged thanks to the vocal harmonies and jangly guitar work—“With You,” one of the slower numbers, is also one of the album’s more shimmering and gorgeous.

But shimmer and gorgeous doesn’t always make for a record that’ll stick with you after you’ve finished listening to it. Teenage Fanclub still have a knack for writing catchy “pop” songs, but there’s nothing that lands with any kind of weight to stick with you after the album has concluded.

For those who have followed the band since its early days, perhaps you have come to appreciate the very relaxed and reflective sound the band has eased itself into in later years, and perhaps you’ll find something within Here that will make you want to return for subsequent listens. For a passing fan, such as myself, it’s not the worst record I have ever subjected myself to, but it was bad enough that I almost considered not wasting my time writing a review.