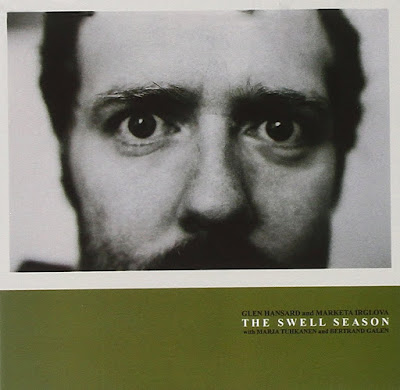 We made a plan that was subject to change…

Released in Ireland in the spring of 2006 via his own vanity imprint, Plateau Records, Glen Hansard’s then seemingly one-off album, a collaboration with Czech pianist and singer Marketa Irglova, The Swell Season, took its time to arrive stateside—making its way here by August via Overcoat.

By that time, Hansard was gearing up for the release of what is currently his final album of new material with his day job, The Frames—The Cost was released in Ireland in September, and contained two songs from the Swell Season, rearranged to accommodate a full band sound.

Outside of opening for Damien Rice on a select number of his American tour dates in late 2006, from what I can glean, neither Hansard nor Irglova intended to turn “The Swell Season” into a legitimate band. But the following year, a small movie called Once changed everything.

Before it won an Academy Award, and before it was turned into a Broadway musical, Once was an independent movie filmed with literally no budget, chronicling two nameless, struggling musicians in Ireland, played by Irglova and Hansard. A handful of songs from The Swell Season album were used in the film—most famously, of course, “Falling Slowly.”

With Hansard and Irglova at the front of the act, the other four members of The Frames served as their backing band for the duo’s sophomore album, 2009’s Strict Joy and the subsequent tour that followed. And I can’t fault them for doing so. The Frames found a cult following in various geographical pockets of the United States, but could never really quite break here.

And somewhere along the way, shortly after all of this, Hansard and Irglova split up—in effect, putting and end to The Swell Season project. Hansard went on to begin releasing solo albums, and only reunites with The Frames for one-off anniversary shows in Ireland; Irglova married, divorced, then retreated to Iceland where she’s released two records under her own name.

Named after an obscure 1970’s novel by Josef Škvorecký, The Swell Season was, if I remember correctly, my favorite record of 2006—looking back now, I can say that I understand why I chose it then, but also, it seems worth noting that, prior to sitting down to write this piece, I can’t remember the last time I listened to it; the same could probably be said for a bulk of my ‘best of’ list that year, which I am certain included TV on The Radio, The Hold Steady, and the Cold War Kids, among others.

I was 23 when The Swell Season came out—a year out of college, and I had yet to grow out of my emotionally earnest acoustic singer/songwriter phase, which would thankfully pass within a few years. I had discovered The Frames around two years prior to this, and being a young, emotionally earnest man myself, I gladly devoured the kind of overwrought, theatrical heart-on-sleeve music Hansard was continually serving up. 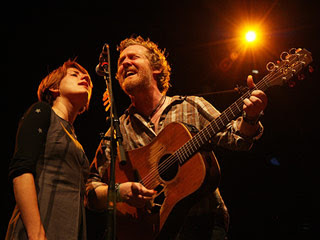 In comparison to his work with The Frames, “The Swell Season” is a sparse affair—paired down to just two voices, a (primarily) acoustic guitar, piano, and two string players, the quartet is able to recreate The Frames’ epic, sweeping, grandeur with only four instruments.

The heartbreak, whatever heartbreak we’re talking about here, has already occurred by the time the album opens, and by the end, there is little, if any, resolution.  “We made a plan that was subject to change,” he sings in the evocative opening line of “This Low.” “So whatever way it works out, we both get the blame.” Then, later, on “Leave,” he belts it out with a power I can only assume shreds his larynx—“Leave, let go of my hand. You said what you had to now leave.”

A lean ten songs, in revisiting The Swell Season probably seven or eight years after last listening to it, I realized that despite its relatively short running time, it is a slow moving album—the opening half certainly has its grand moments, with “Falling Slowly,” of course, being the grandest of them all—a song that Glen Hansard probably wishes he wouldn’t have to play ever again. But the pacing of the record slows to a near halt with the trudging and saccharine “Lies.”

It picks back up with the exaggerated, angst-ridden “When You’re Mind’s Made Up,” as the album careens toward its pensive conclusion in the double shot of the somber and soothing “The Moon,” and the fragile closing track, “Alone Apart,” which Irglova sings on her own with accompaniment from Handsard’s tremeloed electric guitar plucking. “How many times have I hurt you?” she asks, as if she is telling her side of the story after Hansard had multiple chances to tell his.

A decade later, I can see why, at one point, Once and “Falling Slowly” captured the hearts and ears of listeners; I can see why it won an Academy Award in 2008 and I can see why someone thought it was necessary to exploit the whole thing by turning into a stage production.

The Swell Season hasn’t aged poorly, but it also hasn’t necessarily aged well either. It’s a product of its time—something that I doubt could be re-created now. And like many things that I have chosen to revisit for commemorative thinkpieces, while I have, for the most part, grown with The Frames, and taken them with me into adulthood, I can’t say the same for this album. It’s the kind of thing that I just eventually grew tired of, and then eventually out of—perhaps because it is just so serious and so earnest in its emotional weight that it becomes too heavy to carry. And it’s not like I am doing listening to “sad” things—just check how many times I put on an Elliott Smith of Jason Molina record. But those are sad in a fun, self-effacing way; this is a different kind of sad.

It is representative of a different time—not a bad time, not a good time; just a different time in my life. And I stop short of saying it’s a “landmark” album, but for the career trajectory of Glen Hansard, it became an incredibly important undertaking. For a while, I was quick to write of Irglova as some kind of “Yoko,” who split up one of my favorite bands. She actually plays on a number of songs on The Cost, which, overall, is a far less interesting album in comparison to The Frames’ masterpiece, For The Birds, and it’s dense, moody follow up, Burn The Maps. Maybe it wasn’t her involvement and direction that steered Hansard away from his band toward something else, and maybe some day he’ll be steered back in that direction.
Labels: 10th anniversary 2006 anniversary falling slowly folk music glen hansard ireland marketa irglova nostalgia once personal essays poorly written thinkpiece tenth anniversary the frames the swell season