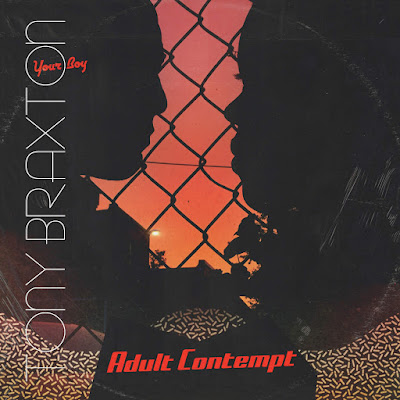 I don’t really know where you, the readers of the blog, may go for music news. Unfortunately, out of a 12-year habit I suppose, I first usually turn to Pitchfork. But since the corporate takeover and recent redesign of the site, I find myself scratching my head at what they choose to cover, and how they choose to cover it.

Part of me understands, however. I work for a newspaper (two newspapers, technically) and some days it’s just an endless barrage of press releases for this or that event. You have to decipher, as best you can, what gets ignored (if anything), what becomes a community brief, and what becomes an actual story.

Once a day, after I’ve exhausted whatever “the ‘Fork” is serving up, I peruse Stereogum, which to some extent, is like a poor man’s Pitchfork. But Stereogum, overall, provides a much broader spectrum of coverage with what they generate content on.

Case in point, the brilliant new release from Canadian rapper Shadrach Kabango, also known as Shad. The effort is a self-contained, self-aware concept album put out under the moniker Your Boy Tony Braxton.

The whole thing isn’t really a joke per se, because to my knowledge, Kabango is taking it seriously, but from the sound of the album, Adult Contempt (even the title is a bit of a joke), he’s doing it all with a smile on his face.

Every year deserves a big pop record—like, one that’s insanely good that you can’t help but love, even if you don’t really love pop music. Last year it was that Carly Rae Jepsen album. Man that had some dope songs on it, didn’t it? Anyway, while this is going to fly way under the radar for many, many listeners, “Your Boy Tony Braxton” gets my vote for the best pop record of 2016.

Clocking in a sparse, concise ten songs, this album sounds huge. It’s a smartly executed homage to music that Kabango heard on the radio growing up. In the press release regarding Adult Contempt, he cites Bryan Adams, Janet Jackson, The Cure, Michael Penn and Terence Trent D’arby as influences over the golden age of Top 40 nostalgia that runs throughout the album.

However, Kabango’s assumed identity for the album is slightly misleading. A project named “Your Boy Tony Rich” would lead you to believe this is going to be full of smooth Babyface-infused R&B jams. That is not the case. Primarily a guitar driven affair, a bulk of Adult Contempt is sunny, bright, powerful pop music in its purest form.

It opens with the rollicking, jaunty “Good (Enough),” before moving into the shuffling acoustic strums of “Happy,” then the high-energy double shot of the horn laden “All I Think About (You)” and the 80s influenced “Kick.”

Right from the gate, one of the things that is very apparent about Kabango is that dude can sing. He’s got a powerful voice, and he’s not afraid to use it here to the best of its ability to make these songs the best they can be.

He slows things down slightly with the pseudo-ballad “Nightmare,” before it kicks back into high gear with the fist-pumping anthem “Fall (Girl),” and the bouncing “The Man.”

The album closes out with a one-two punch: a final moment of energy in the form of “Heluvah Guy,” before Kabango brings it to a close with a frisson inducing, reflective power ballad “Stay.”

Lyrically, Kabango knows that within the confines of this project, he doesn’t have to be profound. And profound he’s not. He’s having fun, but as is noted in the release information, “…the lyrics are just honest, simply-put musings–grappling with insecurity, love, and trying to become a better person.” They aren’t emotional, but they are emotionally delivered, which adds to the juxtaposition of sincerity with near irony.

In a world currently hell bent on tearing itself apart, occasionally you need some form of escapism, and right now, Your Boy Tony Braxton is that. It’s the perfect mid-summer record that makes you stop, think, and even possibly enjoy listening to music once again, even if that moment is fleeting.