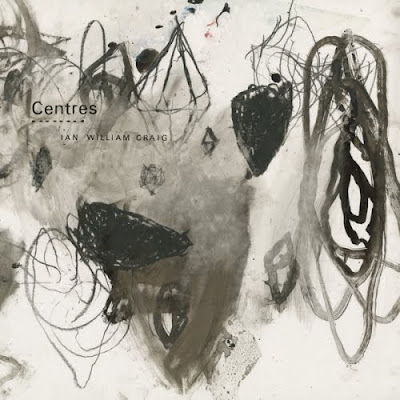 With a voice that is akin to that of Pat Grossi of Active Child, and an aesthetic that could best be described as William Basinksi meets Bon Iver (I know, I know, it sounds insane),vocal manipulation and tape loop artist Ian William Craig has probably made one of 2016’s most innovative and original albums in Centres—the lengthy effort is his roughly his ninth overall (I think) and it’s first for Fat Cat Records.

It’s really hard to describe what Craig does—and it’s even more difficult to tell how some of these sounds are being conjured. Blending the frenetic, jittering unpredictability of decaying tape loops with the otherworldly, ethereal howl of his own voice, Craig creates a unique atmosphere that juxtaposes haunting beauty and harsh dissonance all at once.

Centres may be his most well developed work today. A dense record in both size as well as soundscape, the album finds Craig experimenting with the inclusion of analog synthesizers as well as acoustic guitar. During my initial listen of the record, I was making my way through the first track, “Contain (Astoria Version)” and my original impression was that it was also Craig’s most accessible record—I mean, if music like this can be accessible to a casual listen. However, my thoughts changed slightly as I continued to make my way through.

I originally dubbed it accessible because of “Contain”’s pop elements—synthesizer, as well as the presence of an auto-tuned warble on Craig’s voice; he follows this up with the slow moving, sweeping “A Single Hope,” a song that, believe it or not, features percussion somewhere in the distance, as Craig’s voice soars through the cacophony.

These pop elements are, however, short lived as the record continues on, clearing the way for the swirling, emotive vocals of “Set to Lapse,” the senses assaulting weight of “Power Colour Spirit Animal,” and the robotic discord of “Circle Without Having to Curve”—which is one of a number of moments on Centres that sound very similar to the second half of Kanye West’s “Runaway.”

The album ends on a bit of a surprising note—creating a cycle, of sorts, “Contain (Cedar Version)” serves as a bit of a quieting epilogue, as it finds Craig shedding the tape loops and manipulation of his own voice as he introspectively strums along on the guitar and sings clearly over top of it

With a number of pieces that clock in at either ten minutes, or near that mark, and given the nature of an album by Ian William Craig, I feel like it goes without saying that Centres, as expected, is a slightly self-indulgent affair; but that’s okay. It doesn’t make it a bad record, or create a negative listening experience. You just have to be patient with it as it unfolds through the layers of noise.

I feel like it also goes without saying that with something so experimental in nature, you really have to be in the right frame of mind to enjoy it—or at least to get anything out of it. This isn’t the kind of thing you toss on while you’re just hanging out in your house, or doing the dishes; this is what you put on when you want to have an emotional connection to what you are listening to.

Centres shows that even as artist with a number of records to his name, Craig is still growing as a thought-provoking composer, using antiquated technologies and equipment to create evocative and astounding atmospheres.