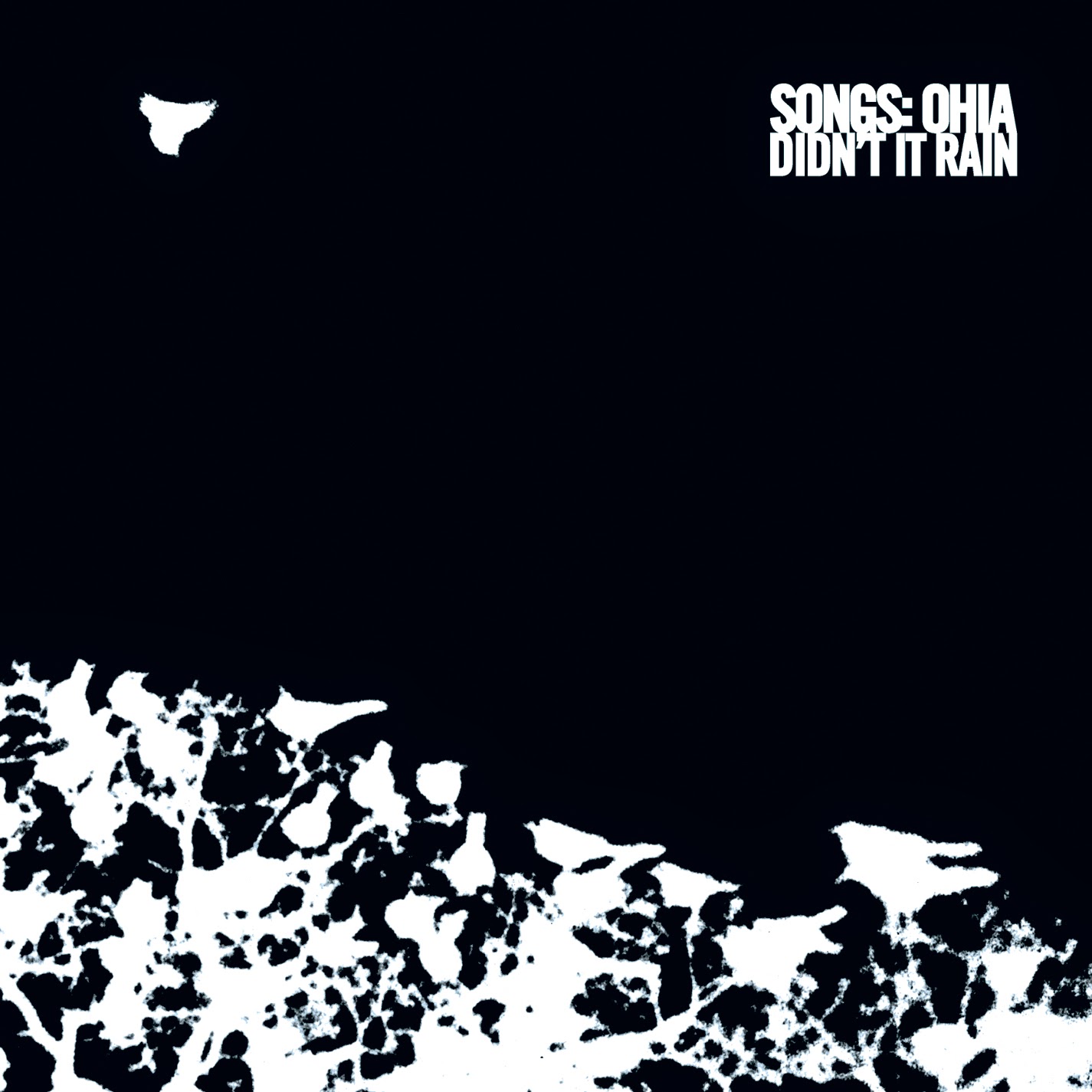 I think it speaks volumes about the state of music in 2014 that one of the albums I have been looking forward to the most is a reissue of something originally from 2002.

Sure, the Secretly Canadian reissue of Songs: Ohia’s final album Didn’t it Rain? is a total cash grab, as was last year’s Magnolia Electric Company reissue, and as will be any other Jason Molina-related artifacts dug up from the vault, repressed onto 180 gram vinyl, offered in a “bundle” set with some special ephemera—but I obviously am part of their core demographic, as I had no issue whipping out my wallet to pre-order this back in August when it was originally announced.

A pressing delay (gasp) kept it from the original November release date. Coming nearly 13 years after the original release, Didn’t it Rain? captures Molina at his peak—straddling the line between the straight up twang he would dive into prior to the end of his career, but still hanging on to that sloppy barroom indie rock sound from those early Songs recordings in the mid 1990s.

Didn’t it Rain?  is a razor sharp, stark meditation on depression and the struggle of making it through another stupid day in your stupid life. “If they think you got it they're going to beat it out of you, with work and debt whatever all else there is,” he sings very early on, on the album’s title track. By the end, on “Blue Chicago Moon,” he concedes: “Then you will come face to face with that darkness and desolation, and the endless depression. But you are not helpless; try to beat it.”

And it is in that song, in that line, where Molina sings the world “endless” over and over again, driving home just how far down he already was.

Aiding in driving the point home of just how serious and important the message of Didn’t it Rain? is are the minimal arrangements and raw production value. Much has been made of how little preparation Molina and his band put into the Magnolia Electric Company record—very few takes, even fewer rehearsals, mostly improvised once the tape was rolling; you get that same sense of urgency from these seven songs.

The record is urgent, yes, but at the same time, it’s incredibly quiet, introspective, and restrained. There’s a sweeping grandeur to the simplistic beauty of the wordless singing as a refrain on “Didn’t it Rain?” It’s self-aware without being cloying or precious—Molina writing himself into the title on “Cross The Road, Molina,” writing a song titled “Steve Albini’s Blues,” whom would later record 2003’s Magnolia Electric, and pining for the Midwest—it’s worth noting that Didn’t it Rain? was recorded in Philadelphia, with the shadow of the Chicago and Indiana boarder playing a pivotal role in the lyrics.

No reissue is complete without that extra material added to make you want to buy another copy of a record you already had. In this case, Didn’t it Rain?  drifted in and out of availability even prior to Molina’s passing in early 2013, so its reemergence on vinyl is a welcome thing. Included in this set is a collection of self-recorded demos for the songs that would later become Didn’t it Rain?. Similar to the supplemental material on last year’s Magnolia Electric reissue, the demo recordings reveal Molina to be a fragile, poignant songwriter and voice. Even in their early stages, these songs were all practically fully realized. And even when Molina lets the song get away from him—there’s a slight flub (or what seems like a flub) in more than one of these—they are still breathtaking sketches.

It’s at this point in the review of a vinyl reissue that I would more than likely talk about the sound of this album. Like, you know, how does it sound on vinyl? Is it worth buying again if you already have a copy of this on CD?

I pre-ordered the ever-living fuck out of this set without blinking an eye. The moment I read that it was available, I couldn’t fumble with my wallet fast enough to order the deluxe bundle—the double LP set, the double CD set, and a poster.

So this was in, like, August or September, with the original release date of November 11th. Well, some kind of pressing delay pushed it out to December 2nd. Fine, whatever, I’ll live, you know?

Well, I get an email on November 20th, saying my shit has shipped, but when I clicked on the tracking link, the only notification on the USPS site is that a shipping label was created. So seven days later, my stuff has apparently not left the Secretly Canadian warehouse in Indiana. The label themselves said they were going to “look into it.”

I guess it’s situations like this when I see why people have given up on buying music in a physical medium—it takes up space in your house, and there’s probably never been a shipping issue with an album in the iTunes store. This is also one of those times where I realize that my life is going to continue just fine if this doesn’t show up by Tuesday, December 2nd.  It’s just that everyone wants that gratification—you want that thing you ordered three months ago to show up when it’s supposed to, and not be possibly lost in the mail, or somewhere in Bloomington, IN.

Didn’t it Rain?, despite this minor inconvenience of only having some consolation mp3s to listen to, is an amazing artistic statement, worthy of owning on any format. It, along with Magnolia Electric, are the most logical starting points for anyone who is unfamiliar with Jason Molina as a songwriter. Didn’t it Rain? is raw as it is restrained. It paints an unflinching, stark portrait that demands your attention from the very first guitar strum on the title track, to fade out of the final cymbal brushes.

The 2xLP/2xCD reissue of Didn't it Rain? is (possibly) available on December 2nd, via Secretly Canadian.