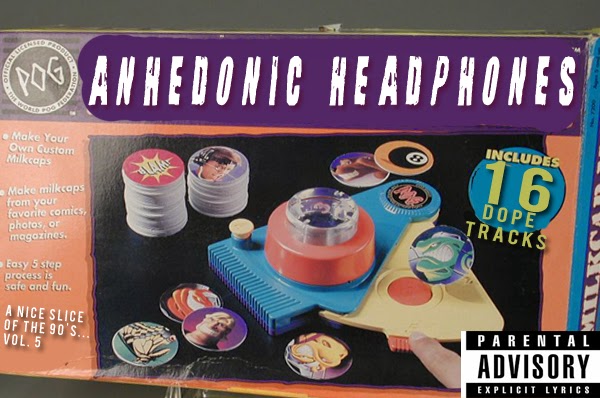 Hopefully y'all remember Pogs/Milkcaps/etc whatever you want to call them. If not, look them shits up on the internet. It was a hilariously bizarre fad that ruled for a minute in 1995. I used to have this Milkcap Maker pictured above here. I wonder whatever became of it...

Anyway, these 90's hotttt mixes practically make themselves. And full disclosure- this may be the last 90's inspired one for a few weeks. Not because I'm sick of making them. But just because I've got some other ideas I'd like to share.

Last weekend, I was in the car for like 3.5 hours, traveling from rural Wisconsin back to the comfort of our home in Minnesota. I put the first four hot mixes on my sister-in-law's iPod to listen to in the car, and I gotta say...they were pretty dope. This week's mix is slightly shorter, however, just because I was trying to put something together that would move along quickly. Hopefully you dig it. Also, shout out to loyal readers of the blog for the suggestions of tunes to include this time around. I appreciate the feedback.

1. The Way by Fastball
2. Where Have All The Cowboys Gone? by Paula Cole
3. Connected by Stereo MCs
4. Army of Me by Bjork
5. Poison by Bel Biv Devoe
6. Roll to Me by Del Amitri
7. The Universal by Blur
8. Uninvited by Alanis Morissette
9. Make 'Em Say UHH by Master P, featuring Fiend, Silkk the Shocker, Mia X & Mystikal
10. How Could You Want Him (When You Know You Could Have Me) by The Spin Doctors
11. Tha Crossroads by Bone Thugs-N-Harmony
12. Hero by David Crosby and Phil Collins
13. Live Forever by Oasis
14. Sunshine by Jay-Z, featuring Foxy Brown and Babyface
15. Passionate Kisses by Mary Chapin Carpenter
16. All For Love by Bryan Adams, Rod Stewart, and Sting