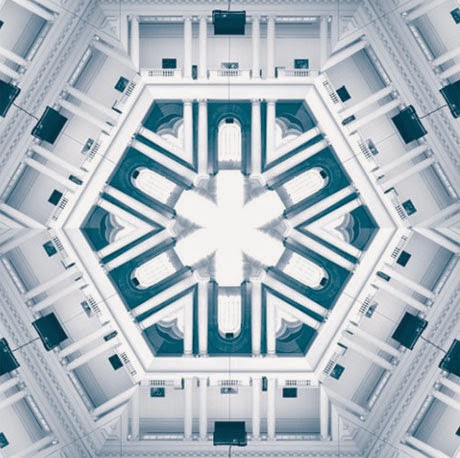 I stop short of saying that “I don’t really fuck with that band Air,” but save for listening to Talkie Walkie in college (because I guess that’s when you listen to Air), and being aware of their work for the soundtrack to The Virgin Suicides, and that (mostly) everyone really liked their first album Moon Safari—well, that’s about the extent of my interest in the electronic French duo.

On one of the places on the internet that I go to….obtain…music, I discovered the duo’s most recent effort, Music For Museum, where someone had simply commented, “fully expected to hate it but really enjoyed my first listen.” And with that kind of resounding endorsement, I decided to take a listen.

It’s a little tough to explain the history behind this album, so rather than attempt to (poorly) put this in my own words, I’ll resort to the press release on the effort from The Vinyl Factory’s website—

Jean-Benoît Dunckel and Nicolas Godin were originally commissioned to produce the soundtracks for the Palais de Beaux Arts in Lille as part of their Open Museum 2014 project. And the duo's compositions have been inspired by four contemporary artists featured in the museum – Linda Bujoli, Mathias Kiss, Xavier Veilhan and Yi Zhou – whose artwork is included in the limited edition.

These stirring soundscapes will be played from eight loudspeakers suspended from the glass roof in the atrium at the very heart of the museum, immersing visitors in a three-dimensional musical experience – using the software SPACES developed at the INA-GRM by Emmanuel Favreau – in which the music slows down, speeds up and responds to the characteristics of the space.

An album such as this isn’t for everyone—and maybe not even longtime fans of Air’s usual “downtempo” sound, or whatever. Like, this is pretty inaccessible at times, but if you have an appreciation and love for experimental/instrumental/ambient music, you will more than likely find some aspect of Music For Museum that you will enjoy.

The album opens strong with the reserved, piano-based “Land Me,” which reminded me slightly of one of my favorite tracks from 2012—“At a Loss,” by Brian McBride, one–half of Stars of The Lid; as well as the Tape Loop Orchestra composition from earlier this year, “Yesterday This Would Have Meant So Much to Us.” The tracks are similar in the sense that they all show a very focused and deliberate sense of restraint, allowing the music to kind of swoop in, and enfold you as you open yourself up to it. On “Land Me,” that enfolding happens pretty quickly, as simple, delicate piano, various swirling, spacey sounds, and disembodied wordless singing all come together within the first new moments of the piece. Serving as an excellent “Track One, Side One” to this effort, it does not really set the tone for the rest of the record.

Overall, there is a lack of cohesion on Music For Museum—I mean, aside from the fact that it’s nine ambient/experimental electronic pieces of music. There’s nothing connecting them together as part of the same whole. And I get that; given why this was commissioned in the first place, guess you’d want each thing to be unique, but it mos def does not feel like “an album” when you listen to it.

There are also some pieces that are exponentially more effective than others—the aforementioned “Land Me,” the string-based ebb and flow of “The Dream of Yi,” and then the album’s centerpiece: “Angel Palace,” which is by far the best track of the set, and possibly one of the most comforting and reassuring instrumental works of music I’ve heard in 2014. A chorus of low, synthesized moans carries you through, as vintage sounding beeps and boops glide gently over the top of them. It’s incredibly somber, and mesmerizing—an example of how evocative good ambient/experimental music can be; and more importantly, what it can do to you when you listen.

Unfortunately, not everything on Music For Museum is as compelling a listen, or even as emotional to hear. The track that follows “Angel Palace,” the fifteen-minute “Art Tattoo,” is the most vapid of the bunch. And as the album reaches its second half, “Integration Desintegration,” boasting an interesting juxtaposition of a mournful sounding trumpet with oscillating “space sounds” in the background, is one of the few interesting pieces prior to the end of the record

As a whole, Music For Museum is certainly not an imperative listen for 2014. Removed from the context of the exhibit it is meant to accompany, it is a tad like listening to a soundtrack before seeing the movie. And even as someone who, in general, really likes music like this, the restraint shown in the compositions also (inadvertently) removed some of the interest that they could have had.

Music For Museum is available now via The Vinyl Factory.