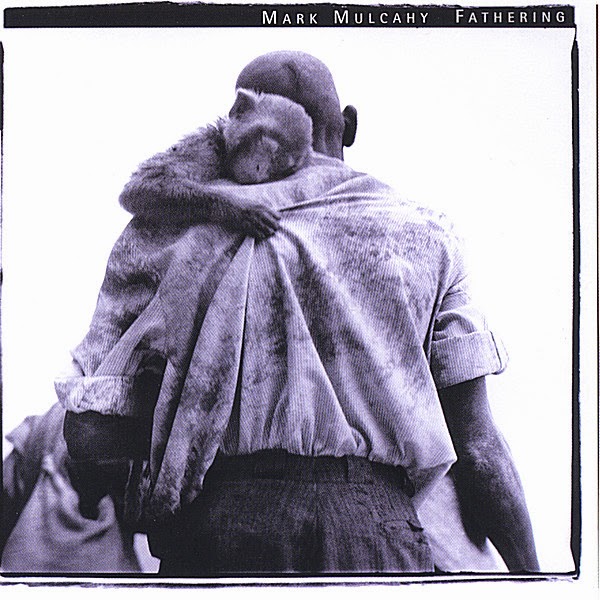 The phrase “vinyl reissue” is practically it’s own theoretical genre at this point—in the wake of vinyl’s incredibly strong resurgence, and things like Record Store Day, issuing something on vinyl for the first time ever, or reissuing something that’s out of print, is not guaranteed money in the bank, but it’s usually enough to pique the interest of collectors, vinyl fetishists, audiophiles, snobs, elitists, et. al.

One of the two releases that I was somewhat interested in purchasing this past Record Store Day was the vinyl reissue of Mark Mulcahy’s solo debut from 1997, Fathering. Only 1,000 copies were pressed via his own Mezzotint Records, and I struck out in trying to find one at Hymie’s Vintage Records in Minneapolis.

Two weeks ago, I received an email blast from Mezzotint, alerting me to the fact that they were now selling the Fathering reissue in their online store, and I didn’t even think twice about hitting “buy.”

Incidentally, upon browsing at Cheapo Records in St. Paul a week later, I actually found two copies of Fathering left over from this year’s Record Store Day festivities.

I won’t say that I’ve written extensively about Mark Mulcahy in the past, but 2013 was a banner year for the at one time reclusive singer/songwriter. Not only did he release a 7” single in the UK (now available here via Mezzotint) but he also dropped his fourth solo LP, the first since 2005. So going back to Fathering now, 17 years after its original release, is an interesting trip back in time.

I talk a lot about 90’s nostalgia being at an all time high, and Mulcahy’s music is no exception to that. Fronting Miracle Legion from the mid-80’s until the early 90’s, he then went on to write the music for the much loved television show “The Adventures of Pete and Pete,” prior to striking out on his own. Fathering is a look back at a young songwriter, operating on his own for the first time, finding his voice as a solo performer.

Much looser and dramatic at times in comparison to his later solo work, (and even his work with Mircale Legion) Mulcahy shows multiple facets of his vocal range, and songwriting abilities on Fathering, specifically on the second side, with the falsetto-laden “Ciao, My Shining Star,” the theatrical “Bill Jocko,” and then finally, bizarre heavy breathing that he adds into the title track.

Musically, Miracle Legion were somewhat contemporaries of early R.E.M and The Smiths, where their sound could be described as “Jangle Pop.” That’s a sound that Mulcahy certainly aged out of, especially with his 2013 effort, but the overall sound and production values on Fathering are a true product of the time. There’s a heavy reliance on the chorus pedal, giving the overall clean sounding electric guitar a slight quiver, all while adding some slight depth to it—you hear it the most in the opening track, “Hey Self Defeater,” as well as on the aforementioned “Ciao, My Shining Star.” It’s this sound, as well as the somewhat bare bones accompaniment that most of these tracks have—some are just Mulcahy and the guitar, some have a bass and drum kit—that give it not a “dated” sound, and not a “timeless” sound, but it is a 90’s record in the best way possible. There is no way an album that sounds like Fathering could be written and recorded today, because it would be painfully derivative of a style that no one is using.

In his collection Songbook, writer Nick Hornby featured an essay that was apparently about the opening track off of Fathering, the captivatingly basic “Hey Self Defeater.” If I am recalling this piece correctly, it’s more about the act of buying records from a record store, taking recommendations from the staff at said record store, and buying a copy of Fathering, but little is said about the actual song itself. That song is one of two rather self-aware moments on the record that reference Mulcahy’s past in a band that was always on the cusp of something it never quite reached—“Okay, that’s my opinion, and everybody else agrees,” he sings. “Hey self defeater, you’re underrated by yourself, so quick looking down.”

Later, on “I Woke Up in The Mayflower,” he mentions the contentious exit of Miracle Legion’s lead guitarist Ray Neal, who left after the band received a bad deal from a Warner Brother’s subsidiary label in the early 90’s—

Could I make a comeback based on what I have done?
Can I have the keys please, to get out of this dungeon?
Will I be alternative, if I change myself around from year to year?
Or will I be like Mr. Ray, and get myself on outta here?

Fathering is a short and quaint, charming and earnest record by a performer I would deem my favorite living singer/songwriter. But even with all of its idiosyncrasies, there is a somberness that runs through some of the songs—particularly “Hey Self Defeater,” and “In The Afternoon.” There’s also some unexpected devastation when revisiting this record so many years after its original release—Mulcahy’s wife passed away in 2008 (part of the reason he quit music for so long), and a 2009 tribute/benefit record was curated, aptly named Ciao, My Shining Star.

Then there is the refrain to “Bill Jocko”—“Why do I have to stay here? Why does she get to go?”—Which takes on slightly new meaning now, and comes off just shy of haunting in the context.

Having been originally released during the peak of the compact disc era, it’s refreshing to hear an album like this on vinyl. It adds a richness and warmth to the sound that wasn’t so much missing before, but it certainly stands out more in this format.

The Fathering vinyl reissue is out now via Mezzotint.