You'll Be There For Me, and Care Enough to Bear Me: Four Years Without Michael Jackson 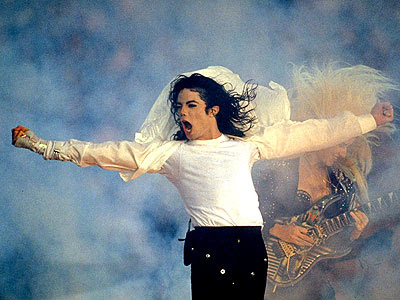 It was the on day prior that a woman that my wife worked with lost her husband after a long battle with cancer.  It was on the 25th that I learned that my contract was not being renewed for a second year for the Americorps position I had been working at a youth center in town. It wasn’t the complete end of the world. I already had another job lined up, but this fact did lead to some tense “why can’t you keep a job for more than a year” conversations at home.

Late in the afternoon, standing in the youth center I would soon no longer be working at, one of the kids came running in and said, “Holy shit, Michael Jackson just died.” Of course you don’t believe something like that. Why would MJ be dead? So we turned on the TV to CNN, and we watched helicopter footage of an ambulance, carrying Michael Jackson, speeding down a freeway. We got online, and kept refreshing any news page we could think of, looking for more information.
For some reason, I felt compelled to call my wife and tell her this news, because this was so shocking to me.

Not long after this, I walked back home. And in the five minutes it took me to get home and to check the news again online, Michael Jackson had been pronounced dead.

As I think I mentioned in the very first piece I wrote for this blog, one of my very vivid, earliest musical memories involves me purchasing Bad on LP, and clutching it in my hands as my mom drove us back home. I can recall buying the “Black or White” c.d. single at the Woodfield Mall, and sitting outside of a Crate and Barrel store, studying the package—my parents thought it best that I not come into a store like that, and possibly knock a bunch of expensive, breakable shit onto the floor. And I can remember all of the hours spent playing in the basement of the house I grew up in, listening to Dangerous from start to finish, on my father’s c.d. boombox.

It’s because of this that on the 4th anniversary, I am still heavily shook by MJ’s passing.

Prior to his death, Jackson has spent the last fifteen or sixteen years attempting to untarnish his image from the sexual abuse allegations that he had been charged with. This, coupled with his erratic behavior and his ever-whitening skin, caused him to fall from the public’s good graces.  And as awful as it is, it’s commonplace for this to happen—death is the best career move anybody can make. In the wake of his passing, his album sales skyrocketed, and pretty much, in the eyes of the public, everything was forgiven.

He was found not guilty every time somebody stepped forward claiming that Michael Jackson had molested them. But the media wouldn’t let up on him—the media as a whole—tabloids, music press—he was made out to be some kind of monster. His final two studio albums—1995’s angry HIStory, and 2001’s overlooked Invincible, both sold “well,” but failed to move Bad or Dangerous numbers.
This was just stateside, however. He, as well as his music, was still loved internationally, and his final two records sold exponentially more copies overseas. However by 2001’s changed pop landscape, there was unfortunately little room for new music from Michael Jackson—Invincible is considered a commercial failure after selling 13 million copies.

Jackson’s death was tragic—an overdose of numerous narcotics administered at the hands of his personal physician. He was pushing himself past what his body could handle to prepare for his “This Is It” farewell tour—which obviously never happened. In the last eight years of his life, his spending habits became out of control and he found himself in financial trouble; he surrounded himself with “yes men” who allowed this behavior to continue; he dangled his third child out of a balcony, famously captured on tape during a damning documentary was being filmed about him; and his erratic actions continued—dancing on the hood of a car outside of yet another trial, and calling the head of his record company, Tommy Mottola the devil.

Did Michael Jackson need some kind of help? Sure. But nobody was giving him the help that he needed.

Without Michael Jackson, you would never have your Justin Timberlakes—or pretty much any pop star that rose to fame in the 1990’s. That’s all because of MJ’s contribution to music, both in the Jackson Five (later just The Jacksons) and then his 1980’s solo output. So even if you’re still some kind of asshole hater, and think that Michael Jackson was some kind of terrible child molester—first, you’re wrong, but second, hopefully you can put aside your narrow mindedness for like two seconds and appreciate what Michael Jackson did for music history.

In attempting to stay away from some of the most obvious choices, I wanted to post a variety of Michael Jackson songs, from various points throughout his career. 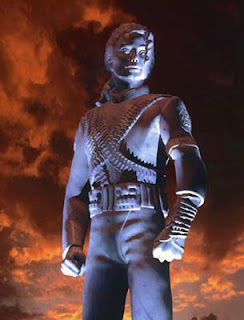 They Don't Really Care About Us (from HIStory)
This is the now infamous song that includes the somewhat anti-semitic lines "jew me," and "kike me." Pretty much every pressing of HIStory in circulation today has these words edited out. Through the magic of the internet, I was able to find the original version on You Tube.

Billie Jean (2008 Kanye West Remix) (from the 25th Anniversary Edition of Thriller)
So say what you will about Yeezy, and some of you may cry blasphemy at this, but I actually like this remix more than the original. There's something about the rearrangement of the existing guitar track, slowing everything down, and putting it up against strings and a different beat.

Remember The Time (from Dangerous)
Classic single. Egyptian themed video with Eddie Murphy as a Pharaoh. The multi-tracked back up vocals are incredible, and when he loses his shit at the end and starts yelling, you can hear the track clip, and I think it's cool that they decided to keep that take.

Human Nature (from Thriller)
Another classic single. Great synths, great chorus. The little high range "yeah, ah whoa whoa" that he does is iconic because it was sampled on a track by SWV in the 1993.

Scream (featuring Janet Jackson) (from HIStory)
Incredibly angry and raw. The only time I'm aware of that MJ uses the word "fuck" in a song also-- see the "stop fuckin' with me" lyric that you may not have even realized was in the song.

Leave Me Alone (from the C.D. version of Bad)
So even as a kid, I was a format snob. I had the vinyl LP of Bad. And then what's this? I see the video for this song and I'm all like, "ayo, what the hell? I have this album." "Leave Me Alone" was a C.D. only bonus track. MJ recorded WAY too much music for every album, and with the advent of the compact disc, he saw the potential to just fill that thing with music-- that would happen on Dangerous. Apparently this song wouldn't have fit on the LP, which was a bummer to a little kid version of me. Awesome song though. First time that he takes on the haters so directly.

Ben (from Ben)
This is a super old song from when MJ was still a child star. It's from 1972, and the song itself was written for the movie Ben, about a murderous pet rat. Whatever. Anyone who thinks companion animals are better than people will probably dig this song.

Give In To Me (from Dangerous)
Holy shit. Slash's guitar solo at the end is incredible. I give MJ a ton of credit for writing a pop song that gets so heavy, and ends in absolute dissonance.

This Time Around (featuring The Notorious B.I.G.) (from HIStory)
Another super angry song-- "this time around, ain't takin' no shit." Also, Biggie's verse is about shooting people, and he drops the "n word" twice.

Will You Be There? (from Dangerous)
Everyone remembers this song from Free Willy but this shit is so real. Like I cry at the end every time I listen to it. Another song on Dangerous where the vocal take is super raw, but it only adds to the emotion.