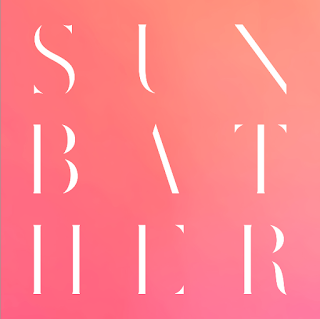 Many years ago, before my wife and I were married, and were just living in a domestic partnership in a cramped, somewhat sketchy one-bedroom apartment, I recall a night where I was listening to the album Street Horrising by noise-duo Fuck Buttons, on our laptop. The album’s opening track begins very unassumingly, but eventually by the end, turns into a cacophonous, terrifying roar. It was at this point, when my wife turned to me and asked, “What are you listening to?”

“Fuck Buttons,” I told her.

“Well, it sounds like people being murdered,” she replied.

There are some records that I know just to play in the car when I’m driving someplace by myself, or to only listen to with headphones on. Aside from worrying about wifey’s reaction to things, I have two companion rabbits with very discerning ears—they lose their shit, get pissed, and stomp their back legs if they don’t like the music I am listening to (this is a real thing that has happened.) The album Sunbather by Deafheaven, is mos def oone of those records.

What the fuck am I doing even listening to something as brutal and intimidating as Deafheaven? Is it because it copped an 8.9 on Pitchfork, meaning that I HAVE TO LIKE IT? Is it because Anti-Gravity Bunny’s Justin Snow repped it hard on Twitter? 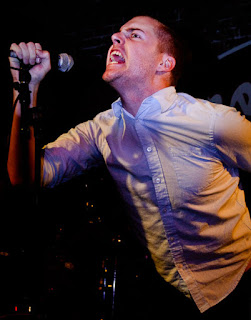 (ayo, i'm just gonna scream some shit. i hope that's okay with everyone.)

So lead singer dude, George Clarke, is really good at yelling stuff. I mean, like, maybe “yelling” doesn’t do justice to what dude is doing here. Like my throat hurts just listening to this record. I imagine that he needs a cough drop, a cup of hot tea, and a scarf after every show. Dude is also probably saying something—but it seriously sounds just like hysterical screaming. Like no disrespect though B. As intense as this is, I’m feeling it. This dude could be writing the most thought provoking or devastating lyrics of all time, but I would never know, because all I hear is someone screaming like a member of their family just died in front of them.

Another thing that pushed me in the direction of at least giving this a listen is the constant mention of “shoegaze” in information about the band—the P4K review mentions it, and it’s one of their “genres” according to the band’s Wikipedia page. In some of the more restrained guitar work, you can mos def hear some of that influence. On the opening track, “Dream House,” I was going to say that the guitar progression and sound is very reminiscent of the shoegaze outfit Whirr. Coincidentally, Whirr guitarist Nick Bassett was in Deafheaven for a minute—he no longer is, apparently.

Sunbather occasionally relaxes—there are some less intense tracks. The album is actually structured in a very interesting way. Of the seven songs, only four have vocals. The other three are all instrumental pieces, or a bunch of ominous noise to lead you into the next song. So when listening, you can occasionally forget about the whole screaming thing for a bit, because it goes away. And then it comes back and scares the shit out of you.

The absolute weight of this album reminds me slightly of the early work of the post-hardcore band Glassjaw, or the raw intensity of Strap it On-era Helmet. But maybe a million times more serious. When it’s not veering straight into “metal” territory, with searing guitar riffs and a punishing double bass drum, there are moments when Sunbather is quite beautiful—like there’s beauty to be found within the chaos. George Clarke’s screams, as off putting as they sound, don’t come out as angry—there is a sad desperation to them once you get past the fact that you are, you know, listening to a dude screaming in a black metal band.


It probably goes without saying that Deafheaven’s Sunbather is an acquired taste. I actually surprised myself with how much I genuinely enjoyed this. So go into it with an open mind, and you may actually enjoy it as well.

Sunbather is available now on CD, 2XLP, or as a digital download, courtesy of Deathwish Records.