The Years Burn: On Fathers, Sons, and The Alt-Rock Scene in Chicago in The Early 90's 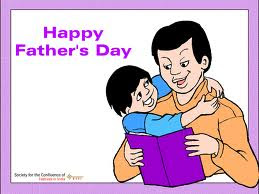 A few months before the Smashing Pumpkins were an MTV “Buzz Bin” sensation with the single, “Today,” my father had read about the release of Siamese Dream in the Chicago Tribune, and had purchased the compact disc shortly after it came out. In fact, in 1993 and 1994, there was a lot of music coming out of Chicago—some of it would be widely regarded (Siamese Dream, Liz Phair’s Exile in Guyville), some of it would have a slow and steady following—(Veruca Salt’s American Thighs and Red Red Meat’s Jimmywine Majestic), and some of it would just toil in obscurity—(Urge Overkill’s Saturation.) All of these are records that were mentioned in the Tribune, the paper my father walked down to the gas station to get every Sunday morning. And all of these are records we had in the house when I was growing up.

Exile in Guyville was off limits to an 11 year-old me. There, of course, is the nip slip on the front cover. There are the suggestive photos in the liner notes. And there’s the song called “Fuck and Run.” And then there’s the lyric, “I’ll fuck you till your dick is blue,” from the song “Flower.” By the time I got into Liz Phair on my own—after her bizarre turn as a pop star in 2003—I picked up a used copy of Guyville, and I remember being relatively underwhelmed by it, and unloading it to another used c.d. shop shortly after that.

Two decades down the line, I have no clue what my father is listening to, if anything. I know there were times, when I was in my formative years, that I tried to get him into different things—Radiohead, Iron and Wine, Califone—I feel like at some point he mentioned he liked Damien Rice. And at some point, ten years ago, I liked him too. But now, today, at this very moment, my father could just enjoy silence—no radio on in the car, no c.d playing at home.

My father and I are not close. “Estranged” is the word I use when explaining it to others. We have been in some form or another of estrangement for almost twenty years at this point. One phone call in the last seven years. One face-to-face meeting, in the last eight years. Sporadic and infrequent emails filling in the rest of the time, usually around holidays (respective birthdays, Christmas, Father’s Day.)

The events leading up to the estrangement between my father and myself involve a lot of things—a messy divorce, resentment, et. al. In reflecting back, it seems that my father has not been a part of my life for longer than he ever was a part of it. There were a lot of hard feelings for many of those years, and it’s only recently that I arrived to the conclusion that holding onto all that anger isn’t going to change anything—it isn’t going to make up for lost time, and I don’t think either of us are looking for that. And hanging onto all of the anger wasn’t going to change what he did to destroy the family. And it certainly isn’t going to change the roles we found ourselves in now—strangers, for the most part—and neither one of us really willing to take the first step towards any kind of resolution. 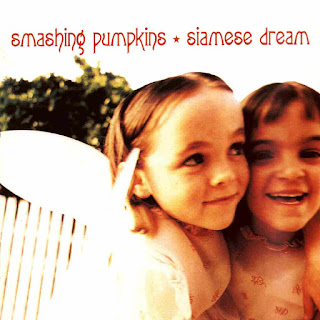 For many reasons, seemingly clichéd at first glance, I think of my father when I hear the song “Disarm.” “Disarm” was the third single to be released from the Smashing Pumpkins album Siamese Dream. For those who were judging the band on the firs two singles—“Disarm” was a dramatic shift. It’s a sound that the band revisited on their commercial breakthrough and peak as artists, 1995’s Mellon Collie and The Infinite Sadness. The bulk of Siamese Dream was influenced very heavily by My Bloody Valentine’s Loveless, which accounts for the oppressive, trebled guitar dynamics, so the acoustic guitar and string arrangements on “Disarm” cause it to stand out.

It should be obvious to even a casual listener what “Disarm,” at even its base level, is about. The Internet will tell you it’s about Pumpkins frontman Billy Corgan’s “shaky” relationship with his parents growing up. And it should be obvious, if you look even slightly closer, that it’s directed more towards a father figure, rather than a mother.

There’s a lot of music from my youth, that when I hear it now, I associate it with my father—not in a negative, or even a sad way, like I do with “Disarm.” It just will take me back to records and tapes (later compact discs) that we had around the house, the layout of our living room, and the stereo system, stacked neatly in a cabinet, flanked by two huge bookshelves packed with books and vinyl LPs.  Whenever I hear Talking Heads, specifically “Road to Nowhere,” or “Money For Nothing,” by Dire Straights—I’m right back in that living room, turning the silver volume dial on the amplifier, or I’m watching the black and silver checkerboard pattern on the edge of the turntable spin around, creating a beautiful blur.

It was never immediate—the connection I made to my childhood, my father, and “Disarm.” It was more of a recent realization. And it was a realization that I had while I was still doing my daily radio show, and I made sure to play the song as close to Father’s Day as I could, dedicating it to all the deadbeat dads out there in the world. Including my own.

“Disarm” is so melodramatic, but because I identify with it on such a personal level, I’m willing to look passed that fact. I mean, come on, “The killer in me is the killer in you”? That’s PRETTY overemotional.  However, in breaking down what leads up to that though—

I used to be a little boy
So old in my shoes
And what I choose is my choice
What's a boy supposed to do?

—it’s easy to see how any child coming from a broken home can relate. “So old in my shoes”—meaning that you end up growing up fast because of all the changes around you. “What I choose is my choice/What’s a boy supposed to do?”—representing being put in the middle between parents splitting up; Who has custody? Who has visitation? Who makes that decision?

My situation was certainly not unique. And certainly there are countless others who place themselves within the words of this song, and apply it to their own lives.

I suppose a real turning point with this whole thing—the estrangement from my father, and how we got to the non-relationship we find ourselves in today, stems from my not inviting him to my wedding.

It was a very easy decision for me to make.  For some, it was a decision that they didn’t understand. In retrospect, maybe it was not a well thought out decision, because within a month, I received an email from my father, inquiring as to how I had been doing, and I told him that I had recently gotten married.

There was a lot of back and forth after this, but what I learned was that, at the time, for the last fifteen years, while I was hanging on to all of that anger and resentment, and blaming him for the disintegrated relationship we had, HE had been hanging on to anger and resentment as well, blaming ME for the disintegrated relationship we had.

I learned that there was no way to go back and try to “fix things,” and if anything, we’d need to start over now that these feelings were in the open. We would both have to work at building a relationship from nothing. And when presented with that option; I learned that I couldn’t see myself doing that. I didn’t want to put in the effort.

And so things remained the same. Sporadic emails consisting of small talk. The “elephant in the room” as they say, out on the table, never to be brought up again. When I think about it now, I really don’t feel anything. I don’t feel bad, or guilty. I just accept it. This is what our relationship is, and I don’t have it in me to try and change that. There are times, though, when I do wonder what, if anything, he feels about this? If he is still holding on to the resentment, if he was hoping there would be a chance that we would have some kind of real relationship or if he’s just grown to accept the truth as I have. 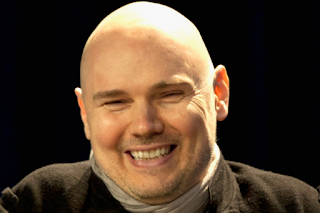 (you crazy for this one, billy corgan.)

One of the reasons “Disarm” is such a powerful song is because of how expressive Billy Corgan’s voice is—specifically in the refrain of the song. Also, it has strings. And you are guaranteed that pretty much anything with a string arrangement is going to me super emotional. When I hear “Disarm” now, twenty years after its release, it’s the soundtrack to my childhood ending. Years ago, when I was in a college writing class, we were to bring in an old photo from our childhood and write a poem about it. When I was away from school for spring break, I quietly went through photo albums in my mother’s house, and without too much thought, took a photograph and never returned it.

In the photo, I am probably eight years old, and my father and I are standing in front of the sign for a pumpkin patch we used to visit every fall. My father, wearing the denim jacket with the wool collar that he always wore. Me, wearing a Darkwing Duck fanny pack. When we had to talk about our pieces in class, our professor wanted us to bring the photo in to show everyone. As people looked at the photograph of my father and me, almost everybody commented on how much I look like him.  At the time, that was something I didn’t want to hear. But now, if I’m looking in the mirror, without my glasses on, I’ll let my eyes lose their focus, and I’ll see it too.