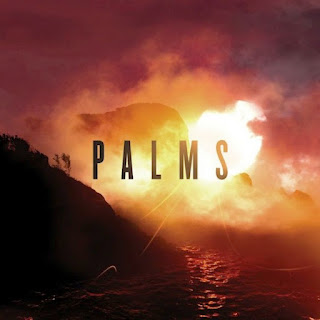 In my brief retrospective on the passing of original Deftones bassist Chi Cheng, I mentioned frontman Chino Moreno’s surprising love of Depeche Mode, The Cure, and My Bloody Valentine. You can hear the slight hints of these influences in some of the artier Deftones songs. When Moreno isn’t screaming bloody murder, and when they aren’t rocking, you know, pretty fucking hard, Deftones can make some pretty atmospheric music.

To an outsider, it would seem if Chino Moreno started a 4th band, he was trying to do anything in his power to get out of working with the rest of the Deftones. But that isn’t the case—they are actually currently on tour, and their most recent LP was released last fall. Moreno’s other side projects—the experimental rock outfit Team Sleep, and his “witch house” group Crosses—are all on hold, so it seems like the perfect time to start working on something new—Palms.

Palms is one part Deftones, and three parts Isis, a now defunct heavy metal band that gained much street cred on the Pitchfork scene. Palms have released a six song debut LP, and at its heart, it’s the shoegaze album that I always wanted the Deftones to make, but knew they never would.

Palms, as a whole, is kind of self-indulgent. The shortest song is almost six minutes. The longest is ten. This is just a fact to note—it’s not like you’ll be clock watching when listening. Palms is also gorgeous. The guitars are dreamy, often covered with thick, delightful delay, and Moreno’s vocals never quite reach the larynx shredding levels they do with his day job. On Palms he, for the most part, uses his very soothing, breathy tenor range. Even when he does get shouty, you can tell he’s practicing some restraint.

While Deftones have always had those “art metal” leanings, they’ve kept things pretty standard and consistently heavy. Isis were, by all accounts, a pretty brutal metal band that eventually wandered into some post-rock territory prior to calling it quits. While Palms is overall a new-ish sound for everyone involved, nobody can escape their history, so occasionally you hear some standard chugging metal riffs—specifically on the opening track “Future Warriors,” and near the end of the ten-minute track “Mission Sunset.”

Listening to Palms is rather refreshing for me. Hard and heavy music like this is not something I turn to frequently—especially now as a grown-ass man. While it’s a tad bit uncharacteristic, it’s got enough experimentation and dreamy/shoegazey aesthetics to keep it from getting stale. It remains to be seen if Palms is a one-off project, or if this is something that has some longevity to it. Team Sleep's unmastered demos famously leaked online a decade ago, pushing their proper debut LP out to 2005, and Crosses released two EPs in 2011 and 12, respectively, but haven't been heard from since.

Palms is artistic enough to be taken seriously, but catchy enough melody wise (specifically the lead single "Patagonia," that the songs resonate in your head long after you're done listening.

Palms is available on CD/2xLP on June 25th, courtesy of Ipecac Records.