I wrote a thing about service dogs for 'The Wagazine' 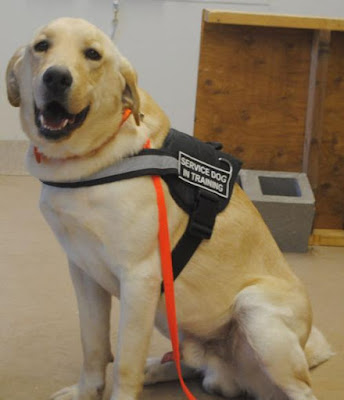 If you recall, in June, a piece I wrote about animal communicators was published in The Wagazine. Toward the end of July, the editor of the publication, Ellie Starks, emailed me to ask if I'd be willing to put something together for the fall issue about a local non-profit called Believet. It's based within Northfield, and the organization works to pair veterans in need with service dogs to assist them- all free of charge.

When she asked, I think she was simply asking based on the Northfield connection, and because I would probably be able to turn it around in a relatively tight deadline (I think I had around two and a half weeks to assemble it.) What she didn't know is that when I worked for the Northfield News, I had interviewed the founder of Believet a number of times, and after some deep digging, was able to turn up my old stories about him, and the organization, which gave me a great head start on putting together something new.

The fall issue of The Wagazine is hitting the streets soon and the piece I wrote is online now for your reading enjoyment.
Labels: believet magazine article. northfield sam daly service dogs the wagazine