Hot New Joint: “Nonkilling 6 | Hunger" by How to Dress Well 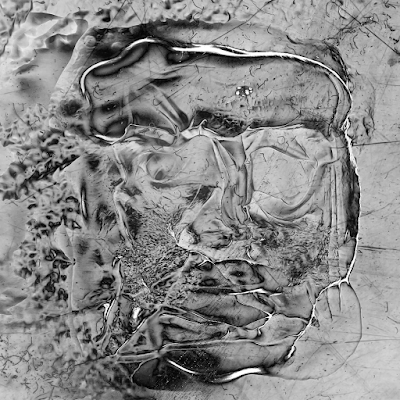 As had been implied in June, when Tom Krell released Land of The Overflowing Urn—a two song EP of sorts previewing new music from his How to Dress Well moniker, alongside announcing a fall tour, I had the feeling a new full-length from Krell was not far off.

Krell’s Instagram story of a vinyl test pressing was a bit of a giveaway—but as it turns out, I was correct in my suspicion that a new full-length, The Anteroom—Krell’s fifth under the name How to Dress Well, will arrive on October 19th, and has been preceded by a single titled “Nonkilling 6 | Hunger.”

The song, as well as the album’s revealed track listing, confirms what Krell hinted at with the Overflowing Urn EP; with his previous two full-lengths, he began opening his arms as wide as he could to embrace a what could only be called a brightly colored and bombastic ‘pop’ music sound, The Anteroom seems to find Krell no longer with his arms open, but rather with them folded across his chest—not in an effort to seem unapproachable or to cut himself off, but rather, to be representative of the important crossroads he’s reached as a performer.

Written and recorded in 2017, following the result of the day’s tumultuous political climate as well as Krell’s own relocation to Los Angeles, in press materials for The Anteroom, he says that the album is representative of a two-year period where he fell into a ‘cosmic loneliness.’

“In order to give myself a way back, I began to try and understand my station as some kind of anteroom—a space between—a chamber that separates the known and the unknown, stable life from total disintegration.”

Musically, what it means is that The Anteroom—specifically the titular track, as well as “Nonkilling 6 | Hunger,” finds Krell working retreating from the large scale pop grandeur he had been building toward, and instead, embracing the idiosyncratic, pensive, and reflective nature of his earliest material released under the How to Dress Well name—but this time, doing it, more or less, on the dance floor.

As “The Anteroom” did before it, “Hunger,” owes a lot to the overall aesthetic electronic music from the early 1990s—as the song primarily unfolds over the top of a skittering, quickly moving, and damn near iconic sounding beat, while myriad layers of synthesizers, atmospherics, and additional manipulations from Krell are piled on the top of it.

Both pieces also find Krell experimenting with the idea of the song, and possibly the album as a whole, as a collage of sorts—Overflowing Urn presented “The Anteroom” on its own, yes, but it also included it in a longer, and larger context, sequenced within a multi-movement, seamless structure called “Vacant Boat (Shred) | Nonkilling 1 | The Anteroom | False Skull”—all of which are names of tracks, pieces, or variations included throughout the track list for The Anteroom.

“Nonkilling 6 | Hunger” arrives as a bit of a slice of the collage, taken out of the context of the whole.

While it’s easy to get caught up in the slithering groove that Krell effortlessly steers the song into through the combination of the array of synthesizer patterns and sequences, as well as the unrelenting rhythm of the drum programming, it is still a How to Dress Well song. We are miles removed from the murky ‘lo-fi R&B’ aesthetic of Krell’s proper debut for the project—2010’s Love Remains, but that inward and thoughtful nature of self-exploration is still very present on “Nonkilling 6 | Hunger.”

The song begins with Krell referencing Stéphane Mallarmé’s unfinished poem “A Tomb for Anatole,” written in 1879 the wake of the death of his eight year old son. This brief portion of the song is, according to the way its annotated on Genius, the “Nonkilling” section—it then slides right into the “Hunger” portion, with Krell stringing together incredibly haunting and evocative phrasing and imagery—“They still can’t name that fragrant wind rolling off a corpse,” he sings early on in the song, then later, “Pronounce the gray that the rains had brought over the sun, like a veil to suffocate the Earth.”

Using this kind of fragmented, very literate lyric writing, Krell is able to create a fascinating juxtaposition of it—singing something like “And I could feel in my body time rushing in the way nothing must have felt when something started to begin”—against the driving, heavy pulses of a beat that was destined to be played in a club while someone finds themselves in the space between losing themselves and finding themselves out on the floor.

“Hunger” and “The Anteroom” indicate that this forthcoming How to Dress Well record won’t be ‘difficult’ per se, but it will be slightly more inaccessible and artistically constructed when compared to the ‘consent anthem’ “Can’t You Tell,” or the unabashed pop of the Jack Antonoff produced and co-written “Lost Youth/Lost You.”

Krell may now be focused on creating music that is a little harder to access, but it is still incredibly thought provoking—no matter what form it takes—and his restless sound and desire for experimentalism only cements the fact that, since the beginning, what he’s been doing transcends ‘pop music,’ and lies more in the idea of making fearless art.

The Anteroom is out on October 19th, as a limited edition 2xLP or CD, via Domino Records.  The songs "Nonkilling 6" and "Hunger" are available to download outside of pre-ordering the album here, via iTunes.
Labels: electronic hot new joint how to dress well lo-fi r&b. new album new single nonkilling 6 the anteroom the hunger tom krell