Album Review: Spiritualized - And Nothing Hurt 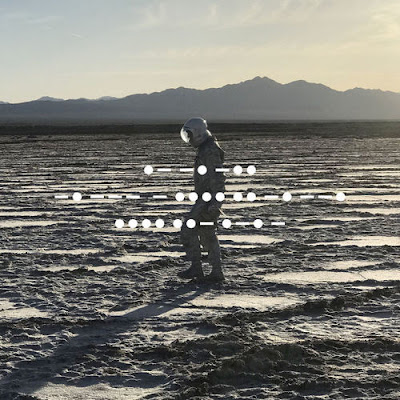 For a very long time, Spiritualized were just a band that I was aware of, but had never really sat down with or paid very much attention to.

The first time I gave the band a listen was in the spring of 2011—wading in as far as I could with their seminal 1997 effort, Ladies and Gentlemen, We Are Floating in Space. I had done so as a bit of a joke—maybe not a joke, per se, but sitting down with the record, at that time, was not in earnest intent.

During this time, I had an hour-long radio show, every weekday afternoon. I was always searching for both new music, as well as revisiting old, in an effort to diversify my set for the day. In May of that year, you may recall there was some kind of elderly, evangelical figure who claimed there were numerological clues in the bible, and that the rapture was coming on a specific date.

It didn’t happen—obviously, but in an effort to reference this bit of strange news, I thought it would be appropriate to play both “The Stations” by The Gutter Twins, as well as the titular track from Ladies and Gentlemen, We Are Floating in Space, at the top of my show, the following Monday after nobody was raptured.

I did listen to Ladies and Gentlemen in its entirety a few times—even adding the sprawling, orchestral, and somber “Broken Heart” into my show once or twice, but the album itself, as a whole, for as loved as it is, or revered as it is—it’s very, very difficult to access. It’s not inaccessible—it just takes time, and you have to find it at the right time.

The right time found me, or I thought it did, in 2015, when I picked the record back up a second time—there had been a sudden death in the family and I found myself, while sinking into a pretty serious depression, listening to “Broken Heart” over, and over again. I went as far as to purchase a copy of Ladies and Gentlemen on vinyl (a Plain Recordings pressing that, yes, it doesn’t sound all that great but it isn’t as insufferable as audiophiles on Discogs make it out to be.)

But even then, there’s something about it—as well as other entries in Jason Pierce’s cannon—that keep you (or at least me) at an arm’s length.

This is still the case for the latest album from Jason Piece and Spiritualized—his first record with the project in roughly six years. And Nothing Hurt—unfortunately sharing a title, or at least part of a title, with that Moby album released earlier this year—finds Piece, not so much operating on auto-pilot—no, many of these songs are much to complicated in arrangement for that; however, across the album’s nine tracks, Pierce operates from place of restraint and reservation, while still trying to, as best he is able, work in the bombast that Piece and the group was known for in the mid-1990s.

Occasionally, when I listen to Ladies and Gentlemen at home, and my wife hears the cacophonic swells of “Come Together,” she’ll joke and ask if I am listening to Aerosmith. Primarily, it’s because of the overpowering presence of the harmonica and blasts from a horn section on that song—she think it is slightly reminiscent of early 90s Aerosmith, specifically “Crying.”

I understand that she’s joking, but I also can see, ever so slightly, the similarity.

And Nothing Hurt is Piece’s eighth album with Spiritualized, and since Ladies and Gentlemen, he’s moved out of the post-shoegaze, noise, and dissonance that dominated the first two Spiritualized records, as well as his work with the infamous 1980s psychedelics of Spacemen 3. The sound of Spiritualized is hard to describe, and while Piece has incorporated older elements of his sound into latter day output, there’s also a lot of Rolling Stones-esque blues and gospel influence too—as well as just a large, pompous ‘rock’ sound.

I mean, on Let it Come Down includes over 120 musicians.

And Nothing Hurt, more or less, represents the space where an artist who has huge ideas collides with that artist’s own reality—at 52, Piece has lived a very hard life; Spacemen 3 were not shy about their recreational drug use, and that all caught up to him in 2005, when he almost died (his heart stopped twice according to his Wikipedia entry) during a serious bout with pneumonia; prior to that, Pierce learned that his liver was ‘pretty much gone.’

And during the press cycle for Spiritualized’s last album, Sweet Heart Sweet Light, Piece mentions undergoing chemotherapy, though he does not specify for what.

Piece’s overall fragility may explain the more reserved nature that parts of And Nothing Hurt takes; however, it’s not an album of ‘easy listening’—both in a metaphorical or literal sense. There are still plenty of bombastic, dense, and cacophonic moments1 found throughout.

Over the last 20+ years, it’s clear that Piece has become a more concise, focused songwriter. The longest song on And Nothing Hurt is a little over seven minutes, which is relatively short when compared to, you know, the 17 minute opus “Cop Shoot Cop” that concludes Ladies and Gentlemen. And as a whole, there is less emphasis throughout And Nothing Hurt on setting a tone or creating an atmosphere that will last from beginning to end; here, Pierce seems more occupied with writing moderately catchy refrains or melodies.

And Nothing Hurt begins with a sense of whimsy, to the sound of a gently strummed ukulele that opens up “A Perfect Miracle.” From there, it becomes relatively clear why I’m struggling so hard to find And Nothing Hurt to be a compelling or interesting listen—it is simply lacking any kind of urgency.

There was a real, visceral immediacy to the snarls, caprice, and drugged-out sadness of Ladies and Gentlemen; however, here, that is missing, and the album winds up sounding incredibly sleepy, with minor fits of restlessness throughout. It’s a formula that he winds up following very closely on And Nothing Hurt, making it a bit of a tedious of a listen.

“A Perfect Miracle” waltzes around on the top of the ukulele strumming and generic ‘space noise’ beeps and boops that come in courtesy of a synthesizer before welcoming cascades of grandiose orchestration, and echoes of Ladies and Gentlemen’s titular track, which found Pierce overlapping his vocals and lyrics, singing almost in a bit of a round. While he attempts something similar here, the overall result is not nearly as impactful or impressive.

As And Nothing Hurt continues, Pierce slides into that aforementioned bluesy sound on one of the album’s advanced singles, “I’m Your Man,” a slow burning give and take between moments of quiet, and explosions of gritty guitar solos, organs, and horns that punctuate alongside Pierce’s voice in the song’s refrain.

After two incredibly insipid and mundane tracks, “Here It Comes (The Road) Let’s Go” and “Let’s Dance,” Pierce suddenly finds some enthusiasm with the mix of blues, rock, and kaleidoscopic psychedelics on “On The Sun.” The lyrics here—as they are on, like, every song, leave a lot to be desired: “You can always do tomorrow what you cannot do today,” and “You can always count your blessings, babe, before the foul has laid” seem like they were pulled from some kind of large volume of clichés, and this song is one of the many times where Piece’s singing voice starts to show its age, but at least he’s managed to find some energy for the album, musically speaking.

The rest of And Nothing Hurt continues to stick very closely to the aforementioned formula—“The Morning After” is another raucous number, finding its way into a shuffling and tumbling groove; “Damaged,” “The Prize,” and the album’s dizzying closing track “Sail on Through,” all seem to tread at a glacial pace until Pierce finds it within to intermittently inject swooning orchestral accompaniments.

Over 30 years into his career, Jason Pierce, or J Spaceman as he sometimes likes to be called, is a ‘legacy artist,’ who is, in a sense, still coasting through on the storied name of Spacemen 3, as well as the built-in mythology surrounding the initial run of Spiritualized albums. His latter day work under the band’s name isn’t one of diminishing returns, but it’s also not exactly memorable material.  Prior to the press cycle for And Nothing Hurt, Pierce claimed this was the final Spiritualized album, though now, in an interview with The New York Times, he says otherwise.

And Nothing Hurt is not a bad record, per se; at times, it can sound quite beautiful, and with Pierce handling the production duties, you can tell that he labored over this thing for probably most of the six years between it and Sweet Heart Sweet Light. But a robust, warm sounding record is one thing—and a record emotional depth and the ability connect with its listeners is another. And frankly, that’s what this is lacking in the end.

If we’re measuring this by Aristotle’s Poetics, Pierce and And Nothing Hurt rely to heavily on spectacle for it to be the kind of memorable, thought provoking listen that you would want to return to for subsequent listens. Instead, this just becomes one more record I’ve heard in 2018 that I will, more than likely, never listen again to after this review is published.

1- It seems worth noting that, a number of years ago, when I still was employed at the bookstore, I tried playing a copy of Ladies and Gentlemen, We Are Floating in Space in the store. During “Come Together,” the owner of the store, who happened to also be working that day, at that time, told me to turn it down a little; I did, and then, as the album continued, during “Electricity,” she told me it was ‘too aggressive’ and I had to turn it off, then tried to engage me in confrontation over it, which I declined to do. It’s for the best I am no longer employed by this person, but whenever I think of Spiritualized, or Ladies and Gentlemen, I do think about how the music is just too darn aggressive for the tastes of middle age white women.

And Nothing Hurt is out now via Fat Possum; it's also available from Pierce's online store, alongside myriad trinkets relating to the album.