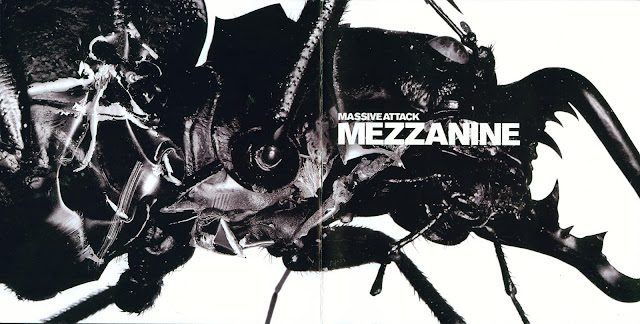 A number of months ago, I made a joke on Twitter about how, of course Massive Attack's Mezzanine was released on April 20th.

Jon, my editor from Bearded Gentlemen Music, sent me a message a few days later, and was like, 'Hey, Mezzanine turns 20 this year, do you want to write a thing?"

Of the original trilogy of Massive Attack albums, Mezzanine is the one I've truthfully spent the least amount of time with as a whole; Blue Lines was the first album of theirs I picked up during my first year in college, because that's when you get into Massive Attack, right?

Researching Mezzanine for this was a wild ride. It's got an impressive and kind of sad backstory, and as an album, from start to finish, it is really something to behold.

Thanks again to Jon and the rest of the fine folks at Bearded Gentlemen for the opportunity on this one. I am always appreciative to reach a wider audience. It's not the longest 'long read' I've ever put together, but I think this one turned out just fine.
Labels: 1998 20th anniversary bearded gentlemen music electronic longread massive attack mezzanine nostalgia poorly written thinkpiece retrospective trip hop