Book Review: Not Dead Yet by Phil Collins 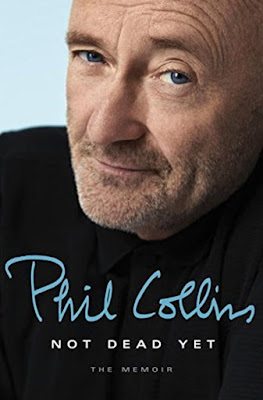 There’s a near throwaway joke on an old episode of “30 Rock,” where Tracy Morgan’s character turns to Alec Baldwin and asks if he likes Phil Collins. Without missing a beat, Baldwin responds with, “I’ve got two ears and a heart, don’t I?”

That joke has always stuck with both me and my wife over time, because we both love Phil Collins—something that I touched on at the beginning of the year when I reviewed the reissue of his first solo album Face Value, an effort that kicked off the nearly year long “Take A Look At Me Now” campaign which saw Collins re-releasing all of his solo albums with updated cover art, and additional material tacked on to an extra disc.

The campaign has concluded both in the form of his career spanning Singles collection, as well as his recently released memoir, Not Dead Yet.

Why do I continue to read books written by musicians? When I first learned of this impending memoir, I thought to myself—“Phil Collins wrote a memoir? Fuck yeah, I’mma read the shit out of that.” And even as I was purchasing it on the day of its release, I was pretty jazzed about the prospects—that is, until I remembered the last musical memoir I read this year, Porcelain by Moby, which was rather disappointing.

Then there was my attempt to read Kim Gordon’s book Girl in A Band, which I couldn’t even bring myself to finish because it was so poorly written and trite.

Was Phil Collin’s life story, set to page, going to be different?

The answer is both yes and no.

Not Dead Yet is a mercifully quick read thanks to just how breathlessly it is written and paced. That is due to Collins’ unrelenting work ethic from the time he joined Genesis until about a decade ago. A bulk of the book tracks his busy career through the 1980s and into the 1990s, when he went back and forth between Genesis albums, solo efforts, tours for both, all while trying (and failing) to maintain a family life.

With that being said, there’s a reason why Collins is a songwriter, and not an author.

Not Dead Yet isn’t poorly written, per se, but it is very casual, conversational, and at times, rather cavalier. It’s written in such a way as if you’ve encountered Collins in a coffee shop, or on the street, and you were like, “Hey man, love your work. Mind telling me your whole life story?”

Despite the lack of an articulate, formal “story telling” aspect to Not Dead Yet, Collins’ life was (and still is) an interesting one if you are a fan of his work. After beginning as a child actor on London stages, he became obsessed with learning to drum, and began gigging around in soul music cover bands, trying to make it as a working musician. He eventually answered a classified ad to audition for Genesis, and began working with them in 1971.

The book then covers Peter Gabriel’s departure as frontman from Genesis, and Collins’ alleged apprehensions and reservations about stepping out from behind the drum kit and taking over as vocalist for the group, as well as the group’s eventual pairing down to three core members, and its inevitable shift away from arty, progressive rock to more pop leaning compositions.

Not Dead Yet also pulls no punches with Collins’ side of the stories when it comes to his three failed marriages. Not really a lothario, or a pussy hound by any means, he spends his teenage years dating two women, Andy and Lavinia—both of whom will have an impact on his adult life.

It’s Andy he marries first, and adopts her daughter from her first marriage; the couple later has a son together. But life on the road touring in Genesis takes its toll on their marriage as Andy begins an affair with someone hired to do work on their home. It’s this affair and dissolution that inspire him to retreat to a crude home studio and begin demoing the songs that would become Face Value, including Collins’ most iconic song, “In The Air Tonight.”

His divorce is covered again on its follow up, Hello, I Must Be Going!

His balance between work and family life, at first, seems to be going better the second time around when he marries Jill. The couple has a daughter together, but in the early 90s, at a concert in Los Angeles, he reconnects with Lavinia, and the two begin an affair that he eventually fesses up to and the marriage is over. Shortly after this, he meets his third wife, Orianne. They have two sons, and their marriage ends in 2008—though he implies the couple has reconciled recently.

Collins is cavalier in his description of each relationship, and its inevitable end; and, as he is with the rest of his reflection throughout Not Dead Yet, he takes a self-effacing tone when he looks back with regret on his belief he could have been a better father to his children and a more present husband.

The most surprising revelation in the books is Collins’ late age descent into alcoholism, which began after his retirement from the music industry in the 2000s,--his divorce from Orianne didn’t help matters much either. He said he retired to spend more time with his two young sons, and found he had too much time on his hands, so he just started drinking more and more and, as he describes it toward the end of the book, it nearly killed him.

The book also goes into some slight detail about his myriad health issues that developed around the same time, including hearing loss, spinal, and nerve damage—all of which has made it difficult for him to continue playing the drums.

As with most memoirs of celebrities, Collins also spends time name-dropping throughout, including a brief encounter with George Harrison during the sessions for All Things Must Pass, his friendship with Eric Clapton, and his role in the ill-fated attempt at a Led Zepplin during Live Aid—Live Aid itself is covered in unrelenting detail due to Collins’ stunt of performing at the UK edition festival before hopping on a Concorde to fly to the US and perform again—another event in his life he reflects on in a deprecating, regretful manner.

Throughout, Not Dead Yet is incredibly self-aware; there are a number of “post scripts” tacked on at the end of certain chapters, and more than once, Collins uses the phrase “at the time of this writing.” The story of his life also wraps up relatively recently—the reissue campaign is mentioned a number of times, and his first “comeback” performance from March of this year is where the book begins.

Outside of the revelation of Collins’ descent into alcoholism, one other tidbit (albeit small) from the book that I found fascinating was his mention of a 2001 tribute album (released in the US in 2003) entitled Urban Renewal, which features artists like Ol’ Dirty Bastard , Lil’ Kim, and Brian McKnight all taking on covering and reinterpreting Collins’ material. Long out of print, I found a number of the songs are available to stream on YouTube. 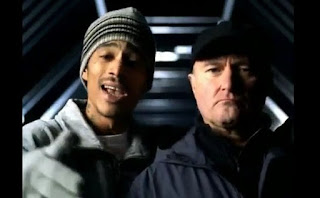 Similarly, Collins mentions Bone Thugs-N-Harmony, who sampled “Take Me Home” for a song, “Home,” in 2002. He, however, fails to mention that he appeared in the video for the song, which is maybe one of my favorite things of all time.

Not Dead Yet is obviously geared at a specific audience—people who unabashedly love Phil Collins. And if that is you, you should at least give it a read and learn a little more about the man himself. Far from “literature” or brainy prose, it was at least interesting, and for me, growing up with the “pop star” Collins of the 1980s, it made me want to dive into older Genesis material, as well as some of Collins latter day albums that I had slept on.

Not Dead Yet is available now wherever books are sold.