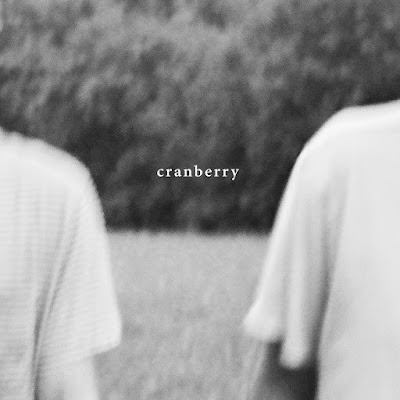 Considering I spent a bulk of my formative years listening to what could, for argument’s sake, simply be called ‘indie rock,’ it’s not exactly a genre I find myself with much interest in anymore.

Maybe it’s because a lot of what could be called ‘indie rock,’ especially from the early to mid 2000s, hasn’t aged particularly well; maybe it’s because bands and artists still dabbling in this area aren’t doing anything incredibly interesting.

I mean, what is ‘indie rock’ anyway, you know? It became a term to use instead of ‘alternative,’ some point along the way, but they are, for better or for worse, one in the same—to me, anyway. Was ‘indie rock’ even a real thing—like, is it a real sound, or style, or aesthetic? Or was it an idea or a movement?

I had never heard of the Austin, Texas based duo Hovvdy until their latest effort, Cranberry, popped up in a place I frequent to learn about new and forthcoming releases, as well as…acquire them. I was struck by the album’s stark and sparse black and white cover photo, and after sampling one of the album’s tunes on the Hovvdy Bandcamp page, I thought I would give the whole album a listen.

A quick internet search for Hovvdy will pull up links that describe the band as one that makes ‘thoughtful and surprising bedroom pop,’ or ‘soft, atmospheric rock of the bedroom variety,’ or ‘frill-free rock music on a shoestring budget.’ All of these, at the end of the day, things scream ‘indie rock,’ but Hovvdy seem to have a little more going for them, and quite a bit more thought in their music when compared to a lot of other acts that may wind up being a flash in the pan success with the public radio crowd.

The moment Cranberry begins, there’s something inviting and familiar about the Hovvdy sound—it blends in elements of folk, or at least the occasional acoustic instrumentation, but thankfully never teeters into being too ‘rootsy’ sounding, and as a whole, the album is steeped in a hushed, fragile, melodic, and somber aesthetic. There are moments when it reminded me of both the first two albums by Wheat (though a little less ramshackle), the Canadian trio Tearjerker (though a lot less woozy and atmospheric), as well as echoes of Phil Elverum (the acoustic and lo-fi stuff, not the doomy heavy stuff.)

Hovvdy, comprised of Will Taylor and Charlie Martin, both apparently drummers but very obviously now both multi-instrumentalists, play with an incredible restraint throughout Cranberry. I think in looking information up about the band, I saw the tag ‘slow core’ used somewhere—and I’d stop short of calling them that. Yes, there is something very slow, and very deliberate about the pacing of Cranberry, but even with an album as relaxed sounding as this, it’s not ‘slow core.’ There’s simply not enough silence here for that.

For an album that moves along at such a deliberate pace, Cranberry is a surprisingly swift listen from start to finish. Though, that may have a little something to do with the fact that Martin and Taylor rarely leave the comfort zone of their current sonic palate—it’s not a fault of the album, and Hovvdy are a relatively new band (less than four years old at this point), but there are times when things begin to sound a little samey—like, they are both good songs on the record, but “Late,” and “Float” are very similar in a number of structural aspects.

When Cranberry works, it really works—it opens with some of its strongest material in the form of “Brave” and “In The Sun,” and it closes with another impressive double shot in the form of the pensive “Colorful” and the shuffling “Swing.” And as a whole, there are relatively few total misfires—though the electro-infusion on “Thru” is a bit out of place within the rest of the record’s aesthetic.

I don’t know if ‘adult oriented indie rock’ is a real thing or not, but Cranberry could be described that way; it’s quiet and accessible, providing the soundtrack to moments of introspection.

Cranberry is out today as a digital download from the band themselves, or on vinyl, compact disc, and cassette, via Double Double Whammy.