The Bearded Life: A Place of Reflective Silence 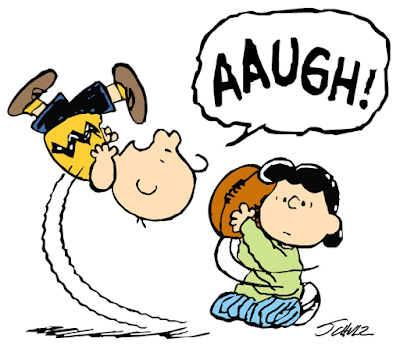 Please note: due to circumstances beyond my control, this month's 'Bearded Life' column, similarly to last month's, will not be appearing on the Southern Minnesota Scene magazine's website. The following is the column in its original, unedited entirety, and it can currently be found in the June edition of the publication, the annual 'Music' issue.

Going back as far as when I turned 16 and began working at a drug store in rural Illinois, all the way through today, music has in some way or another, been a part of nearly ever job I’ve held.

At the drug store, it was a rotation of mostly Top 40 hits spanning myriad genres and eras, occasionally interrupted by an in-store commercial for something on sale or a reminder of how great the pharmacy was. Nothing was overplayed often enough to drive one to tears or madness, and every so often, you would hear a song you legitimately liked—mid-90’s adult contemporary fodder like “Barely Breathing” and “A Long December” immediately come to mind as songs where you’d hear that opening note, pause in the middle of your work and say, “Awwww shit. That is my jam.”

It was at this job that I first discovered the perpetually underrated songwriting of Seattle’s Shawn Smith. Fronting the band simply named Brad, their minor hit “The Day Brings” would occasionally play in the store, and nearly 20 years later, is still one of my favorite songs.

When I was in my mid-20s, there was my two-year stint working out of an office where, for a bulk of my time there, the soundtrack was a very limited selection of music housed on someone’s iPod, set on shuffle. The soundtrack was mostly comprised of The Blues Brothers’ seminal Briefcase Full of Blues, a Brian Setzer Orchestra live LP, and some kind of Big Band-era and swing music compilation.

Needless to say, it was horrible, because to me, music like this is unlistenable. And, to this day, the utterance of the expression “Jump, Jive, and Wail” is enough to give me a case of the howling fantods.

Many years later, when I started writing for the newspaper, listening to music while you worked—either quietly on your computer’s speakers, or through the use of headphones—was, for the most part, frowned upon.

Headphones specifically were singled out as problematic because it would cut you off from the rest of the newsroom: you could miss your editor shouting something at you from across the sea of cubicle walls. You may miss a phone call from a source that had been avoiding you all day. You may not hear the police scanner go off, missing out on a chance to watch a grass fire, or exploit a mental health crisis taking place.

So, in that instance, you listen to the silence.

You hear the gum that the person who sits on the other side of your cube wall is chewing. You hear the insufferable whistling sound effect that plays when somebody, who refuses to silence their mobile device, receives a text message. You hear one side of a telephone conversation about the difference between a free notice of death and an obituary. You hear the humming, whirring, and chugging coming from the photocopier.

You hear the steady, rhythmic plinking of dirty water hitting the bottom of a plastic cup under the leaky coffee maker.

You hear your own exasperated sighing noises, and you begin to wonder how often you make them, and if others around you hear them too.

Music, as a whole, is incredibly subjective and polarizing. What someone else loves, you may loathe with the fury of a thousand summer suns; and what you think would be, at the very least, tolerable to a large group of people, can drive at least one of them to the breaking point.

At my current job, we use “Pandora for Business,” and unlike the regular ass version of Pandora, it is thankfully free of advertisements, and does not time out after every four hours of use to inquire as to if you are “still listening” or not.

However, just like the regular ass version of Pandora, it eventually lodges itself into the same relatively small selection of songs.

For awhile we were treated to a Reggae-themed station, where one could expect to hear the studio version of “No Woman No Cry” by Bob Marley, as well as a sick live version of the same song by Ziggy Marley featuring the out of tune belting of John Popper (the guy from Blues Traveler.)

It was also through this station, which I had given the affectionate nickname of “Bro Intellectual Radio,” that I was introduced to the Canadian band “MAGIC!” and their hit “Rude,” which has the distinction of being both one of the most awful sounding and misogynistic pop songs in recent memory.

Later, there was a station that my co-worker referred to as “Hipster Cocktail Party,” which was a strange blend of white men with acoustic guitars, odd electronica-lite covers of songs like “Wicked Game” or “Harvest Moon,” popular songs by Adele, Duffy (the poorman’s Adele), and Amy Winehouse, along with some other Top 40 fodder thrown in for good measure.

It was this station that began to push people toward their personal breaking points.

We would occasionally hear one or two songs by Florence + The Machine, which apparently proved to be just way too much for one of my co-workers to handle. She’s literally the most mild mannered person I’ve ever met in my life, but as “Shake it Out” played for probably the second time that day, to no one in particular, she screamed “AAAUUUGGGGHHHH” the way Charlie Brown does when the football gets pulled away from him, followed by, “I HATE THIS MUSIC!”

There was also a time when “I Will Wait” by Mumford and Sons was included in the rotation. This time, a different, but still very mild mannered co-worker turned to me, and as Marcus Mumford stomped and strummed away on his banjo, calmly said, “I don’t know how you feel about this song, but first I’m gonna kill Mumford. Then, I’m gonna kill his sons.”

Once, during a discussion about what station we should be listening to, I suggested either ambient droning, or early ‘90s rap music—I was half kidding about this. But no one took my suggestion seriously.

Music, as a whole, is incredibly subjective and polarizing. And someone will always be unhappy no matter how hard you try to please everybody. As another half joke of a suggestion, I said that maybe we should just work in silence.

You’ll notice it now that I have pointed it out, but there is no music overhead in Target. If you’re close enough to the electronics department, you can hear the loop of promotional videos playing on the televisions, but at the other end of the store, you can only hear the sound of a child screaming, the sound of a shopping cart with a fucked up wheel, and the sound of your own thoughts as you ponder why you are always on the verge of being crushed by a torrential downpour of sadness when you step into a Target.

Maybe you can’t be left alone with your own thoughts though, even in the workplace. Maybe you need to hear an acoustic live version of Adele’s “Right as Rain” to distract you from your existential dread and keep you focused on the task you are being paid to do.

Maybe you don’t want your work environment to be a place of reflective silence.