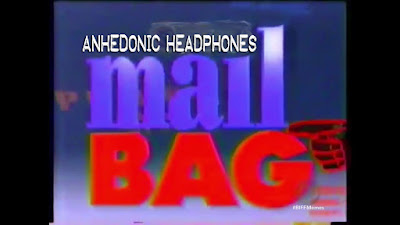 Near the end of 2016, and into 2017, I tried writing for an entertainment website named Spectrum Culture. One of the editors at the site found me via Twitter, and claimed that they liked my writing, and were curious if I were interested in contributing. I told them I was, which was a huge mistake—for a lot of reasons, but the largest, and most difficult to try to work through, was that they wanted reviews that were, more or less, void of personality.

I can’t say they wanted ‘objective’ content, because no music review is objective, but they wanted pieces that lacked a first person experience—meaning I was not able to include personal anecdotes, and I had to find a way to write about my experience with the record, or my opinions about the record, but leave myself out of it completely.

I started this blog in 2013 after quitting the radio show I hosted, and I started it without really knowing what I was doing—my intent was to just ‘write about music,’ but if it’s music I really care about, or am invested in someway, I wind up writing about myself too. Since the beginning, I’ve struggled with knowing how much of ‘myself’ I should interject into reviews, or in the long-winded ‘anniversary’ pieces that I’ve taken to writing.

Just how often should I break the fourth wall?

I started this blog in 2013 after quitting the radio show I hosted, and I had no idea who would read what I was putting out into the world. But people read this thing, much to my surprise. And even now, people are still, somehow, finding pieces I had written within the first year—stuff about an obscure David Crosby single from 1993, stuff about World Leader Pretend, about Damien Rice, about Elizabeth Powell from Land of Talk—and are still commenting on it.

There was a point, maybe even pretty early on, when I started getting things sent to me, usually via Facebook, for consideration to review. And in the earliest days, within the first year, and maybe even into the second and third, there were things I was willing to consider, and I tried—I came across a lot of things that weren’t exactly on par with my tastes, or things that I would have opted to write a marginally positive review of if I had come across them on my own—but I would put something together never the less.

Once my mental health started to decline, in 2015, and into 2016, I found it was difficult to even review things I wanted to write about, let alone things that were being sent to me by hopefully publicists or musicians in Europe who, somehow, happened to find the site.

I put together a ‘no unsolicited materials’ page for the site that, like, nobody ever reads—I still get the occasional message via Facebook or Twitter about putting a review together, and usually I have to politely decline. However, there are two things—one sent to me very recently, the other was sent to me in December—that I felt like I could give thoughtful consideration to. 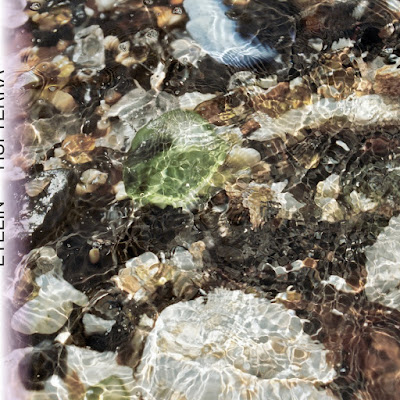 The best way I can describe Hui Terra is that it is a restless record—it fidgets. Just when you think you’ve got one of the album’s six pieces figured out, it will suddenly shift into a different direction, with a different tone and rhythm all together.

Released in November of 2018 (sorry this is arriving six moths late), Hui Terra is the work of Alex Cobb; an ambient performer in his own right, as well as the head of the Students of Decay label, this Hui Terra his the first effort released via his new imprint, Soda Gong, and issued under a new moniker—Etelin.

It’s a perplexing listen—and the changes that come throughout aren’t arbitrary or some kind of cut and paste sound collage. No, they are built into the ‘life’ of the record, if you will—the record is alive, constantly thinking and changing. The exhaustively detailed press release that accompanies the record isn’t kidding when it describes it as an album that ‘explores the power and playfulness of impulsive action.’

Hui Terra is an album that is, at times, ripe with moments for quiet introspection, as well as moments that I stop short of saying are ‘unnerving,’ but are strange and discomforting to hear—sometimes, Cobb manages to conjure up both sensations within the same piece. Within the first track alone, the sprawling seven minute and change “Vixen and Kits,” Cobb manages to take the listener through at least four steps—opening with mildly soothing, glistening tones, the piece suddenly becomes a literal cacophony that sounds like a room full of alarm clocks that are all going off at the same time; the glistening returns, only to give way, within the track’s final two minutes, to be replaced by what sounds like either frenetic tribal drumming, or, an unrelenting avalanche crushing you until the track concludes.

Not every piece on Hui Terra is as intense, and not every track features such stark tonal shifts—“Hour Here Hour There” and “Water The Ferns” are both much more restrained in their sonic design, as is the late arriving “We Don’t Have to Eat Our Hands.”

However, a majority of the album’s fourth track, “Little Rig,” is not.

This is where Cobb gets into that discomforting feeling—the track opens with what can only be described as something sounding very similar to the air being slowly being let out of a helium balloon—though, allegedly, it’s the sound of Cobb’s infant son, manipulated and sampled, which he then manages to spiral around the listener in a dizzying way, panning the sound across the left, then right, channels.

One of the record’s shortest tracks, it does give way for a gorgeous, pensive coda, arriving with around a minute left in the piece.

Cobb concludes Hui Terra with its most introspective and straightforward (relatively speaking) track, “Been Really Good Today,” another lengthy piece that is structured around an erratic, though gorgeous, sequence of distended bells ringing out.

There are times when the jarring nature of Hui Terra is reminiscent, ever so slightly, of Daniel Lopatin’s work as Oneohtrix Point Never, though it is much less abrasive in its execution. And while press releases that accompany album have been known to rely on a little hyperbole to ‘sell’ the album, it does behoove one to read up on Hui Terra, because the backstory behind its creation allows the album to make a little more sense.

Assembled during the first four months after the birth of Cobb’s first child, the press release notes that Cobb recorded and arranged at all hours of the day (and night), created in a haze from lack of regular sleep, and inspired by skittering, like minded albums (both, coincidentally on Drag City) Plux Quba by Nuno Canavarro, and Microstoria’s Init Ding.

It’s an album that is described as a reflection on moments of tumult and fragility, which is accurate, yes, but it’s also a statement on the seemingly never ending entropy of the day, whether you have an infant living in your home or not. A night and day departure from Cobb’s long-form drones found on his 2015 LP Chantepleure, Hui Terra is an experimental effort that asks a lot of its listener, though it offers little, if any, answers or resolve in the end.

A synthetic look at an organic experience, as the final bells of “Been Really Good Today” drift off into the distance, all you are left with is the fact that tomorrow is another day, and this, for better or for worse, will begin again. 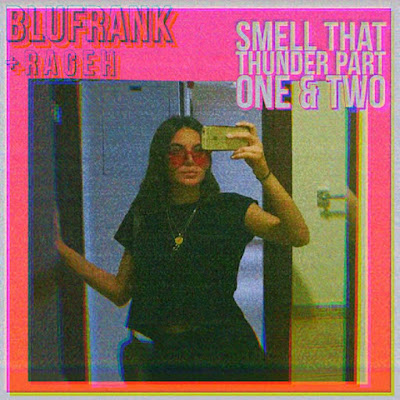 Less than two years ago, an Egyptian D.I.Y. musician named Ragy Ahmed released a four song EP (on cassette) titled I Am Fine. Under the moniker BLUFRANK (stylized all in uppercase), the music found within is anything but fine—with song titles like “Nihilistic Delusion” and “Find it Dull,” BLUFRANK is electronic-based music that defies all logical categorization.

Somehow maintaining pop sensibilities, BLUFRANK, at least on I Am Fine, manages to incredibly compelling and listenable, though it’s often distorted and unnerving—a truly imaginative blend of infectious arrangements, dusty, broken drum machines, bubbling synthesizers, along with a jumble of voices.

Ahmed alleges that there is large underground music scene in Cario, with many similarly minded artists working as a bit of collaborative through the label SLOVVDK, issuing digital singles via Soundcloud and Bandcamp.

Following the release of his “Time, Money” single in January, Ahmed has already returned with a two-part single under the name BLUFRANK—“Smell That Thunder.”

Roughly five minutes total between the two parts, “Smell That Thunder” is a kaleidoscopic journey to say the least.

Over a steady beat and a very strong bass line, the first part of “Smell That Thunder” wastes no time in establishing its slithering, slinking groove—the kind of deeply rooted groove that gets inside your body almost instantly, and you can’t help but nod your head to it. And as various blips from synthesizers sound off, Ahmed’s voice, along side the ‘additional adlibs’ from Ahmed Osama, swirl and skitter around, creating a strange, woozy atmosphere.

Aside from sharing a title, there is little to connect the second part of “Smell That Thunder” to the first—the second half is much darker sounding—structured around a jittery beat, and layer upon layer of manipulated, distended vocals—some of which create a somewhat ominous tone when juxtaposed against the first half.

Under the moniker BLUFRANK, Ahmed is creating fascinating stuff, and is slowly amassing an impressive body of work. With its lo-fi aesthetics and focus on manipulated sounds, “Smell That Thunder” is an acquired listen, but it is the kind of thing that caught my attention the moment I pressed play.


Hui Terra is available as a digital download from the Sodagong Bandcamp page; it's also out as a limited edition vinyl LP, available from Forced Exposure.

"Smell That Thunder" is out now via the SLOVVDK Bandcamp.