Album Review: Solange - When I Get Home 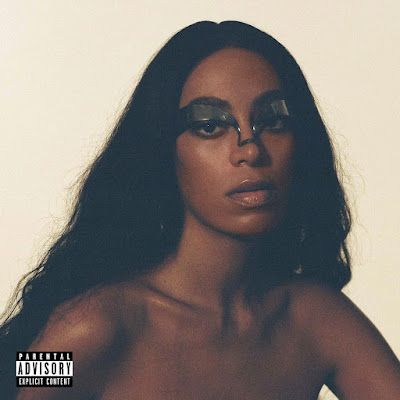 In a world where surprise album releases by marquee name artists are a somewhat regular occurrence, the knee-jerk critical response, also, occurs regularly.

Solange Knowles, as she had done with 2016’s A Seat at The Table, gave little, if any, notice for the release of its follow up, When I Get Home, which she issued digitally, at midnight (Eastern Time) on March 1st; this means that, at some point during the day, some hapless staff writer at a site like Pitchfork was saddled with the task of putting together ‘five takeaways’ from what was, presumably, like, two listens all the way through, then saving a full review, again, that some hapless writer probably spent their whole weekend on, to run on Monday, March 4th.

In her review of When I Get Home, Anupa Mistry says it’s an album that ‘doesn’t offer a clear thesis like on A Seat at The Table.’ In a way, I can see how one would think that upon early listens—it’s the kind of record that is, inherently, lacking in the direct focus its predecessor had.

But that’s the point. That, in a sense, is the thesis.

Look, I get that ‘music journalism’ demands that a brand new record from an artist like Knowles needs to be reviewed as soon as humanly possible in order to attract the most readers, or click throughs, or whatever.

The other side to that argument is that, by spending even just a little more time with it, you’ll more or less hear Knowles deliver what is an actual thesis statement in an early interlude segment—“I can’t be a singular expression of myself,” she says on “Can I Hold The Mic,” and I don’t know if it’s the way she actually says the ‘r’ in ‘singular,’ or if there is some subtle post-production effect placed on it to stretch it out slightly, but the next time you listen to it—really listen, and you’ll hear the way that ‘r’ is pulled, and it will stick with you.

I’m not sure how long the ‘sound collage’ as an album has been an institution, but it’s something that seems to be not so much growing in popularity among more mainstream artists, but it is becoming more of an artistic risk and form of expression that artists are willing to take.

How to Dress Well’s The Anteroom is, arguably, a sound collage—a cycle of songs that are all, more or less, connected via a through line, and at some points, become self referential. Earl Sweatshirt’s ironically titled Some Rap Songs is more than arguably a sound collage, as it’s an unrelenting, experimental collision of tracks that wind up being more sketches, or ideas, than what you may think of as an ‘actual song.’

Ensley, the sprawling effort from internet/underground rapper Pink Siifu is also a terrific example of how construct a sound collage as an album—alternating between full-length songs—the songs themselves blur the lines between genres—on top of atmospheric interludes, and experimental material that arrives in the album’s second half; it becomes a lengthy and difficult journey, but it’s worth it in the end.

I would make a strong argument that When I Get Home is less of a straightforward album, and more of a sound collage, simply because of how loose, and how experimental in tone and execution it is. At 19 tracks, it’s just shy of 40 minutes in length; the longest piece is one of the first standout tracks from the effort, “Almeda,” a slinky, dizzying, trap-heavy ode to African American skin; the album’s shortest moment is its first ‘interlude,’ “S MacGregor,” named after a major bypass is Houston, Texas.

There are times when it truly feels like When I Get Home is 40 minutes of slightly connected interludes, or even one long interlude that has been cut and pasted together, as Knowles effortlessly glides from idea to idea, giving the listener almost no time at all for one to sink in before she’s onto the next. It’s not even that quickly paced of a record—it moves along at its own rhythm, dictated by Knowles as an ‘Artist with a capital A,’ and it’s not even that urgent of a record.

But there is something inside of it that demands your attention, and if you aren’t following along closely, you’ll miss the countless subtleties that make it such a complex record.

In three songs alone, within the album’s first half, Knowles utters the word ‘down’ roughly 113 times.

Maybe I miscounted—it’s tough to keep track when you’re just reading along on the Genius pages for these songs. But the repetition of the word was one of the very first things I noticed during my initial listens of When I Get Home. What does it mean? I don’t know. Why does she do it—is it the same reason Thom Yorke says “And the rain drops” 47 times at the end of “Sit Down, Stand Up?” He said it was because it ‘sounded good.’

When I Get Home may be a love letter, of sorts, to Knowles hometown of Houston, but aside from that, at least the first half of it is about setting a tone, which she does through this, and other, uses of repetition. It makes for a hypnotic listen at times, when she and her stable of collaborators are able to stay in that same energy for a long enough period of time before they stray toward another idea.

The album opens with a spacey, two-minute meditation, where Knowles introduces the idea of repetition right out of the gate. “Some things I imagined,” she begins on the aptly titled “Things I Imagined.” “I saw things I imagined.” And then she says it again, and again—a total of 16 times, occasionally with a different cadence to her voice, before the song shifts gears toward the end, and sliding into “S. MacGregor,” the aforementioned, and surprisingly unsettling, interlude, featuring actresses Phylicia Rashad and Debbie Allen reading bits of “On Status,” a poem written by their mother, writer Vivian Ayers.

The sample itself, warped and chopped, is pulled from an 1987 television special, and if this weren’t a deep enough of a dive—S. MacGregor, the street itself, was the location Rashad and Allen’s childhood home.

Knowles continues that ‘spacey’ vibe, with the simmering groove of “Down With The Clique,” and “Way to The Show,” which are two of the first three songs, as you probably surmised, that feature the repetition of the word ‘down.’ The third, arriving after another short interlude, “Can I Hold The Mic,” is “Stay Flo,” which is probably the most accessible of the trio in terms of its arrangement. The spacey, funk-leaning vibe of the former has been replaced with a slinking, slithering groove that is as infectious as the song and its handful of lyrics is mesmerizing.

Structurally, “Stay Flo” seems to represent the conclusion of a specific cycle or tone on When I Get Home, as the album shifts again, into much more atmospheric territory on “Dreams”—which is where she stays for the earlier mentioned “Almeda,” though again, Knowles, as a songwriter and arranger, manages to make that experimentation more accessible thanks to the infectiousness of the trappy drum machine beats and the way she delivers her lyrics. This isn’t, like, the kind of infectiousness of a Top 40 pop song, but it’s something that works its way into your subconscious, and you find you’re still thinking about it long after you are finished listening.

When I Get Home doesn’t so much derail after the halfway point, but what I’ve noticed upon numerous listens (I have been sitting with this thing for a month now) is that whatever focus, or direction, there was in the beginning—that gets brushed away as the album enters into its second half—a section of the record that is comprised of three interludes, and a handful of tracks that are all less than two minutes in length.

The second half of the record is also where Knowles indulges a little more of what you could call R&B dramatics—“Time (Is)” is a plaintive, burning piano ballad, and “Jerrod,” another standout from the album, is a rollicking track that boats a strong Songs in The Key of Life-era Stevie Wonder influence in both its instrumentation as well as its songwriting structure.

I hesitate to say that When I Get Home runs out of energy by its conclusion, because I don’t think that’s really the case; I think what happens is there is such a dramatic shift after the highly energetic and unrelenting nature of the first few tracks that it’s difficult to keep that tonality going, and Knowles winds up pulling the album into a different direction—a slower, more pensive direction, that brings things to its almost unassuming conclusion.

There is one final, bombastic flourish in the form of the airy, synth heavy, hi-hat driven “Sound of Rain,” which allegedly features production from Pharrell Williams, though it sounds unlike anything else I usually associate with his production aesthetic. Its production doesn’t feel out of place, though it does strike a drastically different feeling in comparison to the rest of the record—there is just nothing this ‘big’ sounding anywhere else on When I Get Home. Even with it being one of the most accessible or ‘listener friendly’ tracks on the record, Knowles does manage to slide into the use of hypnotic repetition by the song’s end, focusing on the word ‘swangin,’ said precisely in that way.

When I Get Home almost—almost—begins and ends at the same place; near the end of the first track, Knowles begins singing “Takin’ on the light.” She returns to this phrase at the end of “I’m A Witness,” the reserved, soulful, reflective final track.

Knowles warns us that she cannot be a singular expression of herself and When I Get Home is her attempt at elaborating on that idea. It’s a very, very difficult album that really demands almost too much, at times, from its listener in terms of their attentiveness to it. A Seat at The Table, also, demanded a lot, and was complicated, but it was much more accessible to a casual listen than this record is.

A Seat at The Table also featured “Cranes in The Sky,” and if you went into this new record hoping there’d be another devastating, cathartic moment like that—you may be disappointed by what you found instead. When I Get Home isn’t a disappointing follow up, or a ‘bad’ record—it stays with you, but not for the same reason its predecessor did. There is weight to this sound collage—but it’s the weight of a feeling, or the conjuring of a place (Houston) as opposed to the emotional weight that A Seat at The Table carried so gracefully and memorably.

When I Get Home is a complicated album, made by a very complicated and diverse artist—and we are living in very, very complicated times. It offers very little, if any, clear resolution to its listeners, even though Knowles implies she has found resolve for herself through the connection of the first track into the final. Even when it falters—the Gucci Mane feature on “My Skin My Logo” feels entirely out of place—it is still an impressive artistic risk and statement that is worth intently spending time with.

When I Get Home is out now digitally via Columbia, with a LP release planned for 'late June.'
Labels: a seat at the table album review artistic experimental. new album new review r&b solange when i get home