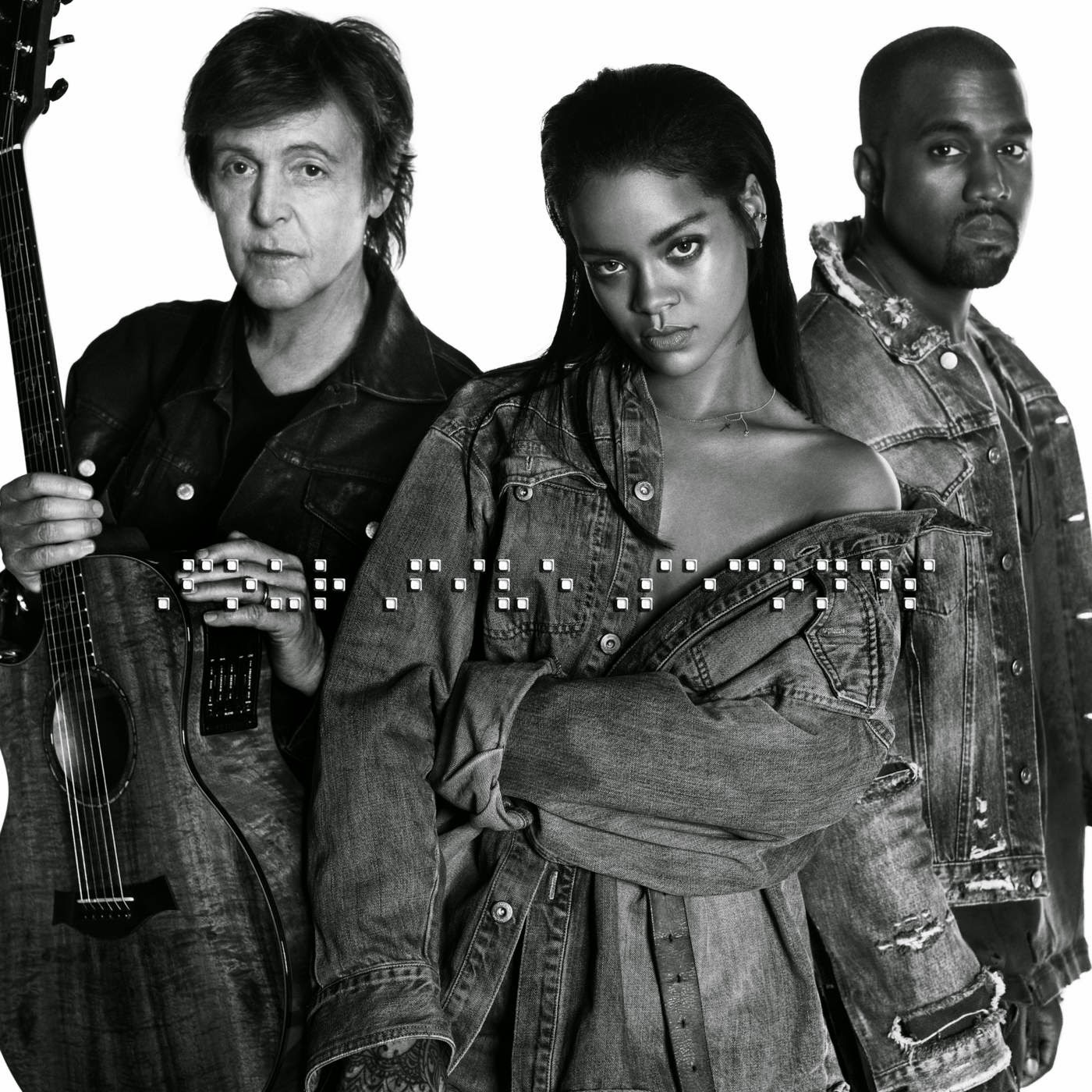 I believe my wife and I had just finished watching something on Netflix, and then proceeded to pick up our respective mobile devices when I saw the story online and was like “HOLY SHIT GOTTA GO LISTEN TO THIS.”

The clunkily titled “FourFiveSeconds” arrives less than a month after McCartney and West released their loose, sweet collaboration “Only One,” featuring McCartney twinkling the electric piano, with a heavily auto-tuned West singing about his daughter—and possibly his deceased mother singing through him about his daughter.

“FourFiveSeconds” is equally as loose, and it’s almost perplexingly so. It’s structure and overall feeling leave me wondering just what exactly happened when West and McCartney got together to record together—like did they just leave the tape rolling and record any and every idea, hopefully getting some rough sketches of songs out of it?

Because much like “Only One,” “FourFive Seconds” is incredibly rough, and feels like a sketch of a song. But it’s also incredibly fun, and even in this skeletal state, you can hear how this could become something much, much larger.

It just starts—no intro, just begins with loosely strummed acoustic guitar with Rihanna taking the first verse. Not auto-tuned, her voice kind of squeaks a little early on, and there’s a weird effect put on her voice that causes it to both echo at the end of the phrase, but also causes a strange warble sound in the middle of each line that is a little distracting.

The same thing occurs, only louder in West’s verse, which he sings, less auto-tuned than on “Only One,” so it is not as noticeable. And for a guy who has relied so heavily on that as a device when he’s singing, rather than rapping, he could stand to not lean so heavily on it—the guy is getting pretty good at singing, honestly. After, like,  seven years you can tell he’s become more confident.

And what about the song itself? Well, it clips along very quickly, only taking a breath to slow down with the heavy organ during Rihanna’s bridge. Lyrically, for some reason, I can’t help but love this song, despite how sloppy it ends up coming off in the end. And it’s all in the refrain: “I’m ‘bout four, five seconds from wildin’, and we got three more days until Friday…I swear I wish somebody would tell me, ooooohhh that’s all I want.”

And the reason that I like it is stupid—it’s because I don’t let things go. I heard a quote recently that said, “Resentment is like drinking poison and hoping it will kill your enemy.” That really resonated with me because, it’s true—resentment doesn’t give you anywhere. But still we hold grudges. And sometimes we want people to push us too far so that somebody, anybody is on the receiving end of what we’ve been holding back.

And dressed up as a breezy pop song, possibly recorded off the cuff, that’s what this song is about.

Is “FourFiveSeconds” a great song? That’s debatable. But it’s also not a bad song. It’s a song, with three huge marquee names in the music “business” working within a stripped down, casual setting. And much like “Only One,” it serves as a fascinating listen.

There are rumors that this song is going to be on both Rihanna AND Kanye's new album (doubtful) but until then, it's available in the iTunes marketplace.