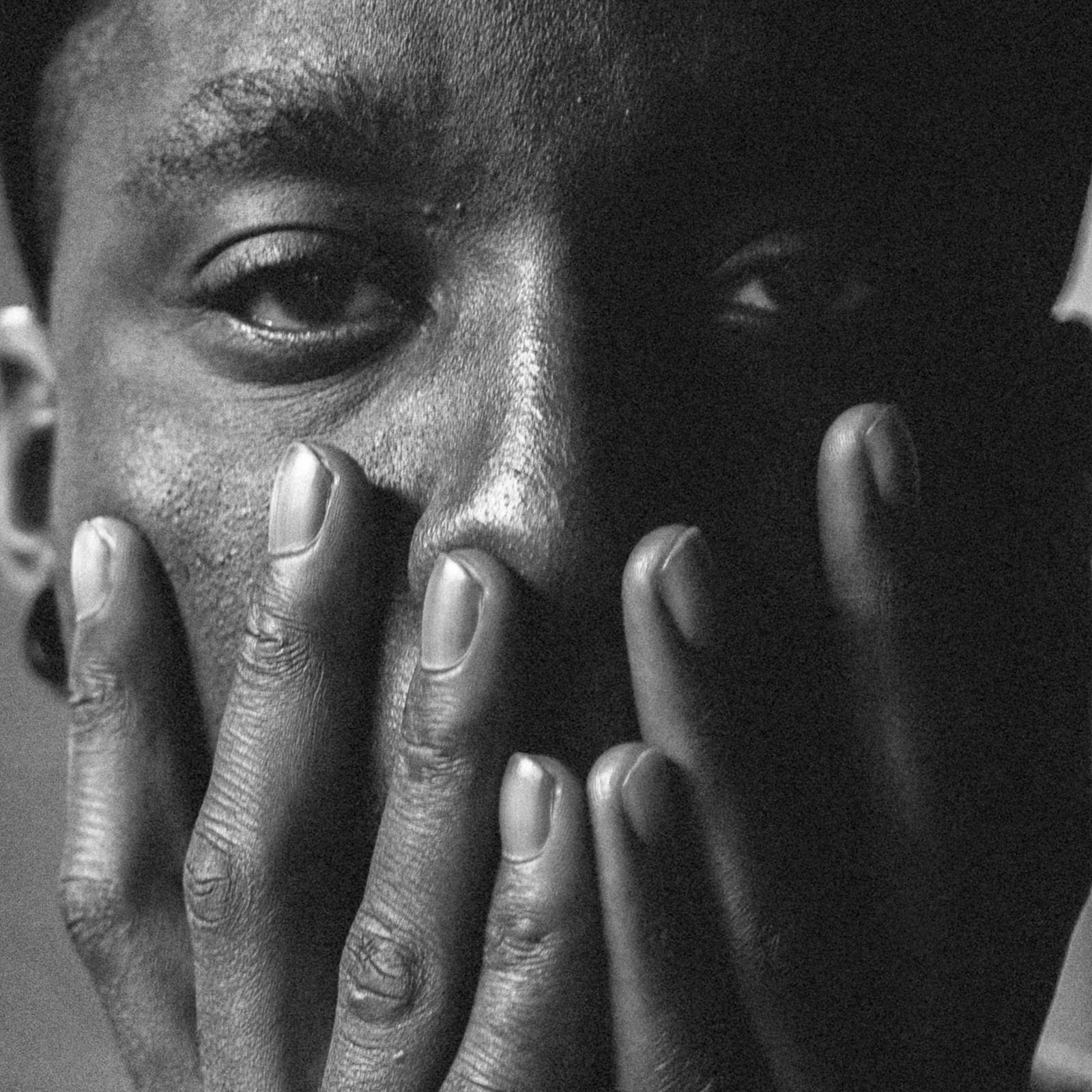 Ayo first of all who does this Petite Noir guy think he is naming his EP The King of Anxiety? THAT IS MY TITLE GOD DAMMIT.

Anyway, all jokes aside, Petite Noir is the work of one dude—Yannick Ilunga, hailing from Cape Town, and he recently got a HUGE co-sign from P4K with a whopping 8.2 rating. Usually I see a rating like that and I take with a grain of free-range, gluten free salt, but writer Jayson Greene usually knows what he’s talking about.

So it was with sampling some of the EP on Souncloud, and with an iTunes gift card balance burning a hole in my pocket, I decided to download The King of Anxiety while working in a Caribou Coffee, writing a lengthy essay for my real job. Downloading anything in a Caribou is probably a bad idea because the internet connection is awful, for some reason. But slowly, the files materialized on my computer, and I hit the space bar.

Petite Noir, selling it short, can be classified as post-TV on The Radio indie rock. Ilunga has a huge, commanding voice, but also knows (wisely) when to restrain it, and it’s a balance he strikes early on with the shuffling “Come Inside,” a song built around incredibly crisp percussion, loose guitar string plucking, synths that eventually overtake everything in the last third, and Ilunga’s voice, lulling you in hypnotically with the repetition of specific phrases, knowing when to dial it back, and when to let it all go. And for the first track on his debut release, it sounds like it cost a small fortune to layer a song like this and have it come off so slick sounding—it would be very welcome on radio station like 89.3 The Current, in between whatever other “hip indie rock” they are peddling on there these days.

The next song, “Chess” similarly follows suit—clocking in at a rather self-indulgent running time, it sprawls through world/internationally inspired percussion, providing a driving rhythm that continues to grow and grow. It’s momentous, yes, but the focus on the sheen of the production value seems to drain any depth a song this “big” should have. It, also, sounds a little like Dear Science-era TV on the Radio when the band was leaving their more artistic leanings aside, favoring accessibility instead—this is a feeling that kind of runs throughout the course of The King of Anxiety.

I was going to say that Ilunga doesn’t play it safe during the entirety of the EP, but that would be lie. Even when a song like “Till We Ghosts” opens with some otherworldly stomping and soulful, belted out vocals, it, again, clears a path for more of the same from a musical standpoint.

Out of the five tracks on The King of Anxiety, Ilunga only really switches up his m.o. on two tracks—the downcast, skittering “Shadows,” and the relatively smooth, slow jam “The Fall,” the kind of track that was pretty much written to be a closing track. It packs enough R&B confidence and groove to overpower the generic indie rock leanings that run throughout the effort.

I hate to ride the guy about his sound. I really do. He’s talented, and he’s obviously got a lot of big, good ideas. I think he just needs more time to develop as an artist, and hopefully he can grow out of the easy to pigeonhole “black guy making white music” template found on The King of Anxiety. This isn’t a bad EP. It’s catchy as hell, so even when he tries to experiment slightly with the tracks, it’s always accessible for a casual listener (e.g. white folk that listen to public radio and only hear about music by reading Pitchfork.)

So while it’s catchy, the problem is it’s not memorable. Petite Noir, right now, is not groundbreaking, and maybe for Ilunga, that’s okay. Maybe catchy is enough.

The King of Anxiety is out digitally right now via Domino Records, and will be released in a physical sense in February.