Album Review: Dead Air Disco- Then By The Quiet 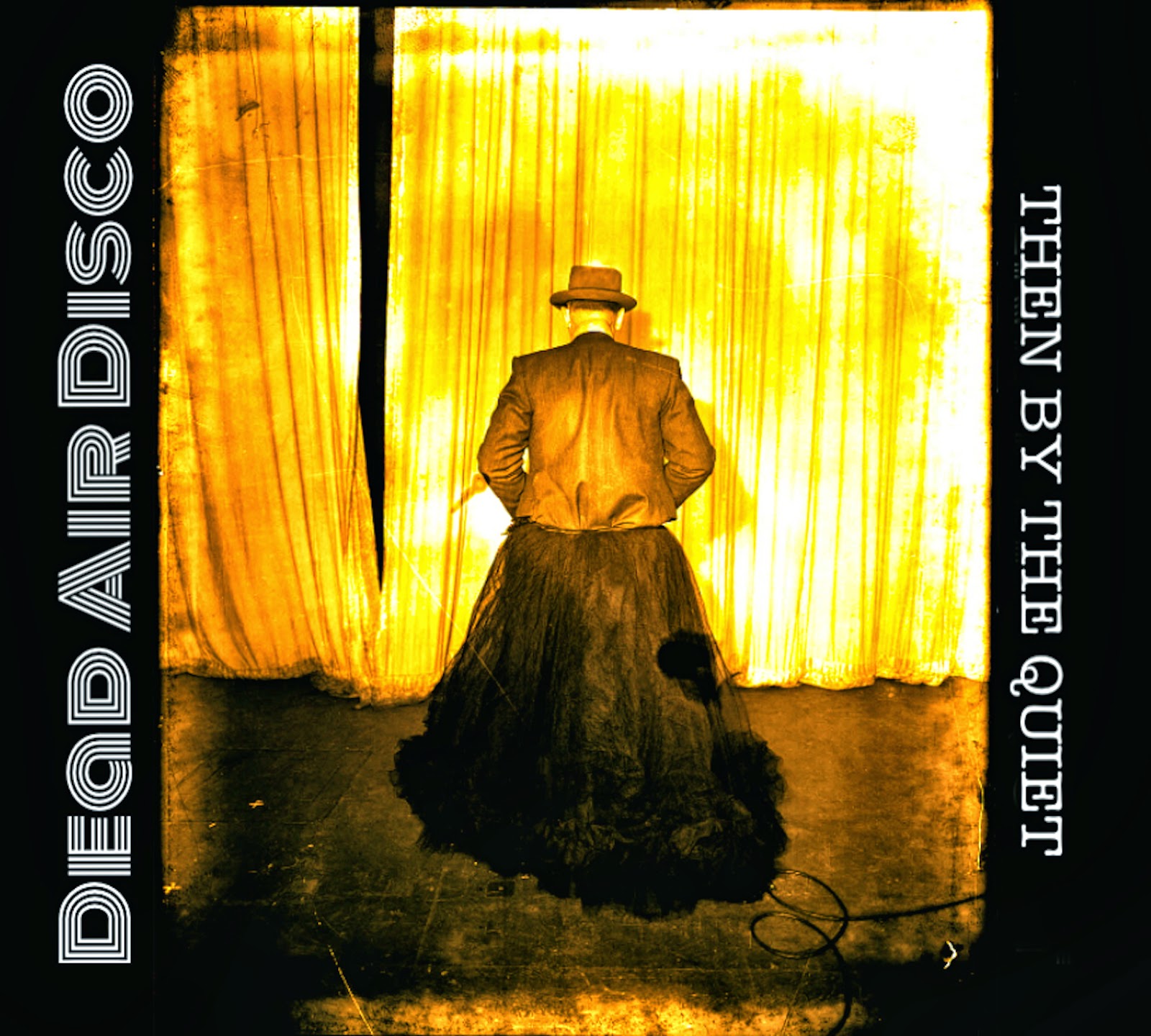 Alright so here’s the deal—in an effort of full disclosure, I should mention that the creative force behind Dead Air Disco, Mr. Jason Lajter, has been following the blog and has “liked” the Anhedonic Headphones Facebook presence. Recently, he contacted me to mention he had release an album over the summer under the moniker Dead Air Disco.

As I’ve mentioned in the past, I’m always a little hesitate when folks hit me up and mention that they want me to review their record. I’m not a tastemaker, and now with how little time I have to dedicate to this blog right now, I don’t want to get in over my head with promised reviews of things I have no time to listen to or even write about.

I also try to keep this place current, so something released in the summer—well, talking about it in January 2015 is kind of like breaking one of the rules I have for the content I generate.

Anyway, since Bandcamp doesn’t work on my computer in the newsroom for some reason, I was finally able to dedicate a little time to Dead Air Disco’s debut album, Then By The Quiet, over the weekend as I was shoveling my driveway. Yes, streaming from the mobile version of Bandcamp on my phone is a horrible way to listen to music, but honestly, shoveling the stupid snow has never been more fun.

An incredibly raw and visceral album, Then By The Quiet is, in a sense, your hard rock past tumbling out of the closet. It’s very easy to hear the influences of space-rock/alternative rock outfits like Hum, Black Lab, and to some extent, Girls VS Boys; the industrial sneer of Downward Sprial­-era Nine Inch Nails; and even some of the heavy riffage of “art metal” purveyors the Deftones. Yes, somehow Lajter manages to cram all that, and more, into over an hour of music that is never derivative, yet seems incredibly familiar to your ears.

Dead Air Disco, however, doesn’t set out to make “fun” music—Then By The Quiet is a dark, aggressive, moody, and despondent listen. Production-wise, it’s unpolished and unhinged, but that’s what makes it so charming and endearing; the guitar riffs are heavy as hell and the drums pound hard. It’s a refreshing and honest album.

But don’t let all these descriptors scare you off—Lajter doesn’t allow a knack for hooks and pop sensibilities to get lost in the noise. That fact is very apparent in tracks like “Rattle Your Bones” and “Vertigo-Go,” and even in some of the heavier moments like “Return to Zero.”

Then By The Quiet is the kind of record for anyone that grew up on “alterative” rock in the mid-1990s. If you ever headbanged, if you ever listened to The Downward Spiral with headphones on so your mom wouldn’t hear the swearing, if you ever wore an oversized White Pony Deftones hooded sweatshirt—you’ll catch a glimmer of your past in this collection of songs. No matter how far removed you think you may be from “rock” music—the instant you hear one of those metal riffs rattle through you, you can’t help but smile.

Then By The Quiet is available now on CD via the man himself.