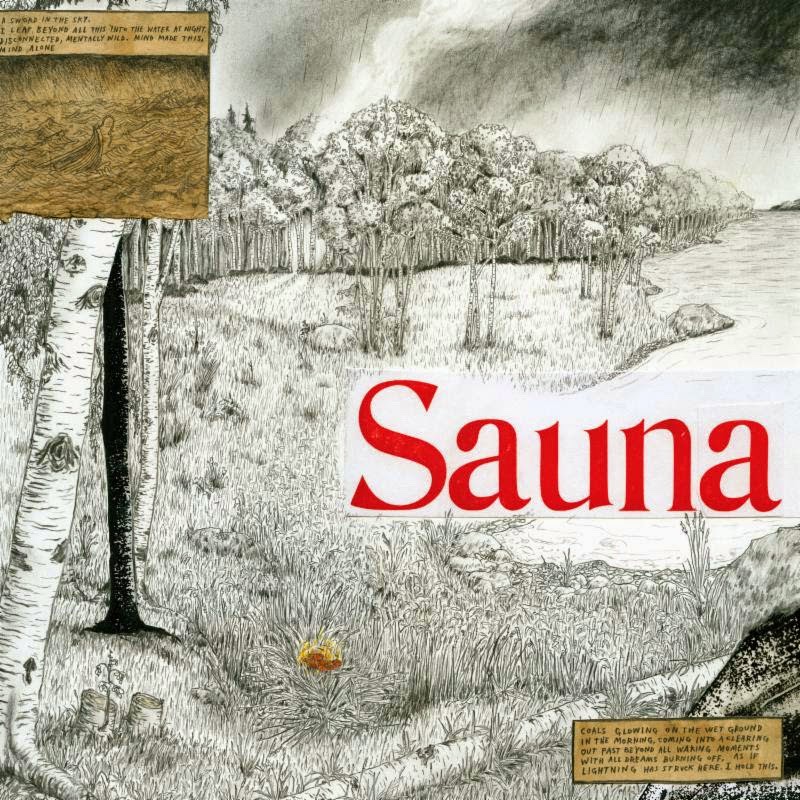 In 2012, Mount Eerie was a band I convinced myself I needed to like. I think it may have been based on a co-sign tweet from How to Dress Well, and some very positive reviews of the double album Clear Moon/Ocean Roar, I was like, “THIS IS A BAND I NEED TO INVEST A LOT OF TIME IN.”

So I bought the Japanese import CD of Clear Moon/Ocean Roar—the one that collects them into one package, rather than the two they were released as; I bought a t-shirt, because why not?; and I bought Wind’s Poem, an album that was pretty heavily influenced by Phil Elverum’s interest in black metal.

I think I even named Clear Moon/Ocean Roar as one of my favorite albums of 2012. Which was dumb in retrospect. Because I don’t even remember the last time I had the urge to listen to either of them. No one should have listened to anything I said in 2012, because it was the worst year of my life, and a bulk of the time, I probably didn’t know what I saw saying.

Anyway, So Mount Eerie is a band that’s on my radar, and last summer, Elverum announced he had a new album coming out in 2015—and that album is Sauna.

Three songs into Sauna, and I’m still not exactly sure what the fuck I am listening to. I mean it’s not unlistenable—believe me, I’ve listened to worse for the sake of writing a review that 35 people are going to read.  But at the same time, it’s kind of like, what’s the point? You know. What’s the point in anything, really, though.

Opening with a self-indulgent, near masturbatory in length title track, nothing actually happens until, like, four minutes in. The whole thing just opens with the sound of fire crackling, and a long organ drone. Eventually, Elverum shows up, and slowly, things begin to happen.

“Things begin to happen” is kind of the general tone that I was getting from Sauna. Released as a double LP (no CD this time around), it comes off as a bit of an exercise in patience. Elverum weaves back and forth between restrained, introspective tracks, and loose, lo-fi “indie rock” akin to his pre-Mount Eerie band, the much beloved The Microphones.

And it’s funny that it comes off as an exercise in patience, mostly because some of these songs are so short—only the opening track, and the late in the game “Spring” hit double-digit running times. Everything else seems, at first glance, like it would be tolerable, but because of Elverum’s aesthetic hopping throughout, Sauna’s seeming lack of focus makes it hard to really settle into the feeling of the album—mostly, because, there are just too many different feelings.

If the back and forth of loose indie rock and sensitive acoustic songwriting isn’t exactly your thing, Elverum does take a trip into his black metal past—though not as aggressive or heavy as he had done on Wind’s Poem. Both “Boat” and “Planets” feature a brash, punk sneer—but it almost arrives a little too late in the game, and it comes off as, “oh hey, here’s one more style for you to enjoy.”

Then there is the snarl of the aforementioned “Spring,” juxtaposing odd tone bending with buzz saw sharp feedback and guitar noise—which make way some more things to happen, as things tend to keep happening on Sauna.

The real issue, I guess, with Sauna is that it’s too precious for its own good. Between the post-Sufjan arrangements, the introspective moodiness, and the low rumble that it tries to cram into an hour of music, any real message or intent behind the album is lost—lost on me, I should clarify. I’m sure a lot of indie kids, Elverum fanboys, et. al will love the dynamic choices, and commend the high production values (for an analog, “lo fi” artist—this sounds pretty slick at times.)

For an album that is supposed to be “interesting,” I found that this time around, Mount Eerie was not able to hold my interest. Again, it’s not unlistenable, but there is a general malaise that surrounds it—making it the first (in a string of many, I’m sure) boring albums that I’ve listened to in 2015. Maybe I’ll try again with this one later. Maybe I’m just doing it wrong right now, and for the sake of getting this review up and online prior to the release date, maybe I’m not in a “Mount Eerie” state of mind right now with what I want to listen to and enjoy.

Or maybe it just wasn’t meant to be, and I’m not off base, and that this is just kind of a blasé listen.

Sauna is out on Tuesday, February 3rd, via Elverum's own label.