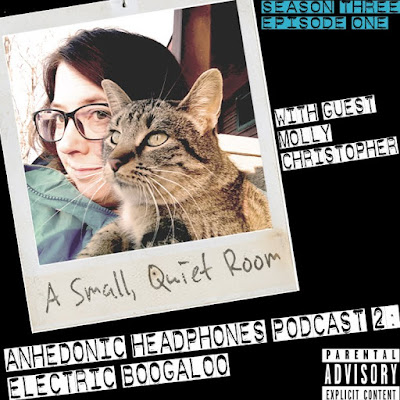 I started putting in serious work on the third season of the podcast in January and February. But I also became, like, too depressed to schedule recording sessions, and kind of slept on an opportunity to record the sixth and final episode for the season. Now, thanks to social distancing and 'dat rona,' it's probably not going to happen, and I'll just be releasing five new episodes as I am able to edit the raw audio together.

My first guest is my co-worker Molly, who I have not known that long but is incredibly endearing and one of the most genuine people I have ever met. She picked an eclectic, time-hopping mix of tunes, and we had a nice conversation that went from being funny to being real.

As always, you are encouraged to 'subscribe' to the podcast if you don't already do so. It's available in places like Apple Podcasts, Google Play, or Spotify; or you may listen and subscribe via Podbean.

You may also stream it below via this little doodab.