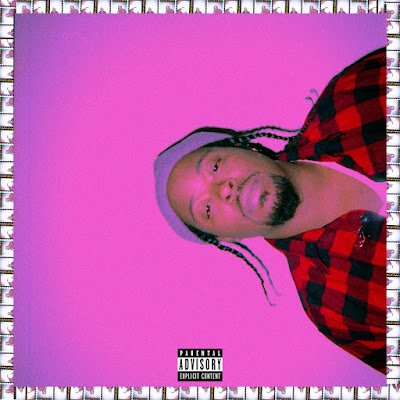 The beginning of a new year is a difficult time to find new releases—and that makes the job of being an ‘internet music writer’ a bit of a tough one. I don’t want to, like, not generate content regularly, but new albums I am legitimately interested in are few and far between for, at the very least, the first three months of the year.

I used to have a desk job where it became very easy to fall into the endless hole that is a site like Bandcamp. I don’t really have the kind of time to explore the site the way I used to, and truthfully, a lot of what is on it is absolute shit; however, every once in a while, if you use your most discerning of palates, you can discover something interesting, and worth listening to.

The other day, after I realized what a struggle generating music writing for the month of January was going to be, I started browsing the newest hip-hop releases on Bandcamp, and I came across one that, by the cover art alone, caught my attention immediately.

Michael Millions has been at it, professionally speaking, for nearly a decade. Born Michael Bass—he’s from Richmond, Virginia. “You’ve probably never heard of me,” he deadpans with his raspy, confident, and slow moving voice on “Sirens,” the first proper track from Hard to Be King, his fifth full-length effort.

A sprawling 19 tracks, Bass takes his time throughout the course of the album painting evocative pictures of his native Richmond—but more importantly, Hard to Be King winds up, whether it was intentional or not, being a stark meditation on struggle—the struggle of poverty, the struggle of wanting more, and the struggle of making art on your own terms.

Working with a handful of producers—Namebrand is behind the boards on around seven tracks—another impressive element of Hard to Be King is just how cohesive of a sound Bass is able to achieve, even with more than eight names associated with various tracks. Owing a lot to jazz instrumentation, melodious and soulful R&B, and an atmosphere akin to aesthetic of hip-hop from the early 1990s, Hard to Be King, musically speaking, juxtaposes the space between being laid back and introspective with a true urgency.

Among the 19 tracks, “Sirens” is an early standout, creating a dreamy and hypnotic world that’s just entirely too short, while the titular track revolves around slow motion and mournful horns; later, songs like “Happy” and “All Love” boast warm sounding, groove focused keyboards.

As a performer, Bass takes his time. He’s not in any hurry with his delivery, and since that’s the case, he eases you through each song. He’s careful as he describes his beloved Richmond—“100 barbershops and everybody’s nice,” he explains, before shouting out his own barbers and his favorite restaurant. “I’m from where the gas station is ‘the stores,’” he says later on, painting a very tangible image of a community struggling in spaces between simplicity, contentment, and poverty.

On his Bandcamp page, the banner across the top is a photo of bass with the words “I will not make any boring art,” scrawled across it over and over again, like a young child sent to the blackboard as punishment in school. At the halfway mark on Hard to Be King, on the aforementioned “Happy,” Bass recounts the of someone with a comfortable (yet possibly soul crushing) job, not prepared for a life without it, who is suddenly laid off—“If it don’t make you happy, if don’t make you smile, if it don’t make you proud—then leave that shit behind…stay up on your grind,” he professes in the song’s refrain, in a surprisingly optimistic and thoughtful moment that shows how deeply Bass believes himself and his abilities.

Hard to Be King sidesteps the grim and gritty elements that can weigh down some rap albums, though it is a very reflective and pensive listen. Bass has created a very real environment that is comprised of moments of hardship or disappointment, yes, but there is an impressive sense of hope that runs throughout. Internet rap and mixtape rap can be an overcrowded market to say least, and it’s tough to find someone who is really saying something—actually bringing something of interest to the table. Bass has kept up his end—Hard to Be King is far from boring art. It’s a headphone record, the kind of effort you can wind up getting lost in, seeking solace during these unfathomably cold winter months.