Hot New Joint: "Carin At The Liquor Store" by The National 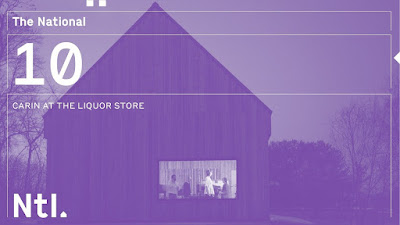 It’s been a long, almost painfully slow roll out for The National’s highly anticipated seventh album, Sleep Well Beast. Originally announced in May, the group has already released two singles in advance as a preview of what listeners can expect. Now, with roughly a month away from Sleep Well’s street date, we’ve been given what is more than likely the final advance single—the devastating and unflinchingly honest “Carin at The Liquor Store.”

Lyrically, it finds National frontman and lyricist Matt Berninger at his most personal, while still managing to juxtapose those confessionals with his trademark usage evocative, fragmented imagery. It’s a song about his wife, obvious from the title, and in a way, it is like a continuation of, or at least a resolution-less follow up to 2010’s “Conversation 16,” as well as the inverse to “Guilty Party,” the slow burning single the group released prior to this one, as well as the song that immediately precedes it on the record.

Musically, the big open piano chords are very similar to that of “Pink Rabbits,” the late arriving standout from the band’s last effort, Trouble Will Find Me, however, they are slightly less downcast and melancholic. Here, however, it is slightly more hopeful sounding, though still leans into an emotional, somber sound. And like “Pink Rabbits,” “Carin” is a slow, woozy, despondent waltz that sullenly swirls and sways around Berninger’s emotional and fragile delivery.

“I wasn’t a catch. I wasn’t a keeper,” he mumbles in the song’s first verse before the bass begins to rumble and steady percussion file in behind the mournful, distant guitar and that unrelenting and powerful piano.

The song itself is almost too short—a sparse three and a half minutes, and truthfully, this thing could go on for probably double the length. It moves very quickly through its verses and into a short solo before arriving at its ending—though, due to the sudden nature of its conclusion, is there any kind of resolution here?

“Blame it on me, I really don’t care,” Berninger sings dejectedly as the song’s refrain. “It’s a foregone conclusion.” Then, near the song’s end, he adds, “It’s gonna be different, after tonight. You’re going to see me in a different light,” as if he’s continuing the apology (“I say your name. I say I’m sorry.”) from “Guilty Party.”

Berninger’s wife, the titular Carin (Besser), co-wrote a number of the lyrics on Sleep Well Beast. It’s not a “marriage is hard” record, but in an interview last year, Berninger alluded to the fact that marriage is, in fact, not easy, and that writing these songs was a way for them to work through that.

He’s right. Marriage isn’t always easy. Life is hard. And sometimes everything seems terrible (sometimes it actually is.) But what The National has excelled at over the course of the last 13+ years is giving a voice to those kinds of adulthood angst and anxieties. It’s why a number of their songs still resonate with me, and why based on the these advance singles, Sleep Well Beast seems like another record that will find its way to hit way too close to home.