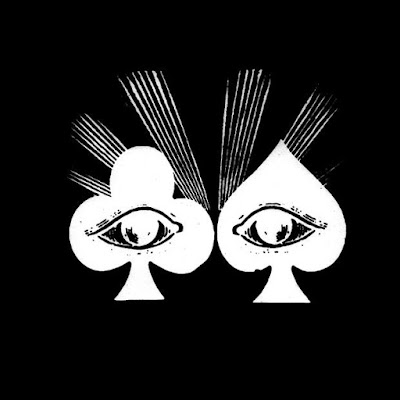 In the fall of 2009, I saw the band Broadcast perform in a tiny basement venue at Carleton College. They were touring with Bradford Cox's solo project, Atlas Sound. The tour was making a stop in the Twin Cities the next day, but they had somehow been booked to perform at "The Cave," a shit hole, student run club that occasionally got interesting "it" indie outfits to play there.

Shows at The Cave, at the time, were free and open to the public. I doubt they got very many "townies" stopping by for an average show, but Atlas Sound was a marquee name, and the line to get in stretched down the winding hill away from the venue's front door, mostly made up of people from the Twin Cities who had driven down to see a free concert. Some were drinking outside. Some, who had been drinking outside, were pissed they hadn't been let in yet.

I never really figured out why the doors weren't open on time. I presumed that it was because of technical difficulties with Broadcast's multimedia set up. Once the doors were flung open, people flooded in. I was crammed in the back, trying to watch Broadcast's set. It was loud, and bass heavy; singer Trish Keenan's vocals were just buried in the live mix. It was dark, and the group was huddled in front of a very large screen that projected all kinds of weird video clips and colors as they performed.

I remember Keenan possibly wearing a cape, or a cloak of some kind, looking very spooky, bouncing in time with the throbbing of the music.

Their set was short, and in between Broadcast and Atlas Sound was a band of students from the college. I thought that was sad for some reason, and my concert anxiety was already taking a hold of me after a short opening set, so I left and walked home.

Prior to the show, I had tried pretty hard to get into Broadcast's music, but it's so idiosyncratic; it doesn't lend itself well to a casual listen. And neither does Broadcast's James Cargill's new outfit, Children of Alice.