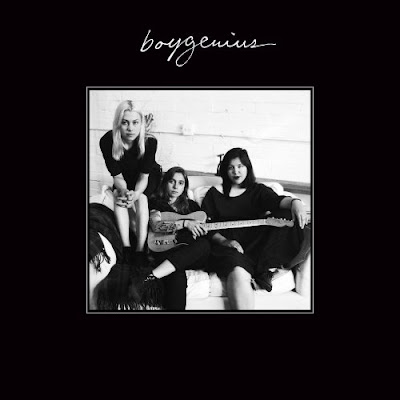 The idea of the ‘super group’ can be one of either an unexpected yet compelling collaboration, or one of diminishing returns; some pairings, over the course of recent popular music, have even walked the fine line between both.

Take the ‘don’t call us a super group’ outfit formed by Thom Yorke, Nigel Godrich, and Flea—jamming on a bender-fueled weekend, then later edited and manipulated via computers, Amok from Atoms For Peace proved to be a very rhythmic, groove-oriented collection—maybe more so than people familiar with Yorke’s day job in Radiohead were expecting.

Or take the recent, and surprising pairing of Neko Case, k.d. lang, and Laura Veirs—it’s not the unlikeliest of collaborators, with alternative country and folk sound being found in each of their respective backgrounds. With the aptly titled case/lang/veirs, it didn’t so much work to give each performer a chance to shine in their own, but it was built to find the spaces where they all worked together for the best results.

Not everything is a good idea—or at least, it may be a good idea on paper, but by the time it is executed, it’s a fucking mess, like the Rage Against The Machine/Cypress Hill/Public Enemy super group, Prophets of Rage. Taking its name from a Public Enemy song of the same name, and arriving at a time (2016) when we needed angry, politically driven music the most, it wound up falling flat and sounding lifeless and awkward.

A few weeks ago, a mysterious photo of Julien Baker, Phoebe Bridgers, and Lucy Dacus was published on the music news website Stereogum; the photo itself was sent directly to Stereogum, and it was laid out in the style of a band’s promotional 8” x 10”—in the white border around the black and white image was the Matador Records logo, and the name ‘boygenius.’

Now, this is a super group I can get behind.

So much of the pairing of Baker, Bridgers, and Dacus makes sense—to begin with, they have all toured together, or sung together in various combinations; since Baker’s and Bridgers’ rise to prominence last year, as well as Dacus’ ascent this year thanks to her outstanding sophomore album Historian, all three women can count themselves on the list of ‘girls with guitars saving indie rock’; they are all roughly the same age, and it also doesn’t hurt that both Baker and Dacus are currently signed to Matador already, with Bridgers being on Secretly Canadian’s imprint Dead Oceans.

Since that initial promotional photo of the three made its rounds, more information about boygenius has been revealed: the trio are going on tour together—though it is billed as Phoebe Bridgers and Julien Baker, with Lucy Dacus, so the logistics of this triple bill, to me, are still unknown at this time—how much of their own material are they playing, and when, if at all, are these boygenius songs getting worked in?

Along with the announcement of this extensive tour together, Bridgers, Dacus, and Baker announced the release of a boygenius EP—arriving November 9th, the six-song effort was conceived out of a short summer rehearsal and recording session in Los Angeles, with each artist bringing in one completed song, as well as one idea for the group.

In advance of the EP’s release, and to coincide with the tour announcement, boygenius shared three of the six songs—each of the tracks finds one of the artists taking the ‘lead’ as it were, allowing the song in question to play to that specific artist’s strengths as a songwriter, but these three singles also show how Baker, Bridgers, and Dacus work together as an impressive, practically unstoppable collective.

The first voice you hear on “Bite The Hand” is that of Lucy Dacus, who is riding on the victory lap of her ferocious, dense, and thoughtful LP Historian; structurally, you can hear similar elements in it that you’d find in moments on Historian, specifically the balance of tension and release between quiet and pensive, and energized and explosive. “I can’t love you like you want me to,” Dacus sings in the song’s refrain—her voice, probably the most soulful of the three—first, over clean sounding guitar strums, then, later, behind distortion, a moderately ethereal lead guitar riff, and thunderous percussion.

Even before you hear Bridgers’ voice on “Me and My Dog,” I knew that this was ‘her’ song—simply based on how, in the moments leading up to her first line, dreamy and swooning the tone of the song was—akin to some of the more atmospheric moments from her arresting debut, Stranger in The Alp. There’s no real ‘refrain’ or even really discernable verses to speak of on “Me and My Dog”—just Bridgers’ use of evocative language and penchant for fascinating imagery: “We had a great day, though we forgot to eat,” she begins in a tender voice. “And you had a bad dream, and we got no sleep ‘cause we were kissing.” The song itself ascends into ASMR territory when Dacus and Baker arrive before a cacophonic peak—the three do not harmonize, though they each know where their voices should fall in the stack as they belt out the rather surprising lyrics—“I didn’t wanna be this guy—I cried at your show with the teenagers….I want to be emaciated. I want to hear one song without thinking of you. I wish I was on a spaceship; just me and my dog and an impossible view.”

After releasing two solo albums of visceral, cathartic material with minimal instrumentation (usually just guitar, piano, and the occasional string accompaniment), Baker still has a flair for the dramatic in her songwriting—both as a lyricist, as well as a singer. On “Stay Down,” she sings from a place of an unhinged other worldliness—packing as much ‘heart on sleeve’ emotion as she can into lyrics that take her to familiar territory: “I’m in the backseat of my body,” she sings near the beginning of the song. “I’m steering my life in the video game.” Then, later, she returns to the religious imagery that punctuates a number of her songs—“Constantly repenting for a difficult mind—push me down into the water like a sinner; hold me under, and I’ll never come up again. I’ll just stay down.” And while both Dacus and Bridgers have worked within a ‘band’ on their previous releases, this may be the first time many people have heard Baker backed by so much additional instrumentation—the pummeling rhythm section that helps her build up the torrent of emotion that explodes within the last minute is something to behold.

There are little, if any, problems with these three tracks from boygenius—both “Me and My Dog” and “Stay Down” suffer from some cluttered mixing at times, which I hope would get sorted out when the physical edition of the EP is issued in November. I hesitate to say that Bridgers, Baker, and Dacus can ‘do no wrong’ as artists because that seems like we’re getting ahead of ourselves—but, Baker and Bridgers were responsible for two of my favorite albums from 2017, and I find something new to appreciate about Dacus’ Historian each time I listen to it. Working independently, these three young artists have given women a strong voice in an otherwise male dominated genre; working together as boygenius, Baker, Bridgers, and Dacus have figured out a formula for songwriting that both plays to each other’s individual strengths, as well as find room for them collaboratively explore.