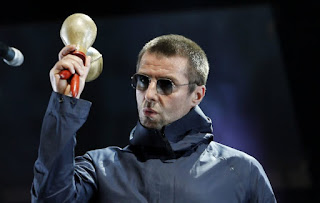 At first, Liam Gallagher and Marilyn Manson may seem like unlikely individuals to group together for a review—but bear with me for a moment here.

Both come from another time—the glory days of the early-to-mid 1990s; halcyon days of ‘real’ rock stars. Both were known for grabbing headlines during their prime—Gallagher for his confrontational attitude with his brother, Oasis bandmates, critics, and audiences; Manson (born Brian Warner) for his controversial theatrics on stage and shocking lyrics.

Both liked to do a lot of cocaine—at this point, Gallagher is probably clean; Manson, not so much. I mean, it’s a minor miracle this dude is still alive.

Both are past their prime—like, well past their prime. Oasis imploded nearly a decade ago, and ceased to matter after the dead on arrival Be Here Now. For a short time, Gallagher tried his hand at fronting a Beady Eye, a band comprised of former Oasis members; it lasted five years before Gallagher said the project was finished.  Manson’s career barely made it out of the 90s—since his heyday, he’s released five additional LPs, but none of them have had resonated with the same shocking appeal or commercial success as Antichrist Superstar or Mechanical Animals. 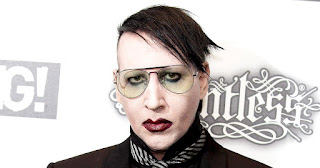 And, believe it or not, both of these performers are back—Manson, returning with his tenth studio full length entitled Heaven Upside Down, and Gallagher, with his first ever solo album, As You Were.

AND—believe it or not, both albums are bad. Like, laughably bad. Bad enough that it becomes an absolute chore to sit, listen to them, and try to organize my thoughts.

Originally titled Say10—get it? It’s a hilarious pun, because, wait for it—it is Manson’s tenth record, and it is ALSO a white-contact lensed wink at his alleged connections with the dark lord. A forgiving and slim 10 songs (the number 10, again!) Heaven Upside Down sounds like music that is not made by real people, as well as the kind of music nobody actually listens to.

Both of those statements are just my opinions—they aren’t actually true. From what I can tell, Brian Warner and his gaggle of collaborators are all real people, and while this may sound like a record full of music that nobody actually sits down to listen to, people have still purchased it. Heaven Upside Down was released at the start of October and it found its way the top ten on the Billboard charts. 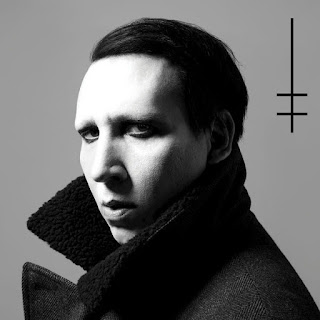 For as aggressive as it wants to be, the industrial caterwauling of Heaven Upside Down falls incredibly flat, and feels sadly forced. Marilyn Manson, of 2017, is a sad Marilyn Manson. He’s no longer shocking, and his music is no longer dangerous. He’s been plagued for most of his career by substance abuse issues, and a stage prop recently crushed him during a live show, which is on some straight up Spinal Tap level shit.

Manson has never been, like, a gifted singer by any means—his persona of a tormented, tortured, dangerous rock musician is what got him through the 90s and into the early 2000s. Pushing 50, Manson shouts and croaks and postures his way through this set of songs, swearing for no reason other than feeling this song should have a few more ‘fucks’ in it, and delivering boring and cringe inducing lyrics like, “I write songs to fight and to fuck to. If you wanna fight, then I’ll fight you. If you wanna fuck, I will fuck you,” on the awful (and stylized) “JE$U$ CRI$I$.” Then, later, “We’re sucking up Snow White’s powder. White powder. Snow White powder.”

How much more uninspired can you get?

Earlier on the album, on the equally as awful (and equally as stylized “KILL4ME”) he, presumably with a straight face, utters, “I take death threats with the best of them,” as if Manson himself is the last one to realize just how irrelevant his is in 2017.

Musically, Manson seemed to work best during his scuzzy, industrial, thrashing days with the Smells Like Children EP and Antichrist Superstar. Here, as expected, there’s nothing as unhinged or visceral sounding. That may be because over the last 20+ years, everyone responsible for the music in the band “Marilyn Manson” has departed—leaving Manson, the man, to find new collaborators and players.

Heaven Upside Down marks his second time out with wingman Tyler Bates—a film composer (action and horror movies, big surprise)—who serves as Manson’s producer, as well as writing the music for each song and playing damn near every instrument you hear. But the music, much like Manson’s lyrics and death rattle croaking, fail to resonate or create anything worth remembering or getting worked up about. It’s a turgid affair from someone who could have hung it up in 2000 or 2001 and faded into obscurity, but has since tried to limp along. Someone is listening though, I’m just not sure why.

There are times when I wonder if I like the idea of Oasis and the Gallagher brothers instead of actually liking them and their musical output. I say this because yes, sure, the first two Oasis albums are stone cold classics, and yes I did write some verbose thinkpiece last year when the Be Here Now reissue was released, but none of these are ever things that I, like, want to sit down and put on while at home.

The same goes for Liam Gallagher’s solo debut, As You Were. It’s the kind of record that makes me wonder who its intended listening audience is because it is so boring, I have to wonder who would really go to the store and willingly plunk down money for this thing. 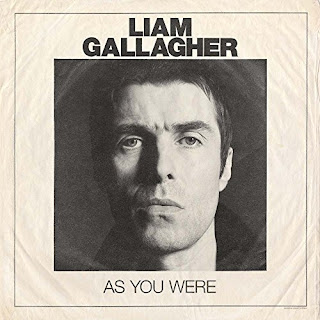 Much like Manson’s album, scattered among the dozen songs on the standard edition of As You Were, there is really nothing memorable or interesting happening as every songs begins to sound exactly the same as the one before it, with little, if anything, done to differentiate from one to the other—I mean, try being able to tell the difference between the bombastic opening track “Wall of Glass,” and its equally as bombastic follow up, “Bold.”

It’s the kind of album that is so bad, and so uninteresting, that you can physically feel time begin to slow down to a glacially paced crawl as you suffer through it.

Fun fact about Oasis is that while Liam was the band’s obnoxious, headline grabbing singer and frontman, it was his brother Noel who did all the heavy lifting, writing nearly every song. So it’s clear from listening to As You Were that Liam’s songwriting and skills as a lyricist were never really developed, and at this point, probably never will. That is clear from some of the insipid lyrics he manages to belt out in earnest on this thing, like “Tomorrow never knows, the winds of change must blow,” from the album’s closing track, “I’ve All I Need,” or the refrain to “Universal Gleam”—“But I’m older now, gonna show you how for real. Gonna spit you out of my motor mouth.”

There are plenty more clichés and cloying, trite garbage where that came from too, if you’re interested.

Strangely, rather than try to recapture the Britpop sound of his Oasis days, Gallagher has favored incredibly slick (though vapid) sounding arrangements and production. They’re bombastic and overdriven at times, sure, but there’s little, if any, heart, weight, or at times, thought behind any of these songs. Only one song, “Chinatown,” even with its eye rolling lyrics, stood out among the pack because it provides a brief reprieve from rest of the album by being structured around a slightly hypnotic, reserved, and slinking rhythm.

If this didn’t sound insufferable enough, As You Were comes in the obligatory ‘bonus track’ edition as well, boasting an additional three songs—all of which are pretty on par with the how forgettable the rest of the album is.

I feel like that, before I conclude, I should mention that I did not go into either of these records with this kind of attitude. Save for special artists like Mark Kozelek, I really don’t have the kind of time anymore to listen to something I know I’m not going to like, doing so in order to write a premeditatedly mean spirited review. I went into these open minded, wondering what a Liam Gallagher solo album would sound like; wondering if Marilyn Manson was making interesting music in 2017.

Perhaps, somewhere in the world, there are hard core Oasis and Marilyn Manson fans and I am just not aware that these individuals exist. These albums—they are for those people. For everybody else, try to forget these records exist. Go put on your copy of What’s The Story or Definitely Maybe or try to remember how weirded out and unsettled you were in 1996 while watching the video for “The Beautiful People,” but how, 20 years later, it’s really not all that shocking or scary at all.