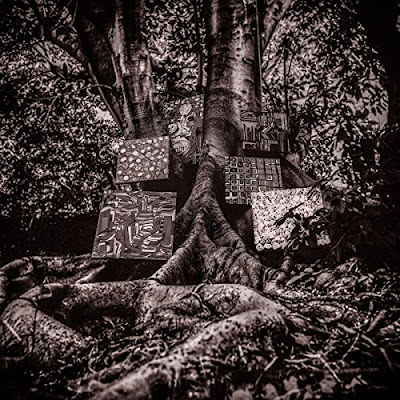 Following up your first LP is probably never an easy task; following up your first LP when it was a triple album seems insurmountable. Saxophonist, composer, band leader, and all around modern jazz auteur Kamasi Washington is probably going to need some time to properly follow up his auspicious 2015 debut, The Epic, with another long playing album.

When he hasn’t been collaborating with other, like-minded artists, or playing with his side unit, Throttle Elevator Music, Washington has reassembled his team for a new EP, Harmony of Difference—a six track effort that finds Washington treading similar ground with his compositions, though this time, he has focused his efforts on working within more manageable (e.g. smaller) settings.

The entire EP works as a suite, and is built to culminate with “Truth,” the sprawling 13-minute masterpiece that Washington released earlier this year as a stand alone single. By far, it’s the best among the six included on Harmony, and it is among one of his finest original works, as well as one of the most impressive pieces of music in 2017. But to fully appreciate “Truth,” you do really need that build up of the other five moments that occur before it.

Harmony opens up with a slow burning shuffle, “Desire,” that gradually works its way into a sweeping and gorgeous grandeur—it’s the only song included in the first five tracks that runs longer than four minutes, allowing time for Washington to perform a powerful solo as the band works into a cacophonic frenzy behind him. Both the electric piano (also given a solo) and a funk-oriented organ groove play major roles in shaping the very deliberate, restrained feeling Washington and his players work to create in the suite’s first piece.

Thing shift gears rather quickly, however, as the EP literally blasts off with the short, frenetic, and energized “Humility” (truthfully one of the effort’s least successful pieces) before it slides back into a more reserved place with the somber, lushly orchestrated “Knowledge”—a song that showcases not only Washington’s ability to arrange something beautiful, but also write a hook too—the main musical idea is one that will stick with you long after you have stopped listening.

“Perspective” kicks things back into a more funk and groove oriented place—if there’s a song on here that you could describe as ‘fun,’ it would be this one, structured around a slink and slither, finding the band working tightly together to pack a punch. Prior to the effort’s final piece, Washington and his players dip into a nearly Latin infused rhythm, juxtaposing it with a bittersweet melody on “Integrity.”

Four months after first hearing “Truth,” it is still just as transcendent and jaw dropping now as it was then. Yes, releasing a triple LP as your debut is impressive, but being able to compose something this emotional, and pack just so much into 13 minutes, I think is arguably more impressive of an accomplishment for Washington as a performer and composer.

You can hear elements of “Truth” sprinkled throughout Harmony of Difference—but this piece is a true culmination of all the ideas and themes from the EP’s first five tracks. Washington himself is only in his mid-30s, so he is nowhere near done with his already storied career, but “Truth” will stand as a statement of artistic beauty. Every god damn element tumbling together, on the verge of buckling under its own ambition, but held together by the capable playing of Washington’s band.

It’s difficult to estimate when Kamasi Washington may release another full-length effort—or just how many LPs it would wind up being. Harmony of Difference succeeds because it doesn’t overstay its welcome and trims the fat that tended to weigh The Epic down on occasion—it is an almost flawlessly executed release simply because it leaves the listener wanting so much more after it has concluded.

Availability of Harmony of Difference appears to be limited, but is is out now via Young Turks.
Labels: album review harmony of difference jazz kamasi washington new album. new music new review