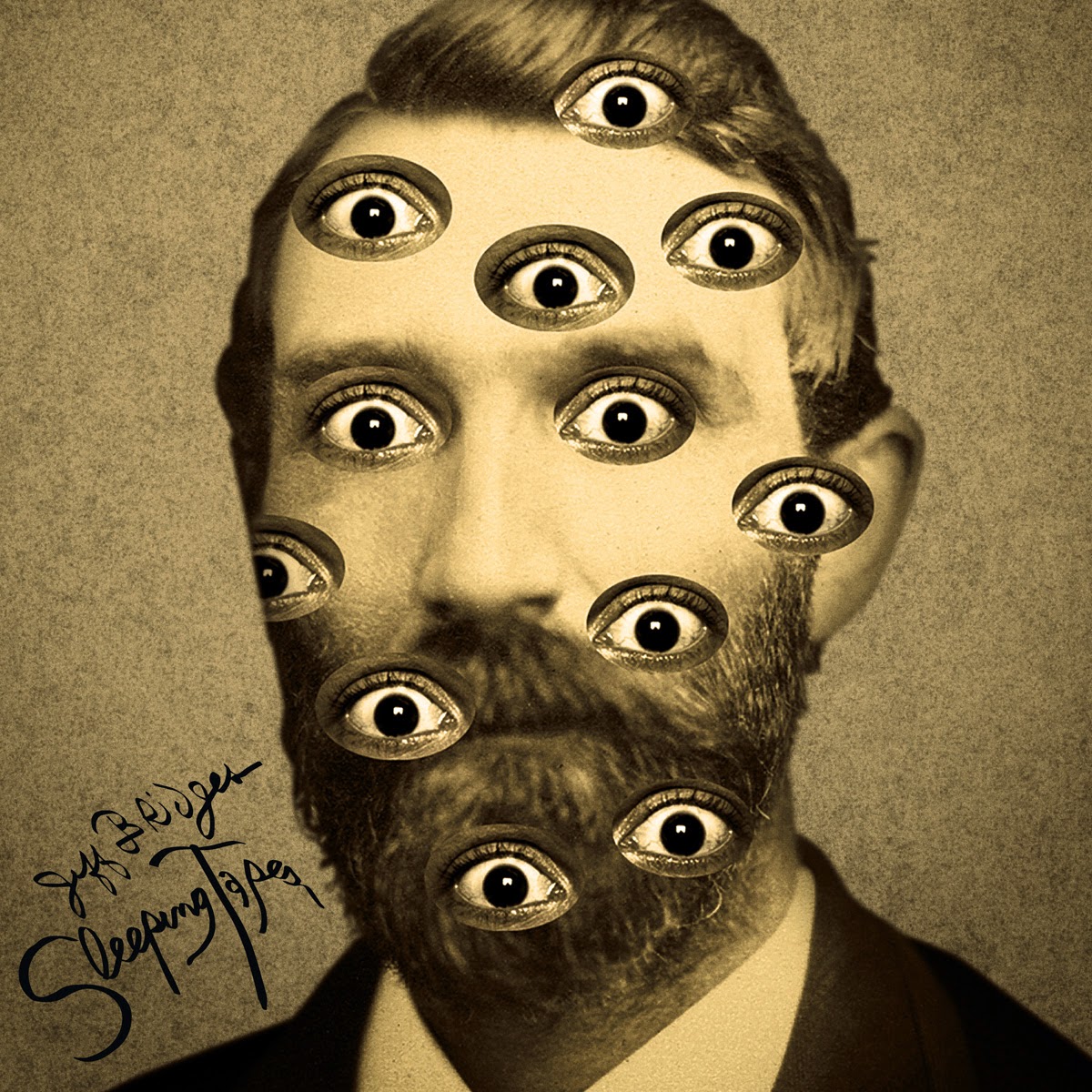 WHAT IN THE ACTUAL FUCK JEFF BRIDGES?

A few days ago, I saw that Jeff Bridges, the actor, was “trending” on Facebook. You know, he was in some movies you may have seen—like the cult favorite The Big Lebowski, or the late term abortion R.I.P.D. where he was some kind of crazy, inaudible, dead, ghost hunting sheriff.

And like many actors, he fancies himself to be some kind of musician.

Anyway, Jeff Bridges was trending, you see, for something called “Sleeping Tapes.” And here’s the deal with Bridges’ “Sleeping Tapes.” The dude (pun intended) booked some studio time to record himself talking about sleeping and dreaming (sample: “I hope you do some cool dreaming”) and then had composer Keefus Ciancia (known for his work scoring shows like “True Detective” and “The Fall”) make a bunch of dope as hell ambient/experimental/drone music to accompany said ramblings about sleeping and dreaming.

So here’s the deal—if this were available minus Jeff Bridges, I would have plunked down the insane amounts of money for physical copies of this shit. But motherfucking Jeff Bridges mumbling a bunch of dumb shit over the top of ominous noises and drones pretty much ruins everything.

When the news broke originally, I read online somewhere that this was (erroneously) described as Jeff Bridges talking over Music For Airports. Whoever said that obviously knows shit about fuck when it comes to ambient and experimental music. Brian Eno’s Music For Airports is just one side of the ambient coin—it’s incredibly reassuring and comforting; bordering on being somber and rather emotionally evocative in how simple it all is. It’s quiet and restrained, barely rising above a whisper.

What Ciancia does with the music he contributed Sleeping Tapes is the OTHER side of the ambient coin—dark, claustrophobic, dread inducing terror. Anyone with basic knowledge of tape labels, or the growing underground scene of noise artists understands that instrumental music doesn’t have to be comforting at all; it can be like a soundtrack to a nightmare.

That’s why Ciancia is so good at setting the tone with his compositions for shows like “The Fall.” The horrible sense of doom that he creates with just low pulsing drones is perfect for what’s happening on the show.

Meanwhile, here, on Sleeping Tapes, Jeff Bridges, filling the role of “your drunk uncle,” is just fucking saying a bunch of dumb bullshit over the top of what could be an incredible listening experience.

And you know, I don’t care that the money for the physical copies of Sleeping Tapes goes to a charity that feed starving kids or whatever. Good for fucking Jeff Bridges and his charitable causes.

Like, why would anyone want to spend money on an album that has a three-minute track of Jeff Bridges humming, or spinning tales of a grown-ass man playing with Silly Putty?

Since this is a “tape,” and yes this actually is available on cassette (how fucking underground is that Jeff Bridges? HAAAANNN???!?!) the second side is the dude giving some guided meditations. Doesn’t that sound neat?

Except it isn’t. It’s awful. Musically, again, the tracks are dope as hell, but Bridges abiding all over the god damn place makes this one of the most intolerable releases I have encountered in a very, very long time.

But maybe this is the kind of thing you may like. Maybe you love Jeff Bridges, and you think The Big Lebowski is a great movie, and you will gladly hand over your hard earned money in exchange for an overpriced LP or cassette of this bullshit. Maybe you’re in on the joke—I’m clearly not. Or maybe you need help sleeping, and the croakings of a wacky old man while a bunch of horrifying sounds play in the background (and it’s those croakings that ruin those horrifying sounds) is precisely what you need to help you ease into your “cool dreaming” for the night.

PS- Bridges strangely purchased airtime during the Super Bowl to advertise the Sleeping Tapes—probably just driving more traffic to the website than anything else. The spot shows him, humming, looking like a god damn lunatic, playing a Tibetan singing bowl, while a couple sleeps in a bed he sits beside. In a room full of people, (nine of them to be exact) I had to explain what in the fuck the commercial was for, and people still, I don’t think, were quite grasping what Jeff Bridges was doing with his time these days, aside from being a proponent of “cool dreaming.”

The self-released Sleeping Tapes is available now on a myriad of formats, including a gratis digital download, if you are so inclined.