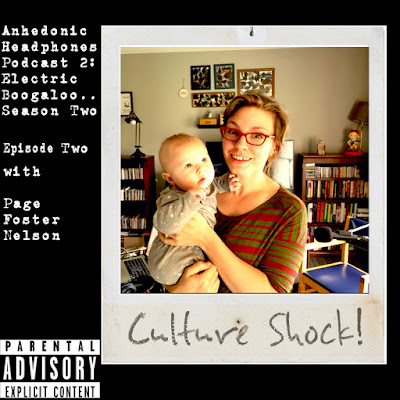 Page was my boss for a little over three years, and she was the first person I asked to be on the podcast at the end of 2018 when it was just an idea I was working on; she immediately declined, but apparently just needed, like, eight or nine months (some of those spent on maternity leave with her son) to think about what music was important to her and what she wanted to talk about.

We didn't get into anything really deep here; and after I had stopped recording, she was kind of like, "Oh, I guess we could have gotten into some other stuff," but the reluctance on her part, at first, was about being too personal on the show. And that's okay. I have learned that you can only push people so far.

You may listen to this episode of the podcast via the little streaming doodab below, subscribe to it in Apple Podcasts, in Google Play, on Spotify, or read the extended liner notes for the episode via Podbean.