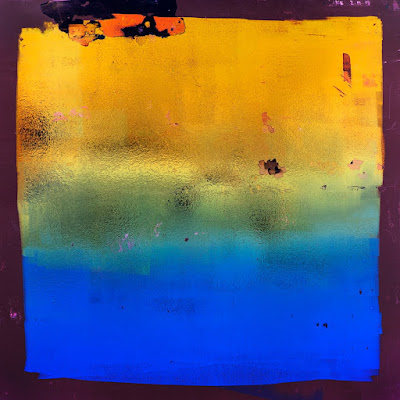 At the beginning of 2015, I had what can only be called as ‘a moment’ with A Turn of Breath, the 2014 release from ambient/experimental performer and composer, Ian William Craig.

I had heard about the album by reading Justin Snow’s Anti-Gravity Bunny—a one-time music blog, and if we’re being honest, was one of the main inspirations for this site of my own. Snow’s focus was always on the esoteric—black metal, experimental, ambient, drone, et. al. He doesn’t really write up albums anymore, and the site is now, more or less, a place where he posts interviews with artists as well as information about his two internet radio shows—A Thick Mist and Anti-Gravity Bunny Radio.

A Turn of Breath was his favorite ‘solo drone’ record of 2014, a list I happened to read after the New Year had started, and I used a part of the iTunes gift card my mother had given me for Christmas to download the album.

Earlier this year, in The Column of Disquiet—the usually really verbose and personal thing that I write for The Next Ten Words, I went into somewhat great detail about this ‘moment’ with Craig’s album, as well as the events and circumstances surrounding it.

Since I revisited this period of my life somewhat recently, and since it was really difficult to do so (more than I was anticipating, anyway) I’ll give condensed version of it here—I was in over my head with an exhausting, complicated story when I had been writing for the newspaper for less than six months, my wife and I were watching the slow decline in health of one of our companion rabbits, and I was sinking into a very deep, very dark depression. It was during this time that I found a surprising amount of comfort in “A Slight Grip, A Gentle Hold, Pt. 1,” from A Turn of Breath.

So, when I happened to see on Twitter that Craig’s label, Recital Program, was reissuing A Turn of Breath, long out of print on vinyl, in a deluxe edition with additional material, I didn’t even bat an eyelash at placing an order. 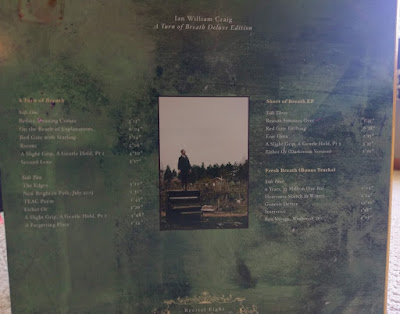 Expanded through the inclusion of the Short of Breath EP—originally a CD-R that was included with the initial run of A Turn of Breath—as well as the previously unreleased Fresh Breath EP, this edition arrives a mere four years after the album’s original release—albeit an unconventional amount of time to pass before a record is reissued, never the less, it is still an incredibly welcome collection that is still just as visceral and cathartic of a listen as it was the first time I heard it, and now, if not more so.

I am 100% certain I mention this every time I write about Ian William Craig, but I will mention it again—somewhere, on the internet, I read a description of Craig’s music that called it “Bon Iver meets William Basinksi.” To an extent, that’s a very accurate depiction, though it also sounds like it may be disastrous. Without boring people with too many idiosyncratic details about experimental music, it is, by the far, the easiest and quickest way to explain A Turn of Breath—Craig himself, on some recent releases, as moved away from this kind of an aesthetic ever so slightly.

Imagine a haunted, otherworldly falsetto voice, layered and repeated, processed through an unfathomable amount of effects and other tape loop manipulations—what would that sound like to you? It’s the kind of thing that takes you to another place entirely—possibly to an emotional place you may not have been ready for, which is precisely what happened to me as soon as the needle hit the grooves of this reissue. A Turn of Breath, all puns aside, took my breath away and devastated me all over again, putting me right back in that newsroom during a bleak and bone chilling winter, letting myself slowly slip away into a darkness that, if we’re being honest, I never really was able to fully come out of.

A Turn of Breath is constructed in such a way that it’s meant to be consumed as a whole—yes, certainly, you can attach yourself to specific songs, compelled to play them over and over again, and yes, there are moments that are more attention grabbing than others—however, it should come as no surprise to you that an album this experimental in nature isn’t exactly ‘song focused.’ These, at times, can barely be called songs, or at least, I stop short of calling them songs. Some detractors may even want to say that this isn’t music. The album is put together as a sequence of pieces, or moments, that when put together, form something much bigger and much greater.

It’s difficult to write about A Turn of Breath because, listening in this context—on vinyl—save for a couple of specific points, it’s difficult to tell sometimes when one piece ends, and the next begins, and that’s certainly intentional on the part of Craig—to create a kind of feeling, or atmosphere, that you become so invested that the concept of a beginning and an end don’t really hold a ton of meaning. It becomes about keeping that feeling and atmosphere going—the tension and release, the ebb and flow—with little downtime in between. 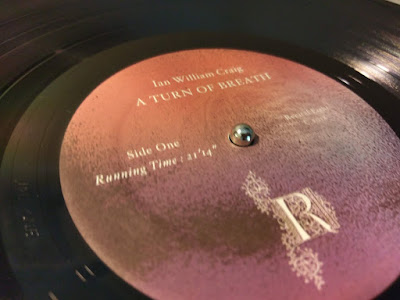 With A Turn of Breath, Craig has created a very dramatic, emotional listening experience, though he’s smart enough as an artist and performer to never let this collection succumb to its own theatricality, or to allow his method of creating these sounds become a gimmick—every layered track of wordless, falsetto singing, every tape warble and glitch—it never ceases to be a revelatory, rewarding album, even four years after its original release, it still is just as innovative and wondrous to hear.

The supplemental material included on this deluxe/expanded edition never quite reaches the majestic heights that A Turn of Breath proper does—however, all of this content was written and recorded during the same two year period of time, so if anything, it does give a little more context into Craig’s process, as well as what he was possibly more focused on constructing for inclusion on the album, and what was relegated to either the Short of Breath EP, or just was not released until now.
The previously unreleased Fresh Breath EP is, without a doubt, exponentially more ominous and unsettling in comparison to sounds found within the main LP. Comprised of a number of short works, the centerpiece is a ten-minute composition that is, more or less, an exercise in sustaining a rumbling and overpowering drone.

The EP itself begins in a statically charged dissonance—“6 Years, 33 Million” is an ominous sequence of squelches and gasps create the kind of soundscape that seems like it’d fit in well with the music used in the third season of “Twin Peaks.” In a sharp contrast, the song that follows it, “Heaviness Sketch in Winter,” finds Craig strumming away at the acoustic guitar—but it’s buried under enough tape warble and noise that it sounds like he is attempting to contact us from another dimension.

The aforementioned centerpiece to Fresh Breath is “Genesis Device,” a lengthy, sprawling composition that finds Craig pulling out all the stops and blending a little bit of everything together at once—his voice, layered and looped in various pitches and tones, along with broken tape deck noises and flitters, and a low, rumbling dissonance—al of it tumbling together into one mass of cacophony.

Fresh Breath closes with “Bon Voyage, Westbrook 210,” which is, by far, the best of the five pieces included on this additional EP—and it is the most akin in spirit to the material on A Turn of Breath, simply because it is the most mournful of this set, and it also finds Craig working with a very balanced, though very tense, reserve that the other pieces are lacking.

The Short of Breath EP is also five tracks long—two of which are alternate or additional versions/variations of pieces found on the full length album, with the other three continuing to explore the album’s overall aesthetic—Craig drops the tape warble and manipulations completely on “Erat Hora,” strumming an acoustic guitar gently while he lets his falsetto run completely wild, while “Reason Simmers Over” and “Red Gate Drifting” both find him working within similar tones and ideas, though “Red Gate Drifting” is a more kaleidoscopic track than anything found elsewhere on this reissue. 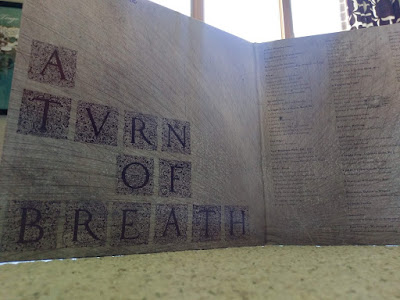 In a sense, the third take, or part, of “A Slight Grip, A Gentle Hold,” finds Craig working up a variant that merges the two movement structure of the song’s second iteration—a deliberate, steady delivery of the song’s cryptic, haunting vocals, and long, steady organ drones rippling underneath; by contrast, the irony of the “Darkroom Version” of “Either Or” is that it sounds a little brighter in tone when compared to the version that wound up on the album.

A Turn of Breath is a mystery that unravels itself to you as you listen—it takes a number of songs before it really opens up, but my goodness, when it does, it becomes like nothing I have ever heard before. I’ve listened to a lot of weird and experimental albums over the last six or seven years, many of them have unique qualities, yes, but I think that you can safely say, that even after one listen, that A Turn of Breath is truly original in both how it sounds, as well as what it does do you as a listener, or participant, with Craig never reaching what I would call moments of jubilance or celebration, but he definitely understands the rise and fall of the human condition, riding that line carefully throughout, having made an album that has to be heard to be believed—and even then, after you’ve heard it time and time again, you still may not even believe.