The Bearded Life: Every Love Story is A Ghost Story 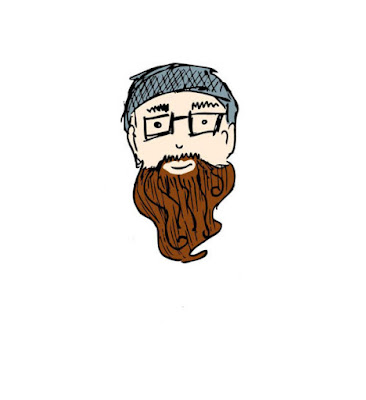 I've been writing my monthly column in the Southern Minnesota Scene magazine, "The Bearded Life," since the end of 2013. It was originally conceived as a "back page humor column," though the longer I have been at it, the harder it has grown to find the humor, or to be funny, every month.

Some of that has to do with the theme of each issue of the magazine, which is something that I try to stick with every month. But some of it has to do with me, and my own struggles– many of which have wound up as fodder for columns within the last two years or so.

The January issue is usually the "winter" issue, and in 2014 and 2015, I played along, and I wrote about the various aspects of the season that we gripe about to one another. Last year, I decided to take a different, and slightly more serious approach.

Thankfully, this January's issue is a look back at the shitshow that we have come to call 2016. It's been a rough year if you care about famous people, since many of them died. And with the way we all react on social media, you'd think that no one ever died before this year.

I used to be afraid of dying, but it's not really something I think much about anymore, and for a good portion of the year, I have been preoccupied with the notion of mortality. We all mourn for the famous actor or musician that dies, but death also hits close to home. TMZ doesn't loiter outside of the hospital when death touches someone we know.

I wanted to do something important with my column for January. And I am lucky and thankful that I had that opportunity.

This is the realest shit I ever wrote; this is the truest shit I ever spoke.
Labels: death depression mortality personal essays poorly written thinkpiece southern minnesota scene the bearded life