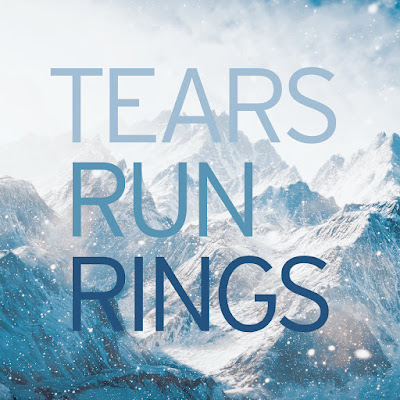 Back when I was, like, really into shoegaze music, I also had a desk job that allowed me a lot of time to putz around on the internet, which is how I came to discover a lot of bands that I listened to circa 2011-2. At the time, I also had what I considered to be a ‘disposable income,’ meaning I spent more money than I ever should have on records.

In that putzing, I somehow came across Deep Space Recordings, a small shoegaze/psychedelic imprint and distro based out of North Carolina—the label responsible for the cult classic EP from LSD And The Search for God.

In one of my early orders (there were many) with the label, I grabbed a copy of the sophomore LP from Tears Run Rings—Distance—released in 2010. Shortly after that, I ordered the band’s debut album, Always, Sometimes, Seldom, Never. This was in early 2012, and even then, information on what the band was up to at that time was scarce, and had since remained scarce until very recently, when it was announced that a new Tears Run Rings album was completed and its release was imminent.

In Surges, the band’s third full-length, explores similar territory to its predecessors—meaning it evokes the swooning, hazy atmosphere that occurs between waking life and dreams—creating a surreal listening environment.

Opening and closing with two more additions to the “Happiness” series of songs the band has included on every album thus far, In Surges begins with a slow moving, shimmering, icy introduction that fits in well with the glacially inspired cover artwork. The album itself really doesn’t properly begin until its second track, the quickly paced, soaring, and catchy “Belly Up.”

The balancing act between more post-punk inspired, faster tempo tracks and the moody, dense, and unhurried songs is what the band tries its best to do throughout In Surges; and, for the most part, it’s a balancing act that they are able to maintain, often through alternating back and forth between the two different styles within the structure of the album. Or, in the case of the slow motion, jangling and shimmering “Part of The Glass,” they combine both.


In Surges’ finest moments arrives near the end in the form of “Destroyer”—it’s lengthiest track that conjures up heavy, dreamy Cocteau Twins vibes along with all the .GIFs of Audrey Horne dancing in the Double R that you can imagine.  Tears Run Rings then follow this up with the album’s most rollicking and driving—“Something You Can’t Hide.”

The aforementioned structure to In Surges also proves to be its fatal flaw. Throughout the course of the album’s ten tracks, it struggles to maintain a steady level of energy as it moves from song to song while shifting tone and atmosphere. It also is the kind of album that it is very easy to get lost in—which is both a good and bad thing in this case. Good, because that only enforces the feeling of that space occupied between waking and sleeping; bad, however, because at times, the album all starts to sound just a little samey since many of the songs are patterns cut from the same cloth.

I may not listen to nearly as much shoegaze as I did during a different time in my life, but it’s still a genre that I have a soft spot for. Following their six year absence, In Surges is a welcome return for Tears Run Rings, and it is the kind of record that pays tribute to the bands that came before during the initial heyday of the genre (Slowdive, mostly), all while bringing some fresh perspective to the sound.

In Surges is out now on LP and as a digital download, via Deep Space Recordings.