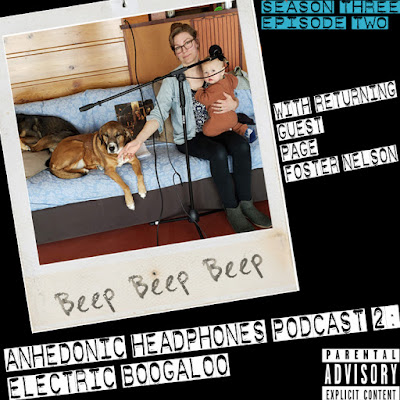 Shortly after Page, my old boss, recorded her episode from season two, she realized that being on the podcast with me, and talking about music (and her life) wasn't going to be nearly as awful and difficult as he had initially thought. And much to my surprise, and delight, she was interested in taping another episode.

So here we are, slowly rolling out season three, with Page discussing a handful of additional songs from her (more recent) life, and this one was recorded shortly before the rona-related panic really started to set in.

You may listen below, via the streaming thinger, go to the Podbean site directly for expanded liner notes on the episode, or subscribe if you haven't already done so via your favorite streaming service: Apple Podcasts, Google Play, or Spotify.