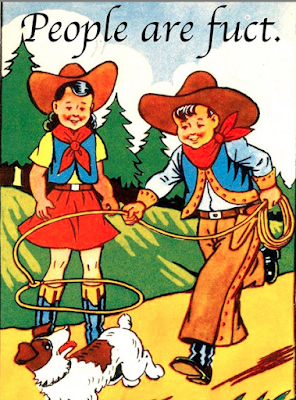 If one album, From Here to Eternity, comprised of three hours of material spread across 18 tracks weren’t enough for you from the Canadian ambient/experimental guitarist and composer Kyle Bobby Dunn, the man has already returned with a companion piece of sorts—running another three hours and spread out among another 18 tracks, FHTE-B is a collection of material recorded throughout the lengthy sessions for the record proper.

Pulled together from what Dunn calls ‘session demos and versions of works,’ recorded anywhere between 2012 and even earlier this year, I think it goes without saying that FHTE-B is a less cohesive and tightly structured record when compared to From Here to Eternity, but even for what you could carelessly write off as a ‘b-sides collection,’ it can still be an incredibly surprising, rewarding, and as anticipated, emotionally draining listen. 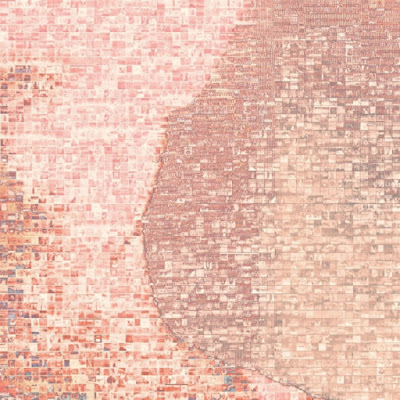 There is some overlap at times, between both this collection as well as From Here to Eternity—a handful of the songs that made the final cut for the proper album appear hear in earlier, unprocessed forms—the most fascinating of which is a highlight from FHTE, “Triple Axel on Cremazie,” which arrives here as a demo, dated Valentine’s Day 2018. Lacking the ethereal piano that cavernously tinkles throughout the completed piece, the demo version relies solely on Dunn’s mournful, glistening, swirling guitar-based drones; even in this early form, it is one of the most impactful pieces of his career thus far, juxtaposing something haunting, something somber, and something beautiful, all at once.

Elsewhere, Dunn explores a pensive, melancholic sustained tone on the “Chinook Centre Suite by Scott Morgan” variant of “Foothill Medical,” and then juxtaposes the melancholic and gorgeous, with his ability to drift slightly into something much more unsettling on “Everlast/Mon éternelle.”

The centerpiece to From Here to Eternity is the lengthy track, “September and Her Sudden Drones,” spread out across 23 minutes and sequenced right in the middle of the record. There is no centerpiece, per se, on FHTE-B, based on the nature of it alone—however, an alternate mix of that track, here simply titled “September Drones,” arrives near the end of the collection, and provides a weighty, sprawling conclusion.


FHTE-B’s finest moment also is stowed away near the end, in the form of “Kiefer McLaughlin (Autumn of Years Later Suite),” a gorgeous, incredibly somber, and slow burning piece that Dunn keeps simmering for 11 minutes, contrasting a steady drone in a higher register, with deep low swells that continue to wash to the shore. A three hour album is certainly a lot, but I feel like “Kiefer McLaughlin” is mournful enough to have earned its place somewhere on the album proper.

I think it goes without saying that what more or less amounts to a b-sides collection, or at least what is presented as a b-sides collection, is not an excellent starting point for someone unfamiliar with the work of Kyle Bobby Dunn—this is certainly a record ‘for the fans,’ or for people who found themselves, only mere months ago, absolutely lost at the evocative atmosphere Dunn created on From Here to Eternity, and are looking to go just a little further out into something similar. It also serves—and I think this is more the intent with a record such as this—as a glimpse into the creative process, as well as how the pieces from the record began and then later evolved.

From following a handful of ambient, experimental, and drone artists on various social media outlets, I get the impression that, as a genre, it can be a relatively close-knit community at times, based on the amount of support and collaboration I seem to witness.

I have Federico Durand to thank for introducing me to the Japanese ambient performer Chihei Hatakeyama—the two first collaborated back in 2015 with Magical Imaginary Child, then again in 2017, with Sora. Hatakeyama is also a solo artist, and operates his own imprint, White Paddy Mountain—and Durand is not the only artist Hatakeyama has released collaborative efforts with; of the sprawling discography he has available on the White Paddy Mountain Bandcamp site, around 10 of his releases are works with other artists—his most recent collaboration is Jodo, a four track effort with the Belgium based performer Stijn Hüwels.

Translating to “Buddhist Paradise,” Jodo finds the two minimalist composers working with electric guitars, field recordings, and an analog synthesizer to craft what is, unsurprisingly, a record that reveals itself at a very deliberate pace, allowing the listener, all too easily, to get lost in it. 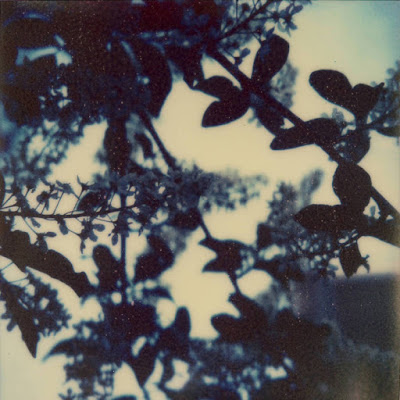 The album’s opening piece, “Ha Tengo,” is also its longest, unraveling over the course of 20 minutes. In a way, it serves as a mission statement for the record—that is, if an album of instrumental, ambient music can even have a mission statement—but the piece itself is indicative of things to come with the rest of the album.

For the duration of Jodo—almost an entire hour—Hüwels and Hatakeyama work effortlessly to blur the edges of where their instrumentation, as well as themselves as performers and collaborators, meet. There’s a bittersweet gauzy haze that hangs over a bulk of this record that leaves listeners in a bit of a swirling, swooning, and melancholic state while it unfolds around them.


“Ha Tengo” is perhaps the album’s most evocative track—with the duo working to build small layers of guitars shimmering, bending, and twinkling that are slow to find resolution as the piece very gradually works towards an ending; its predecessor, “Su Neka,” is similar sonically, but as Jodo progresses, the sounds the two concoct become more and more cavernous and muddied. Once the album reaches its second half, on “A Nmo,” the instrumentation is harder to distinguish, and the distinction between Hüwels and Hatakeyama as collaborators drifts further away, leaving the listener surrounded by sounds that perpetually circle them.

The natural progression of the album’s sound reaches its conclusion on “Na Gomi,” a 10 minute, very warm sounding sustained drone that, as hypnotizing as it may be, and be the logical conclusion for a record set on a track such as this, lacks the distinct and dreamlike construction of Jodo’s earlier moments. With that being said, it’s still a worthwhile listen for both those who are familiar with Hatakeyama’s output, those who are always interested in hearing about yet another ambient, experimental composer they may not have been aware of, and those looking to get absolutely immersed in an album that becomes less of about being an album and more about being a short, transformative journey.

As it turns out, I also have Federico Durand to thank for hearing about Hacia La Luz, the new effort from David Cordero—the link to which Durand shared via his personal Facebook Page.

Released via the Archives label—both it, and Cordero himself are from Spain—Hacia La Luz, which roughly translates to ‘Towards The Light,’ is by far the most viscerally emotional listen of the three releases profiled in this ‘ambient round up.’ Hacia is eight tracks long, but the album itself is really only four pieces—the back half of the album is comprised of four remixes—one of each song from the album proper (Durand himself is credited here for remixing work on “El Eterno Retorno.”) 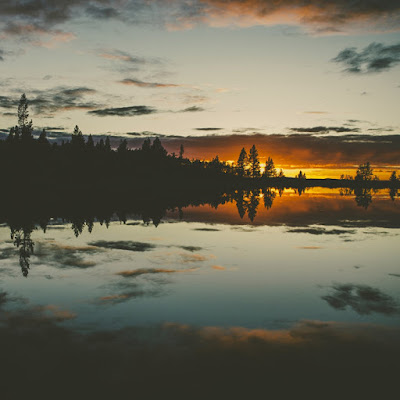 If you didn’t know anything about the backstory behind Hacia La Luz, and simply just listened to it, it is very, very obvious that its intent is to be emotionally devastating—something that, I am guessing, is not very easy to do with wordless music, but it’s something that so many ambient and experimental composers do so well—evoking that kind of a response from a listener.

On the Bandcamp page for Hacia La Luz, there are a few liner notes regarding the album, the most important of which is, more or less, the conceit for why this music is so impactful—“June of 2018, after 17 years of fighting cancer, my mum had been given three months to live. It was then when I made the decision to be by her side during the last moments. This work is all the music I wrote over the course of those months. In Cádiz, next to the ocean. By her side. I stopped writing and recording the 25th of August.”

The album opens with its two most emotionally draining pieces—I mean, this is the kind of stuff that if you make the mistake of listening to it in the wrong place or at the wrong time, it’ll ruin your whole day. “El Eterno Retorno” is the album’s longest composition—one of two that run slightly over 10 minutes in length. It is also the most melancholic and heartbreaking in its arrangement—with a warbled, pitched down piano endlessly, slowly, and cavernously ringing out, building up this terrible and very, very real feeling of sadness and loss inside of you. It becomes a moment that is so gorgeous that you don’t want to stop listening, but it’s also so upsetting, you want it to end.

The subsequent piece, “Sevredol,” had a similar effect—a swirling, dizzying spiral of sustained, shimmering guitar ripples that sound absolutely mournful the further the piece unravels around you.

The latter half of Hacia La Luz—at least until you get to the supplemental additions—is no less impactful, but it has a less immediately visceral effect. “Habitación 218” swirls around steadily with layer upon layer of warm sounding synthesizers, arriving as possibly the most meditative composition included. The final piece—the starkly titled “25 de Agosto, 3 a.m”—is the most bittersweet of the bunch. That fact is not surprising—I guess what is surprising, given what you know about the creation of the record, is that this track is not the most devastating. It ripples along, like sunlight peaking through trees as you drive down a long road—as you drive away from something you’ll more than likely never be able to outrun. It’s heartbreaking, sure, but in a less direct way. The melancholic, bittersweet feeling eventually resolves into something that even gives a small flicker of something that sounds hopeful—reminiscent of some of best executed pieces from the 2009 album Riceboy Sleeps, constructed by Jonsi from Sigur Ros, and his partner Alex Sommers.

The included remixes aren’t unnecessary—but they also aren’t totally integral to the enjoyment and intent of the first four pieces from the record. They are, more or less, funhouse mirror reflections of their source material: Durand, on the aforementioned remix to “El Eterno Retorno,” bends and warbles the piano even further, leaving it almost unrecognizable, save for a few moments when something will strike you as a feeling of something vaguely, chillingly familiar; The Sight Below remix of “Severdol” adds some ethereal wooshing, speeds up the original guitar ripples, and shoehorns a reserved, minimal ‘club’ beat underneath it all; the ‘Warmth’ remix to “Habitación 218” distorts the original synthesizer layers, making them a little more robust (if not louder) and, even, maybe a little warmer sounding?; and the dot tape dot remix of “25 de Agosto, 3 a.m.” finds the track almost feeding back onto itself, warped and overblown at times, making it sound almost whimsical—like it’s coming from a broken down child’s music box.

Of the three releases profiled, Hacia La Luz is the one that never loosens its grip, emotionally speaking—an urgent album that is boiling over with an emotive power, making it the kind of thing you should listen to in the privacy of your own home, or in a quiet, personal moment, and not while you are, say, at work, trying to focus on something at your desk with other people around you.