Album Review: Chihei Hatakeyama - Journey to The End of August 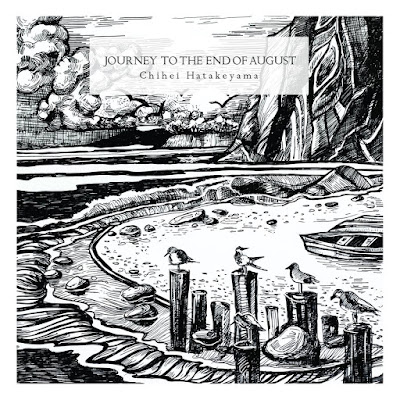 There’s a lot of experimental, ambient, and instrumental music out there in the world.

Some of it is awful, and there’s enough of the awful stuff out there—or at least, the uninteresting and insipid—that makes it difficult to sift through it all to find something worth listening to.

Some experimental, ambient, and instrumental music evokes a strong emotional reaction—like a bittersweet nostalgia, or a melancholic longing.

Some just makes you sad, and you don’t know why.

And some ambient music simply exists—it’s there for you, and it doesn’t necessarily bring out some kind of visceral feeling in you. It may simply provide comfort, and in a sense, it may try to provide you with moments of contemplation and calm.

The latest effort from Japanese ambient and experimental composer Chihei Hatakeyama does just that—in times of stress and tumult, Journey to The End of August washes over you slowly and deliberately, allowing you to try, if you can, to clear your mind and find, even if just for a fleeting moment, a small sense of peace.

Hatakeyama is one of more prolific ambient artists working today—I erroneously assume that last summer’s Mirage was his last release prior to this one; however, the Bandcamp page he operates for both himself and his label, White Paddy Mountain, tells me otherwise—in the last nine months, he’s put out three additional solo efforts, plus one collaborative album.

Journey to The End of August, released through the Ukrainian label Hidden Vibes, is comprised of three lengthy pieces, and the material itself dates back to the end of 2015. Much like the way these compositions unfold at a glacial pace, Hatakeyama continued to tinker with these works until the fall of 2017.

Of the three pieces included on the album, the first track, “MoonRight,” is perhaps the most gorgeous, as well as the most enrapturing. Unfolding as slowly and gradually as possible over the course of 20 minutes, Hatakeyama blends glistening synthesizer tones and shimmering guitar drones. In doing so, seems to make time come to a complete standstill—the music just takes you over. And he does such a seemingly effortless job at it, that you don’t even realize just how much of it you’ve let wash over you until you’re way beyond the halfway mark.

August’s second track is its shortest. “Cluster Amaryllis” continues in a similar tone as its predecessor, but it, in an indirect way, pushes things into a slightly more somber, or at the very least, extremely pensive direction. Again, Hatakeyama exerts incredible control and precision in how gradual the balance in rise and fall is on “Cluster,” and for a piece that seemingly moves along at an equally as slow of pace, it is actually finds its resolution in a comparatively quick fashion.


The album’s final, and titular, piece is also its moodiest. Not so much an inverse of “MoonRight,” “Journey to The End of August,” however, does away with the slight hopefulness in sound, as Hatakeyama switches it out for something more on the mournful side. It’s not ‘sad,’ per se, but of any of these pieces, it’s this one that would evoke a more emotional response. It’s less about sliding in to a meditative state and getting lost in the ocean of sound, and more about opening yourself up into the place where your emotions and the music slowly collide.

In a sense, Journey to The End of August is more of a straightforward (if you can believe that) effort from Hatakeyama, in comparison to Mirage, for example, which played with tone and atmosphere, as well as incorporated additional experimentation in the form of field recordings. I hesitate to say that it’s ‘essential’ listening for fans of ambient and instrumental music, but it is a worthwhile effort never the less.

There’s a joke on the internet, and the punch line is, ‘It’s called self care.’ Whether joking about self care or not, if you are able to take an hour out of your day once in a while and just zone out, Journey to The End of August is a recommended soundtrack as you attempt to lose yourself and let things go, even if just for a little while.

Journey to The End of August is out now via Hidden Vibes, and is available as a digital download, and as a limited edition compact disc.