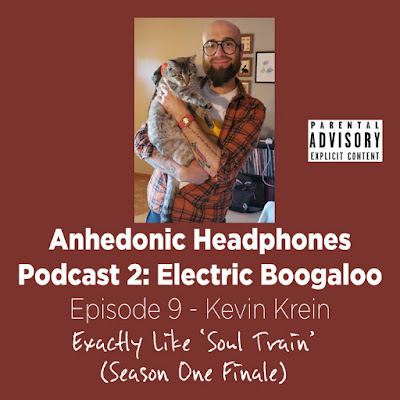 At the end of 2018, when I was thinking about launching a podcast, I wasn't really sure what to expect. The conceit of the whole thing—interviewing my co-workers about music that meant something to them—seemed interesting and charming enough to hopefully sustain itself for a while. What I hadn't counted on was people being too anxious or intimidated to do it, people being too preoccupied to focus on selecting music they'd want to talk about, or people just not really liking music all that much—at least, enough to talk about it at length with me.

In some cases I learned a lot about my co-workers; in other cases, I wish they would have divulged a little more, or maybe I would have pressed them a little harder to open up more. I learned about what kind of audio equipment I needed to use to make the thing sound listenable. I learned that Garage Band is a super unstable program to record and edit in, yet I continue to use it anyway.

I was hoping I'd make it to 10 episodes and then call it a wrap for a 'season,' But after struggling to pin down a ninth guest, I opted to do this to myself, say it's 'a season,' and then try to figure out a strategy for the fall or winter to bring it back for season two.

My wife Wendy was kind enough to sit through 90 minutes of me talking about music, and that means even with editing it down and dropping the music in, it's still a two hour podcast. You may listen below via the lil Podbean doodab, subscribe in the iTunes store (which will become Apple Podcasts in the fall I guess?), or via Google Play. Or you can read the extended show notes on the Podbean page.