This House Feels Like an Old, Lost Song - 'April' turns 10 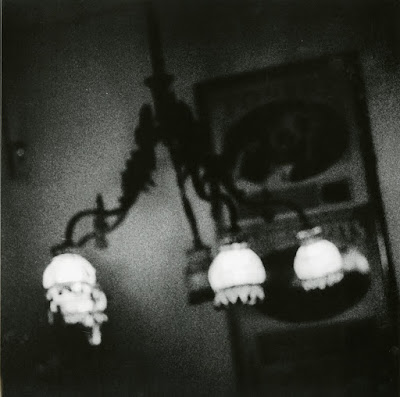 If there’s one artist who has spent the last decade doing irreparable damage to both his career as well has the former part of his canon, it’s Mark Kozelek.

My disdain for Kozelek’s latter day output has been very well documented, so there’s need to reiterate—however, the crossroads for both Kozelek himself as an artist, as well as me, as a listener and fan, is April, the third album he released under the Sun Kil Moon moniker, on April 1st, 2008.

Time has been surprisingly kind of April—time has been less kind to Kozelek himself; even when it falters in places, it’s still listenable and enjoyable from start to finish. It’s not perfect, but it comes close, and it’s really his finest work to this date. The word that comes to mind almost immediately when thinking about April is ‘majestic.’ It’s an album that opens with a grand, majestic sweep, and from start to finish, it’s anchored by crisp production values, rich sounding instrumentation, and lush arrangements; it ends in a near whisper, with a final, dramatic, nylon string flourish.

While Ghosts of The Great Highway could be seen as a slight longing for the Midwest from which he fled, there is no set location where April takes place; the open track—the masterful, iconic “Lost Verses” is a love letter to Kozelek’s beloved San Francisco, his adoptive home since founding the Red House Painters. Forgoing geography, April becomes, and always was intended to be a meditation on a long standing grief, and an effort to possibly process it, or at the very least, be a little more open about it.

‘Katy,’ a former love of Kozelek’s when he was young, was forever immortalized in the somber, spiraling “Katy Song,” found on the first self-titled Red House Painters album; within the liner notes for Songs For A Blue Guitar, you’ll see the record was dedicated to her. While they had split up, Kozelek attests that they remained close, and Katy passed away while he was putting together the first Sun Kil Moon record, 2003’s Ghosts of The Great Highway.

Her passing is a minor theme touched upon through very fragmented imagery on Ghosts, but it took Kozelek five years to properly set his thoughts to music. April is an important record for a number of reasons, but it’s his songwriting that may be the most important—it reaches its peak throughout these eleven songs. Kozelek finds the balance between evocative imagery, bittersweet memories, melancholy, and himself; it’s on April that he begins to put himself into his songs as a character, or a protagonist. And it’s on April where that is most successful for him.

It’s on the late arriving “Tonight in Bilbao” where it’s possibly the most successfully executed, where against a steady beat keeping time and small, rolling waves of electric guitar, Kozelek recounts traveling across Europe on tour—“Walked in the room, soaked up its fumes/Surveyed the faces I am lying to,” he sings in the song’s first verse, then later, the song’s most telling—“Gave what I had, gave my heart though I was broken and falling apart. Gave for the memory of a friend—not for myself and not for them.”

Katy, and his life with her, is also the central focus of “Moorestown,” a swooning, delicate song that arrives at the halfway point. Musically, it’s similar to some of the more gorgeous moments from Ghosts of The Great Highway, as Kozelek weaves together fragmented memories from his past—“I followed her across the earth, through parks in London, coasts of Perth. Newport, Kentucky, New Orleans—we shared a million lives, it seems,” he sings in earnest before the song ends in somber heartbreak. “She moved away to Williamsburg, her eyes, sad eyes were waving. My thoughts will pause, my throat will swell when her name is spoken.”

She is also, presumably, referenced in “Like The River,” which is one of the album’s least memorable tracks—arriving too late, and upstaged by both what comes before it, and right after it, as well as in “Tonight The Sky,” the sprawling, 10-minute opus that becomes, in a sense, April’s “Duk Koo Kim.” Maybe it’s wrong to compare both of them—“Duk Koo Kim” is, hands down, a far better song, however “Tonight The Sky” is where Kozelek and his stable of players tap into their Neil Young and Crazy Horse-esque electric guitar hysterics, including a mid-section breakdown that includes dueling, noisy solos that build into a cacophony of feedback and dissonance before it works it way back into the song, two minutes later.

Kozelek has never been one to shy away from long albums—released under his own name, the Red House Painters, or Sun Kil Moon. The length is not the issue, really, and April is structured with an ebb and flow; it begins incredibly strong with the nearly 20-minute double shot of “Lost Verse” and “The Light,” before losing its momentum ever so slightly with the run of “Lucky Man,” “Unlit Hallway,” and one of the album’s worst songs, the unrelenting, hypnotic, and ominous “Heron Blue,” which is strangely, one that Kozelek probably made a ton of cash off of, as it was used two years later in a trailer for the Gears of War 3 video game—something I never really quite understood.

That ebb and flow is mirrored slightly on the second half of April, with the surprisingly optimistic and nostalgic sounding “Harper Road,” and the aforementioned “Like The River,” before it concludes with the extensive “Tonight in Bilbao,” and the stark, pensive, and precise nylon string acoustic pluckings of “Blue Orchids.”

In a way, it makes sense that April concludes with this song, and that sound.

Two months after the release of April, Kozelek embarked on a short solo tour in support of it; on stage in Minneapolis at the Varsity Theatre, he was accompanied by an additional guitarist, and the Low side project, the Retribution Gospel Choir, served as the opening act.

The show itself started much later than it was supposed to, pushing Kozelek’s set time back late into the evening. He played a 13 song set that ended a bit abruptly, then returned for a two song encore—the set favored April, as well as three songs from the partially maligned Modest Mouse covers album, Tiny Cities, that he released in 2005; he also managed to find it within to play two Red House Painters songs, including the fan favorite “Summer Dress.”

There’s a lot of talk about separating the art from the artist—and it’s something that I struggle with reconciling when I listen to old Red House Painters records, or even when I made the decision to get the recent vinyl repressing of Ghosts of The Great Highway; while, at one time, Mark Kozelek was a talented singer and songwriter, responsible for music that soundtracked some of my formative years, he is, by all accounts, a huge piece of shit.

The countless examples of Kozelek’s incredibly cantankerous nature are very well documented at this point, but ten years ago, they were not as well known, or at least maybe not as publically displayed.

“When I used to play here with the Red House Painters,” he said to the audience at the Varsity Theatre in 2008, “there used to be so many cute girls in the audience.” He continued to lament the lack of attractive women in the crowd that night, adding that the only ‘cute girls’ present were on the arms of ‘pudgy ugly dudes.’

He later went on to improvise a short verse about ‘pudgy ugly dudes in Western shirts,’—a phrase he’d later incorporate into the lyrics of “Third and Seneca.” “Scensters with their beards and tennis shoes/skinny girls and pudgy ugly dudes.”

There’s a story that a number of years ago, Kozelek paid a guy to switch seats with a woman he found attractive so she’d be in his sightline while performing—as ridiculous as this sounds, it’s on par with his overall misogynistic attitude, and it’s one of the things that makes listening to his earnest grieving over Katy so difficult to stomach now. How can he see himself as some kind of heartbroken troubadour, as well as a folk music lothario?

April is representative of the shift where the idea of Mark Kozelek as a singer and songwriter began to shift, and over the last decade, it’s become impossible to distinguish the person from the persona.

He regularly insults his audiences in live settings now, as well as on record, but the ‘pudgy ugly dude’ line in “Third and Seneca” is the first time it ever wound up on tape—fittingly, the song is taken from Admiral Fell Promises, the follow up to April, released two years later. The album is entirely performed on the nylon string acoustic guitar—a gimmick he only, within recent years, grew out of—making it so every song sounded exactly the same; all of them incredibly boring. His solo live performances, too, suffered from that same fate. It would take him getting to the first line of the song before the crowd was even able to recognize which song it was.

I would argue that April is the last good record Mark Kozelek has made; I know that some people would agree with that, and others would not. Others will make a case for Admiral Fell Promises; some will still try to find merit in his prolific, strange, and frustrating output of today.

How do you separate the artist from the art? Is that something you can even do in every case? Will I ever be able to shake the thought of, ‘Man, this guy is a piece of shit,’ every time the needle hits the wax, and the opening acoustic guitar strums of “Lost Verses” begin?

Maybe you just have to take it for what it is—a representation of a different time and place. Things were different for me in 2008, as I am sure they were for you, as I am sure they were for Mark Kozelek. April has, for the most part, aged well as an artifact of era, and that’s what it is. It’s a record that I haven’t exactly carried with me through time, but I haven’t forsaken it. For me, and for Kozelek, it’s the sound of a place neither of us can get back to.