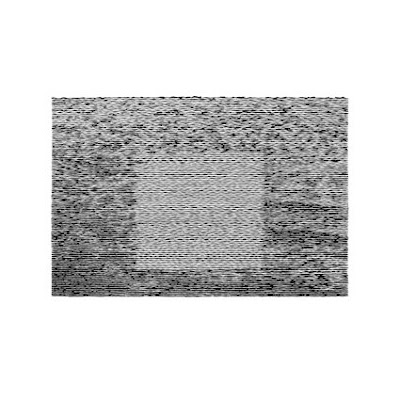 By October 2014, less than two full months on the job as a writer for the newspaper, I had, apparently, already become too overwhelmed by the frenetic pace of the profession, and had already slowly begun my descent into a very deep and dark depression.

I say this now, almost four years later, because, for starters, I am in an exponentially better place; but as I prepared to sit down and write a review of the new Grouper album, Grid of Points, I went back through to see the last time I had written about Liz Harris’ acclaimed, atmospheric project.

The last time I wrote about Harris was in 2013, when Dragging a Dead Deer Up a Hill was reissued alongside its then new, but previously unreleased companion album, The Man Who Died in His Boat. Had Harris really not released any music in five years?

My computer’s iTunes library tells me otherwise—Ruins, released on October 31st, 2014, had been downloaded and added a few weeks prior to that. I’m going to guess that at the time, I had every intention of listening to that record, and writing a review of it, but I also know that around this time, I can recall finding the balance for listening to music, music writing, and what I was doing for a living, becoming increasingly difficult to maintain.

To have a better understanding of Grid of Points, it is recommended to revisit Ruins—or in my case, actually sitting down with it for the first time; they aren’t really companion pieces, per se, but there are a number of similarities in both as the are both, at their core, ‘piano records.’

They are also both incredibly somber sounding—Grid of Points more so.

As Grouper, Harris hasn’t always made ‘sad’ sounding music; her earlier works, like The Man Who Died in His Boat and Dragging a Dead Deer relied heavily on the atmosphere she created by drenching everything in heavy reverb. Both of those records are structured around the acoustic guitar, making for not so much a ‘spectral folk’ sound, but rather, spooky folk. They sound like they were recorded in the deepest part of a catacomb with how the sounds of her guitar strums and multi-tracked vocals circle around in a never-ending spiral.

More recent Grouper albums, like Ruins and Grid of Points strip away that reverb slightly, or at the very least, that claustrophobic and cavernous feeling. There is an old, haunted sound coming from Harris’ piano, and her voice is still very effected, but now, rather than creating a dizzying, lo-fi swoon, she’s built a somber, plaintive environment of tension with no release; these songs just sound sad. It doesn’t matter what she she’s actually singing about—Harris could be reading the phone book for all I care. Grid of Points is less concerned about the content, and more about evoking a feeling, and in that sense, it is a success.

Grid of Points is a concise, stark, gorgeous cycle of songs. A sparse seven tracks—one of which is a 50 second intro to the album; another actually concludes after roughly two minutes and finishes with another two minutes of what is presumably a train coasting over its tracks—the record is 22 minutes long, and even when the album ends in two minutes of field recorded metallic clanking, Harris has created something captivating.

She’s got a gorgeous voice—breathy and fragile, sometimes not even rising above a whisper—as she delicately places her fingers on the piano keys, each plunking incredibly deliberate in how long she lets it ring out for before moving along to the next note. With an album so insular as this, and as moody as this, there’s no ‘single’ from Grid of Points, but there are moments that certainly stand out from the rest, although it is clearly meant to be ingested as a whole.

The album’s second track, and first proper ‘song,’ “Parking Lot,” is probably one of its finest, and really sets the stage for what’s to come as far as the melancholic vibes coming from both the piano as well as Harris’ voice. Some songs make you sad with their lyrics; here, she effortlessly makes you sad with the world she crafts only using very little. The next song, “Driving,” has a very similar effect, and on it, Harris uses plays with the pauses and short bursts of silences between words and piano notes like they are another instrument.

Grid of Points is based around the idea of creating a feeling, but within that feeling as a whole, Harris is able to concoct additional spirits; some songs are slightly more inviting than others. The haunting dissonance of “Birthday Song,” arriving later in the record, makes it one of the more difficult pieces, but in minor contrast, the song that follows it, “Blouse,” is the kind of song you can get lost in with the deep, dark moments of emotional silence Harris includes in between her words and music.

I think it goes without saying, 800+ words into this, that Liz Harris doesn’t make music for everybody—it’s adventurous and fearless, but it’s not confrontational or abrasive. Well, at least Grid of Points isn’t abrasive; there was some harsh experimentalism in some of her earlier efforts, but this is a relatively even, low-key affair. It’s not the kind of thing that serves as a great soundtrack for warm, sunny, spring days, which is ironic since that is what the weather is like right now. It’s better served for when you are in the depths of a cold and seemingly endless winter.

Full of sparse songs that don’t exactly get ‘stuck in your head,’ Grid of Points, however, creates a visceral feeling that will haunt you long after the sound of the train clanging on the tracks has faded into the distance.

Grid of Points is out today, on vinyl and compact disc, via Kranky.